7 Nippon Professional Baseball Players You Need to Know About 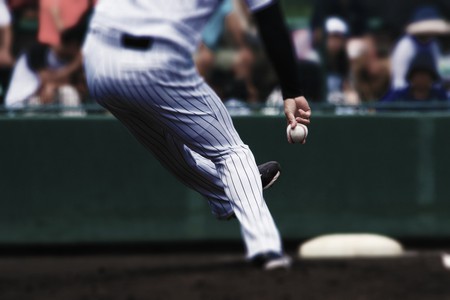 Who will be the next Major League sensation from Japan? | © Ren Saijo / Flickr

Shohei Ohtani, the superstar ballplayer from Japan’s Nippon Professional Baseball (NPB), was the biggest international signing to the MLB this winter. To make the move like Ohtani did from Japanese to American baseball, a player must either become a free agent by completing nine years of service with NPB or be posted by their team to MLB. Here are seven other players from Japan to keep an eye on.

The Hokkaido Nippon-Ham Fighters aren’t licking their wounds just yet after losing their star pitcher Ohtani to the MLB; they were able to draft top high school player Kotaro Kiyomiya as a first-round pick. Kiyomiya, who hit a record 111 home runs over his high school career, is already being proclaimed Japan’s next superstar slugger. The 18-year-old player is likely to be on many an MLB team’s radar in the coming years.

Another player who isn’t likely to languish in Ohtani’s shadow is left-handed pitcher Yusei Kikuchi, who plays for the Saitama Seibu Lions. He’s known for his nasty slider and has a fastball that’s topped 158 km/h (98 mph). At 26 years old, Kikuchi is, in fact, Ohtani’s elder and hails from the same region of Japan. Kikuchi even played for the same high school baseball team in Iwate prefecture as Ohtani, although he graduated before Ohtani joined. While their roles may now seem a bit reversed, with Ohtani breaking into the MLB before Kikuchi, the current Lions pitcher is sure to cause a stir when he hits free agency in 2020.

The bright star on a team of otherwise ‘lovable losers’, 25-year-old Tetsuto Yamada is the second baseman for the Tokyo Yakult Swallows. Standing at 5’10” and a lean 163 lbs, Yamada may not strike the most imposing figure, but he is nonetheless one of the NPB’s top hitters. In his breakout 2015 season, he set the NPB record for most home runs by a second baseman, led his team (which had sat at the bottom of the league the previous two seasons) all the way to the Japan Series, and was named the 2015 Central League Most Valuable Player. Yamada also became only the ninth player in NPB history to join the ‘30-30 club’, hitting 30 home runs and collecting 30 stolen bases in a single season — and then did it again in 2016.

Outfielder Yoshitomo Tsutsugo is one of the best hitters in Japan, recording the most home runs in all of NPB during the 2016 season with 44 homers. The 26-year-old caught the world’s attention in 2017 when he hit three home runs in Japan’s first six games at the World Baseball Classic. As captain of the Yokohama DeNA BayStars, Tsutsugo led his team to a Central League title in 2017, though they lost the Japan Series (the NPB equivalent of the World Series) in six games. If he can bring home a championship title to Yokohama, Tsutsugo’s next big target may just be American baseball.

Twenty-seven-year-old Ryosuke Kikuchi is the second baseman for the Hiroshima Toyo Carp and arguably one of the best defensive players in Japan. Kikuchi has five Mitsui Golden Glove awards — one for every full season he’s played in the big leagues and has been called ‘wizard with his glove’. At the 2017 World Baseball Classic, Kikuchi impressed the rest of the world with his stellar defense, making a ridiculous catch in a game against Team Netherlands, where he got the runner out with a diving backwards glove flip as he hit the ground. Although Kikuchi is not a power hitter, he is consistent in getting on base where his speed can shine.

Although it’s still early yet in the NPB career of Seiya Suzuki, aged 23, the Hiroshima Toyo Carp outfielder is definitely one to follow. A former high school pitcher, Suzuki has an excellent throwing arm and is absolutely killing it in right field. Suzuki experienced a breakout season in 2016, during which he was called ‘godlike’ in Japan for his clutch performance, and he was the youngest player on Team Japan at the 2017 World Baseball Classic.

The Fukuoka SoftBank Hawks have never posted a player to the MLB, but that may soon change with Kodai Senga, the 25-year-old right-hander who dominated as a relief pitcher at the 2017 World Baseball Classic. With Senga’s excellent velocity and above average fastball that reaches 156 km/h (96-97 mph), many already see him as a Major League-caliber starting pitcher. Although Senga has reportedly already stated his desire to play baseball in America, it remains to be seen when, and if, the Hawks will post him.