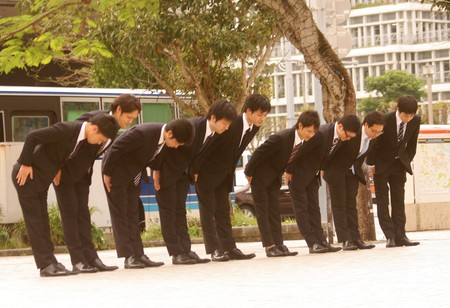 The Japanese language has some pretty distinct differences from English: it uses three writing systems, has a completely different grammar and syntax, and relies much more on context. Non-verbal communication can also prove challenging for visitors to Japan – here are the top signals to look out for.

In English speaking cultures, the non-verbal gesture for ‘come here’ is typically a palm-up hand motion where the fingers or entire hand are used to beckon or wave someone over from a distance. In Japan, this is a similar motion but with the palm facing downward. You may be summoned in this manner if someone is trying to assist you, such as a station attendant when taking the train. 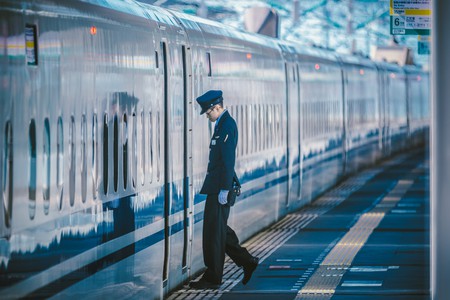 Although Japanese people are largely friendly towards foreign visitors, some people experience anxiety about speaking English and may wave off travelers with an apologetic ‘no’ gesture. This looks a bit like the Western body language used for a bad odor, with the hand waved back and forth in front of the face, but with less wrist action and positioned a bit closer to the chin rather than in front of the nose.

In rare cases, you may be denied service in a manner that’s somewhat stronger than the standard ‘no’ gesture. A very strong no is communicated non-verbally by crossing one’s forearms in the shape of an ‘X’. This may be accompanied with a verbal “No” or “No English”.

When taking the train or walking through a congested area, you may encounter the non-verbal signal for ‘excuse me’ if someone is trying to get by you. This involves holding one arm in front of your body with the elbow bent at a 90-degree angle. Many people also duck their shoulders a bit as they pass by to be as non-imposing as possible. This non-verbal gesture may be accompanied by a verbal “Sumimasen”, meaning “Excuse me”. 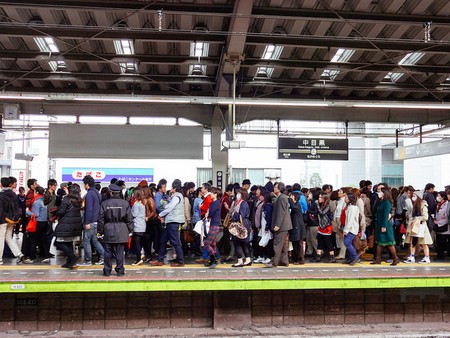 In English, the non-verbal signal for ‘OK’ can be a thumbs-up or an ‘OK’ made with the thumb and index finger, with the three remaining fingers splayed open. However, in Japan, the non-verbal signal for ‘OK’ is a much larger gesture, made by holding your arms above your head in the shape of an ‘O’ similar to a ballet pose. This is typically used to signal from a distance or in a large group of people, rather than face-to-face. You may recognize this same gesture as the smartphone emoji for ‘OK’, which features a person holding their hands over their head.

When requesting the check at a restaurant in English, some people like to make a scribbling gesture with their hand to indicate signing a credit card receipt. This non-verb signal should also translate in Japan, but there is another special Japanese gesture to use when enjoying dinner and drinks at a casual establishment such as an izakaya (a type of Japanese gastro pub) or a yakitori (grilled chicken skewer) bar.

The gesture is made by crossing the index fingers to form an ‘X’ and essentially means ‘Please close the tab and bring us the check’. It’s an especially useful non-verbal gesture to use in a crowded yakitori bar or izakaya because it may be difficult for the shop staff to hear you over the other diners, or a bit too busy for the server to make it to your table immediately.

It’s important to note that this gesture would be out of place in a café or other lunch spot, and it is much too casual to use in a formal sit-down restaurant. However, if the drinks are flowing and the ambience of the bar or restaurant is a bit noisy, then you’re probably in a place where you can try out the ‘check, please’ gesture. 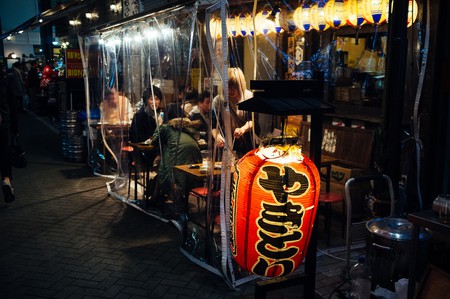 In Japan, a bow can be used for everything from a greeting to a thank you to an apology, with depth of the bow indicating the level of formality. However, as a foreign visitor it’s unlikely that you will encounter a situation in which you will be required to bow back. You’ll find that most of the bows you encounter will be in service or hospitality situations, coming from store clerks or hotel staff. In such cases, rather than returning the bow, you should simply nod your head in acknowledgement and can feel free to add an “Arigatou gozaimasu” (“Thank you”) if you’d like. 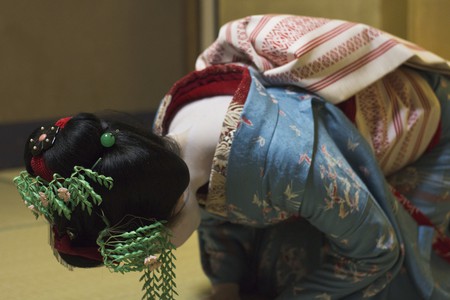