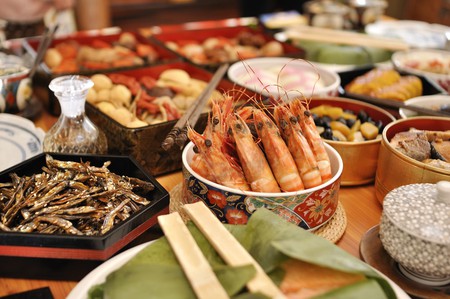 New Year’s has always been an important holiday in Japan. It’s a chance for families to not only reflect on the past year and their dreams for the future but also to spend time together, catch up, cook, eat, and play games. Discover both modern and traditional Japanese New Year’s traditions.

Every year at the stroke of midnight on New Year’s Eve, Buddhist temples all over Japan ring their bonsho (temple bells) an even 108 times, an event known as joya no kane. This number represents the number of human desires, which according to the Buddhist faith lead to pain and suffering. Joya no kane is a ritual meant to drive away these negative emotions from the past year. 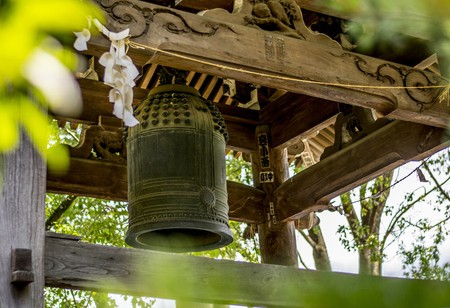 Joya no kane, the ringing of the bells on New Year’s Eve | © finndingparadise / Shutterstock

Toshikoshi soba, or year-end soba, is a dish of noodles in hot broth traditionally eaten on New Year’s Eve. It’s a simple meal usually enjoyed at home with family or friends. There’s no set recipe for toshikoshi soba; therefore, everyone can add their own little twist to the dish. 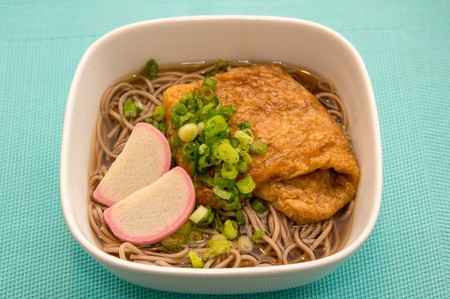 O-sechi ryori is the New Year’s Day feast. Each element of the dinner is intended to invite luck, prosperity, and good health for the new year. This annual tradition once required days of meticulous planning and preparation, but luckily, people can purchase premade o-sechi in advance from department stores and restaurants. 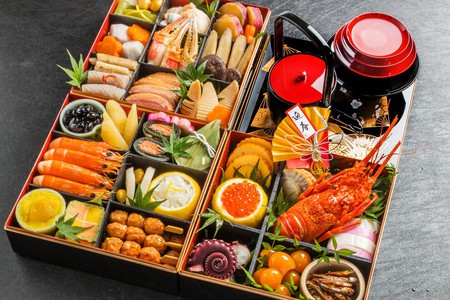 The New Year’s feast is an important tradition | © norikko / Shutterstock

Mochi, a type of chewy rice cake, is a classic Japanese New Year’s food. These little round cakes are even used in certain New Year’s decorations, such as the kagami mochi. A very traditional New Year’s activity is preparing the mochi yourself on New Year’s Day. Making mochi requires a lot of time and effort though, so most people are happy to buy premade versions. 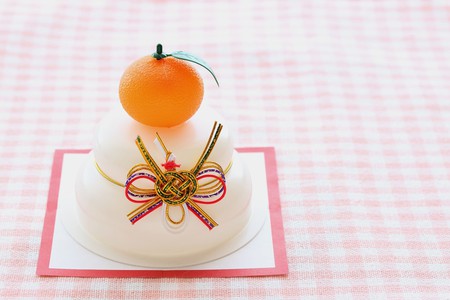 Nenga are New Year’s greetings. Sending nenga greeting cards to friends and family is a very popular New Year’s tradition. So at this time of year in Japan, the post office makes a special effort to ensure everyone’s nenga are delivered on New Year’s Day. 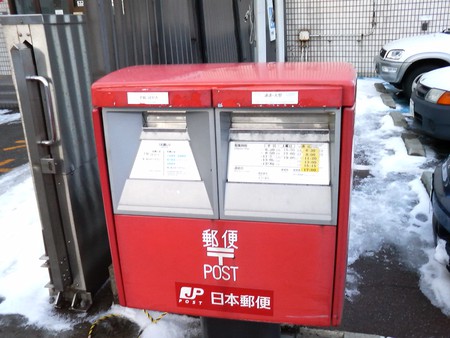 During the first few days of the new year, many people head out for hatsumode, the first shrine visit of the year, to pray, make wishes, express gratitude, and stock up on lucky charms. Buddhist temples and Shinto shrines are lively on this day, with snack vendors and stalls giving the occasion a festive atmosphere. 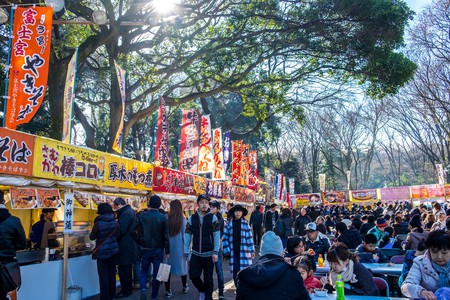 Hatsuhinode is the first sunrise of the new year. People gather on mountaintops, observatories, beaches, and anywhere else with a good view of the horizon to catch the hatsuhinode and pray for good fortune and happiness in the coming year. 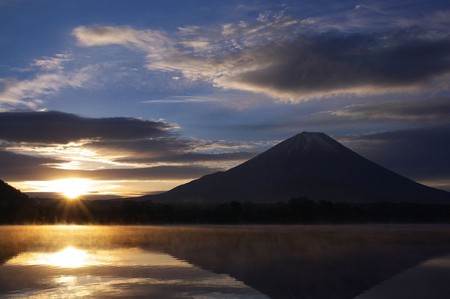