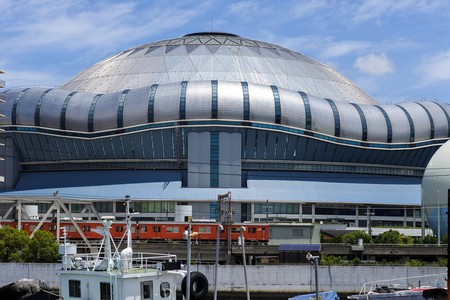 The Osaka Loop Line is an important facet of the city it serves, not only because of how many passengers it carries daily – about 300,000 in 2014 – but the impression it’s made on riders for decades. The Loop has been featured in songs and on TV dramas, comes in bright colors and funky designs, and is notorious for its regular lateness (it is beloved begrudgingly at times). Here are seven interesting facts about the popular train.

Every station has a unique jingle

The Osaka Loop Line is composed of 19 stations. A short jingle, known as the ‘departure melody‘ plays just before the train’s doors close and it leaves each station. This is useful for dozing passengers, who can tell where they are even with their eyes closed! The tunes come from well-known songs and are related, however loosely, to the stations they represent. For example, Bentencho Station’s song is ‘I’ve Been Working on the Railroad’ because a famous railway museum was located there. You can listen to them all here. 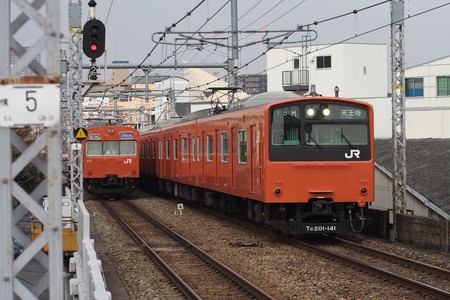 Ezra Koenig wrote a song about it

Speaking of music, there is a song about the Loop itself! Discovery, an indie electronic collaboration between members of Vampire Weekend and Ra Ra Riot, released a song on their album LP called ‘Osaka Loop Line’. The catchy song calls out Osaka Castle and compares the tracks to a circle of fifths. The song got mixed but generally favorable reviews when it came out in 2009. You can hear it here.

Osaka City produced a TV drama about it

Osaka Loop Line: A Love Story at Each Station is an actual TV drama that was made in part to promote the train line, which is currently undergoing renovations and a rebranding. The show has 10 episodes (so not each station is featured), including one about a man who gets possessed by the spirit of a statue at Tamatsukuri Station. All the episodes are available on Japanese Netflix.

The Loop Line is over 100 years old

The first Loop Line tracks were built all the way back in 1895! Back then it wasn’t a full loop, however. Sections of the tracks were completed in stages over the years. The Loop Line was officially connected and coined in 1961. However, construction of the modern day line didn’t come full circle (pun intended) until 1964 when Nishikujo Station was finished. 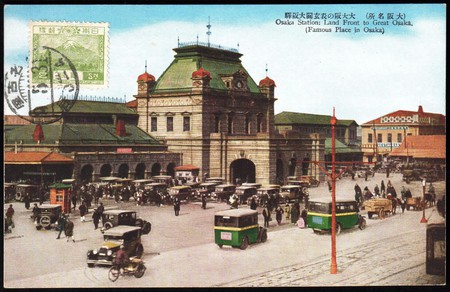 A new train model was debuted in 2016

The Loop Line has come to be recognized by the trademark orange trains that have run along the tracks for decades. The characteristic color is ubiquitous in the branding and seared into the public consciousness. 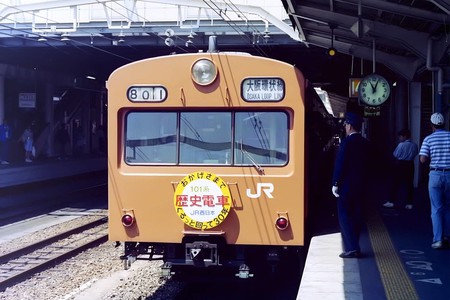 An orange "History Train," photographed in 1991, celebrating the 30th anniversary of the Loop Line. | © TRJN / WikiCommons

However, in 2016 a new series was introduced that debuted a whole new aesthetic. The new trains are sleek and silver with orange accents and come with exciting features like animated displays showing announcements and train maps in four languages. For the nostalgic, you can still catch a glimpse of the classic trains running along the tracks multiple times a day. 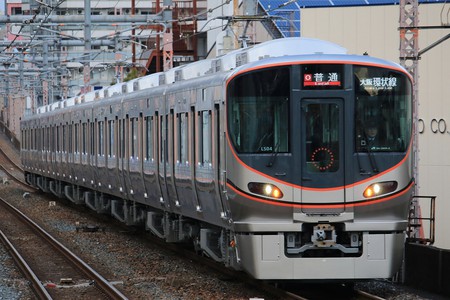 Osaka’s best sightseeing spots are accessible from the Loop 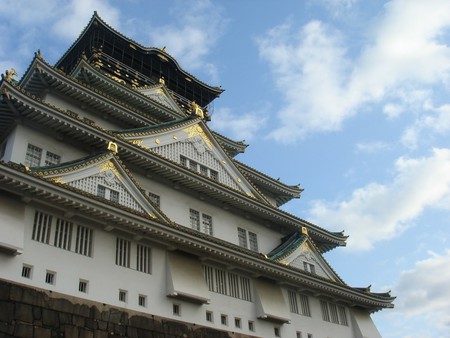 The Loop Line itself stops at every station, but there are branch lines, express trains, and even freight liners that share sections of the Loop Line and stop at many of the same stations. Sound confusing? It is. Even locals have trouble navigating the Loop sometimes. However, in recent years the amount of information available in multiple languages in and around the trains has become more widely available, making the Loop friendly to both locals and visitors. 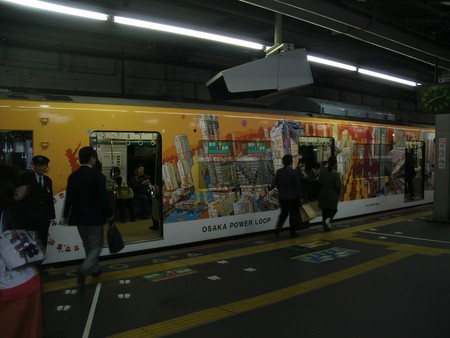 The decorated "Osaka Power Loop," part of a 2015 campaign. | © Mr.ちゅらさん / WikiCommons
Give us feedback