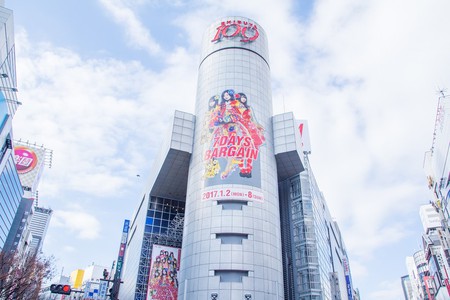 Thanks to its willingness to accept, and quickly adopt, envelope-pushing fashion, Japan has become home to some of the most out-there shopping experiences in the world. Many international designers use the country as a testing ground for experimental projects, while local outlets are encouraged to try their hand at crafting unique experiences, and often they succeed. There are so many amazing fashion stores unique to Japan, here are just a few you can visit next time you’re in the country.

Store
Facebook
Email
Twitter
Pinterest
Copy link
Share
Map View
Just a short walk from the fashion mecca of Cat Street sits Issey Miyake’s ‘Reality Lab’. Though, of course, there are many Issey Miyake stores scattered throughout the world, this one is a particularly special fashion stop-off. As you may have guessed from the name, this isn’t just a clothing store, but rather a design experience. This concept store was created by iconic Japanese designer, Tokujin Yoshioka, who was inspired by the no frills aesthetic of science labs. Here, in true scientific fashion, the store is all about creating fashion experiments, and this is where you’ll find the iconic Japanese designer’s more unorthodox creations.
Open In Google Maps
10 3, 5-chōme, Minamiaoyama Minato City, Tokyo, 107-0062, Japan
+81334996476
Visit Website
Give us feedback

Store
Facebook
Email
Twitter
Pinterest
Copy link
Share
Map View
Harajuku is home to the self-described ‘anti-department store’ Studious. Uniquely Japanese, the chain focuses on showcasing only local designers. Though they do now have an outlet in Hong Kong, Japan is the only country where you can visit the specialized stores. Separated by menswear, womenswear and more experimental Labs, the company’s mission is to bring the most exciting and progressive Japanese talent to the mainstream. If you want to grab something that will encapsulate the Tokyo fashion scene you’ll find it here. Each Studious space has something unique to offer.
Open In Google Maps
1F, 5 28, 4-chōme, Jingūmae Shibuya City, Tokyo, 150-0001, Japan
+81364389959
Visit Website
Give us feedback 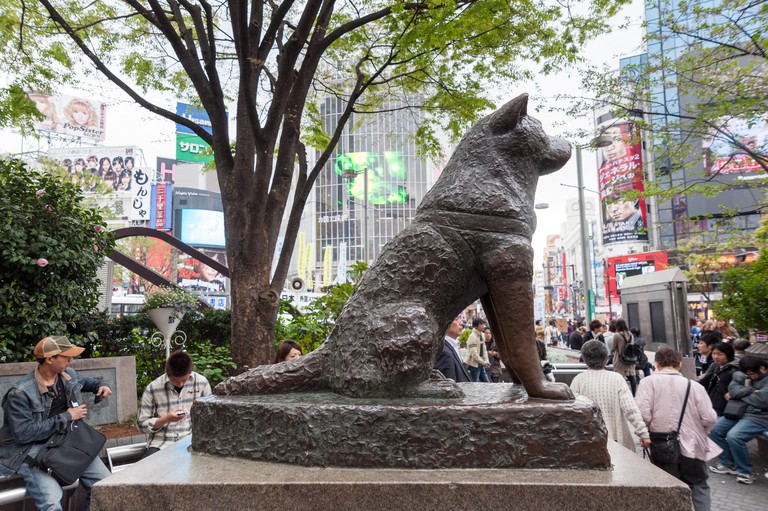 Hachiko dog statue outside Shibuya station | © Alex Segre / Alamy Stock Photo
Towering over the heart of Shibuya, just a step away from the madness of Shibuya crossing is Shibuya 109. Separated into gender, the two monolithic stores are impossible to miss no matter how short your visit to Tokyo. Each level is dedicated to a different fashion subculture. From Lolita, to cos-play to hip hop-influenced street wear, it feels as much like a fashion museum as it is a shopping mall. No matter your style, you’ll find a store catering your taste in the multi-levelled mecca.
Open In Google Maps
1 29, 2-chōme, Dōgenzaka Shibuya City, Tokyo, 150-0043, Japan
+81334775111
Visit Website
Give us feedback

If there’s one thing Japanese mainstream fashion is known for it’s being able to balance the subtle with an understated kawaii (cuteness), and Olive des Olive does it better than most. Featuring a design aesthetic that focuses on soft tailoring and easy on the eyes colour, it’s a safe bet for anyone wanting to dip into Japan’s fashion world. Having opened in 1984, this store has been a been Japanese fashion staple for over 30 years now, and they’re showing no signs of slowing down. You can find Olive des Olive stores across the country, but for tax-free shopping pop by the Harajuku store.

Store
Facebook
Email
Twitter
Pinterest
Copy link
Share
Map View
Think of WEGO as the Japanese version of H&M. If you’re into easy-to-wear, trend-driven items, then you’ve got to make your way to one of the store’s many popular outlets. In a day and age of H&M and Uniqlo, what WEGO does differently is its unique local focus. More accessible than say some of the other Harajuku boutiques, WEGO is a great place to stop off if you want to dip into the slightly edgier world of Japanese fashion without emptying your bank account. They have six locations in Harajuku alone, including a flagship store.
Open In Google Maps
B1F, 25 8, 1-chōme, Jingūmae Shibuya City, Tokyo, 150-0001, Japan
+81354145536
Visit Website
Give us feedback

Japan is a country that takes sneaker obsession to a whole new level, so it only makes sense that it is home to some of the greatest sneaker outlets in the world. Born in the traditional city of Kyoto, Gettry has garnered a reputation for being one of the best go-to homes of Japanese sneaker obsession. Recently, they opened a Tokyo outlet, too, and here you can find a vast collection of handpicked and carefully curated street-ready kicks. Focusing on quality over quantity, it’s where the locals flock to pick up their freshest kicks.

Building, Shop, Store
Facebook
Email
Twitter
Pinterest
Copy link
Share
Map View
American designer and frequent Kanye West collaborator Virgil Abloh chose the city of Tokyo to unveil his groundbreaking shop “SOMETHING & ASSOCIATES” c/o OFF-WHITE TOKYO. Though he also has stores in Hong Kong, Abloh’s Tokyo outlet really challenges the options and expectations of what a clothing store can be. Working alongside architect and designer Dong Ping Wong (of New York architecture and design house Family), Abloh wanted to build something that reflected the strange world of the Wall Street-style of finance. Here, the minimalist space features two facing office desks and an office water cooler alongside racks featuring some of the label’s most recent designs.
Open In Google Maps
B1F, 13 2, 5-chōme, Minamiaoyama Minato City, Tokyo, 107-0062, Japan
+81367126839
Visit Website
Give us feedback
Give us feedback