5 Photographers Who Will Make You Want To Go To Japan

Pick the right spot in Tokyo and, in 30 seconds, you could walk past an excited group of Harajuku girls followed by a perfectly coifed, composed geisha with her danna. It’s this juxtaposition of old and new that entices photographers to Japan for once-in-a-lifetime snaps. Here are five photographers who’ve dived into Tokyo, Kyoto and the Nihon countryside with one aim: to get you to drop everything and make your way to Japan, right now. 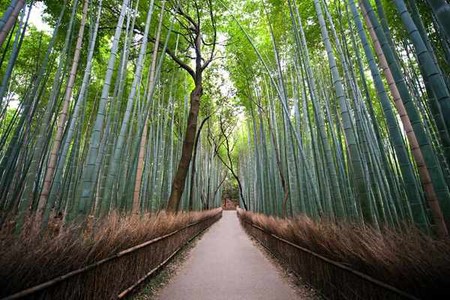 Orel Kichigai demonstrates the most intriguing and admirable skill: taking the everyday and making it phenomenal. Specifically, she singles out the individual in a crowd, which is particularly impressive when you consider the fact that over 13.35 million people walk through the streets of Tokyo every day.

Evidently a perfectionist, Navid Baraty’s snaps are so perfectly precise, it’s almost as if he designed the scenes himself. His Instagram feed is like a flick book of perfection. Roaming the streets of Tokyo, Kyoto and Nagano, he picks out natural flawlessness in its rawest form.

Firas Bessadok’s smirking maiko — a trainee geisha — is charming. At the same time, he’s catching the moment before she’s polished into perfection and also reflecting the subtleties of the Japanese character. This was just one moment in his epic trip around Japan. For a four-minute bite of his travels, click here (and wait for the part where he’s learning to master a samurai sword).

Working in the street photography sphere, stillness and singularity define many of Alex Robertson’s shots of Japan. Each photo could easily be a still from a documentary and each subject a heartwarming protagonist. There’s a beautiful kind of sadness there; we’re left with unsatisfied intrigue.

Tokyo is a travel photographer’s mecca, but it’s Chris Cook‘s excursions beyond the megalopolis that intrigue and entice. While traditional Japanese culture is often portrayed as ultimately serene, he shows the activity and buzz that is just as prevalent when you leave the enclaves of the ‘future city.’

By Amy Smith from Arts End of Nowhere