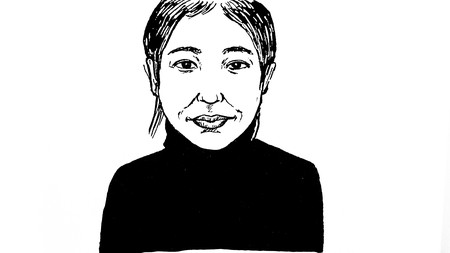 As part of our “20 Literary Translators Under 40” series, we interviewed Japanese literary translator Asa Yoneda.

Read: “Waymarkers” an excerpt of a b sango by Natsuko Kuroda

What are you currently translating?
I’m working with an editor to put together a first collection in English from Yukiko Motoya, which will be a selection of some of our favorites of her stories. She’s a playwright-turned-novelist with an acute instinct for the ways in which the surreal can be born of the agonizing awkwardness of everyday life. I’m also part of a team translating interviews with a hundred members of the LGBTQ community in Japan for a multimedia project called Queer Japan, by filmmaker Graham Kolbeins, which is taking the form of exhibitions, online videos, and print publications in addition to a feature-length documentary.

What approach or procedures do you take when translating?
Sometimes I like to approach translating like sculpture, as a process of recreating the negative space that defines what’s not in the text: what the characters leave unsaid, what’s left to the reader to question or create. The actions or intentions in writing the original and writing the translation may be similar, but the result of sculpting two different languages is that the translation takes on a materially different form. At other times I work more linearly and simply read the Japanese text out loud, but in English. It feels something like sight-reading sheet music, or having an imaginary conversation with a friend whose voice you know well.

What kinds of works or regions do you gravitate toward?
I’ve been using and translating between my languages since childhood, so I’m drawn to work that gives me opportunities to explore/transform my relationships with the communities and cultures I participate in. Often, this means pieces that are very much in and of the language they’re written in, like Aoko Matsuda’s irrepressible, fannish critiques of the quirks and contradictions of contemporary culture.

Who or what are some untranslated writers or works that you would like to see in English? Why?
Two books, both of which I’d love to translate: Natsuko Kuroda’s a b sango, an enigmatic attempt to recover a childhood as ephemeral and intensely personal as the language used to invoke it; and Hiromi Kawakami’s latest book, which picks up on a different strand from her wonderful novels Strange Weather in Tokyo (The Briefcase) and The Nakano Thrift Shop in returning to the more speculative themes of her earlier work, including the newly-translated Record of a Night Too Brief.

What is a recent translation challenge you faced?
I start from the basic assumption that translation is impossible, which means the process can be experienced as a series of happy facilitations rather than challenges. That said, I recently translated Banana Yoshimoto’s Moshi-Moshi, a novel which gently follows its narrator as she recovers from a heartbreaking bereavement. I happened to be going through a similar process at the time, and unexpectedly found myself doing some of the same things the narrator was doing in trying to come to terms with her changed life, which certainly challenged my understanding of what translation could entail.