Daigoji Temple, Kyoto, Japan
A vision awash with gold-tinted leaves and multi-coloured landscapes, autumn is one of Mother Nature’s greatest gifts and a reminder that change is both inevitable and invigorating. From the koyo mosaics of Japan to New Mexico’s leafy canvases, traverse all corners of the globe and embrace the autumnal alchemy.

Saturated with shades of crimson, amber and gold, Japan in autumn mirrors the dream-like essence of traditional Japanese woodblock prints. This striking autumnal spell is known as koyo and sees the leaves transform into a wondrous potion of vivid hues that rival the powdery pinks of the adored spring-time cherry blossoms. Found basking halfway up Mt. Otowa in the glory of Kyoto’s Higashiyama mountain range, Kiyomizu-dera Temple pays homage to the merciful and compassionate deity, Kanno.

So much more than the imagery of blood-thirsty vampires and ancient lairs, Transylvania is draped in a kaleidoscope of colours that dust the patchwork quilt of hardwood forests and hiking trails. Dotted with mountain villages and oceans of wildflowers, the region’s medieval castles are enough to entice the wildest of imaginations. The kind of place you want to get lost in. 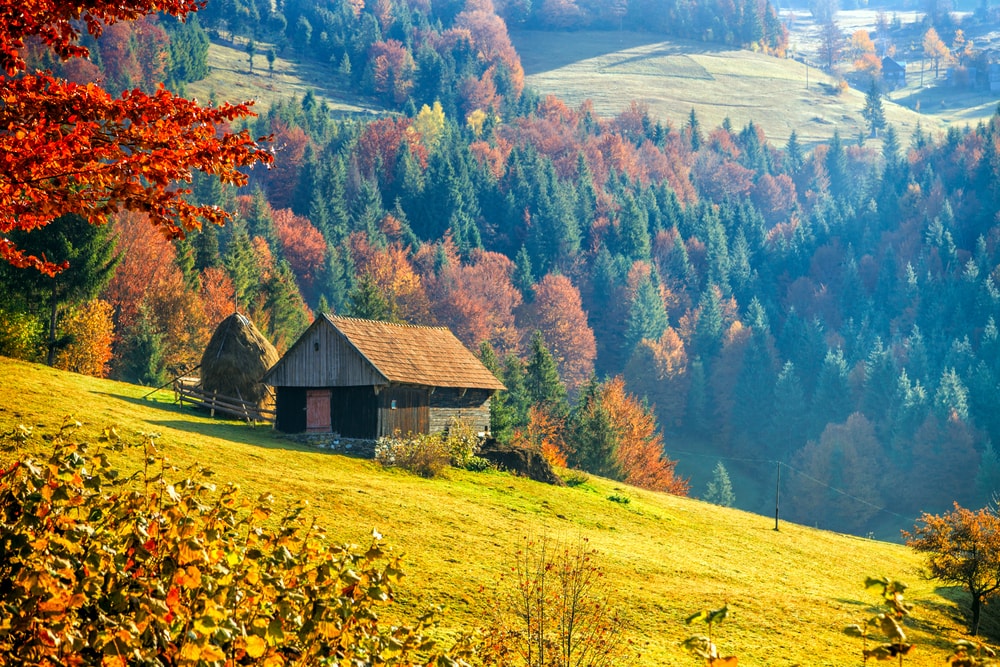 Thanks to its offering of adobe buildings, artist colonies and wood-rimmed mountains, New Mexico exceeds its status as a Land of Enchantment. The autumnal seas of quaking aspen transform into waves of animated goddesses dripping in gold. These Midas-touched trees are a ubiquitous sight in northern New Mexico, especially those dispersed across Taos and the towering Santa Fe National Forest adorning the Sangre de Cristo Mountains. 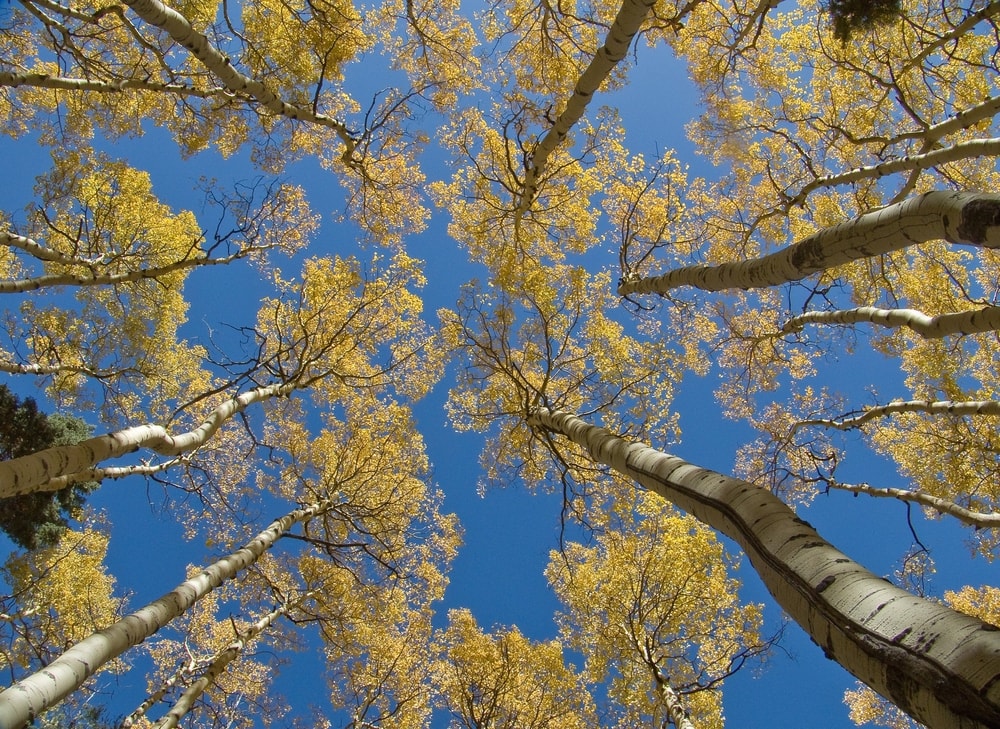 A postcard-perfect spa city laden with bathhouses and head-turning architecture, Budapest is a dream for culture-hungry wanderlusters. The walkable nature is all part of its inimitable charm, with its slew of cosy cafes, art galleries and noteworthy restaurants lining the streets. The plenitude of public parks and leaf-adorned buildings — think Margaret Island, City Park and Gellért Hill — add a dose of respite and some breathtaking autumnal eye-candy. 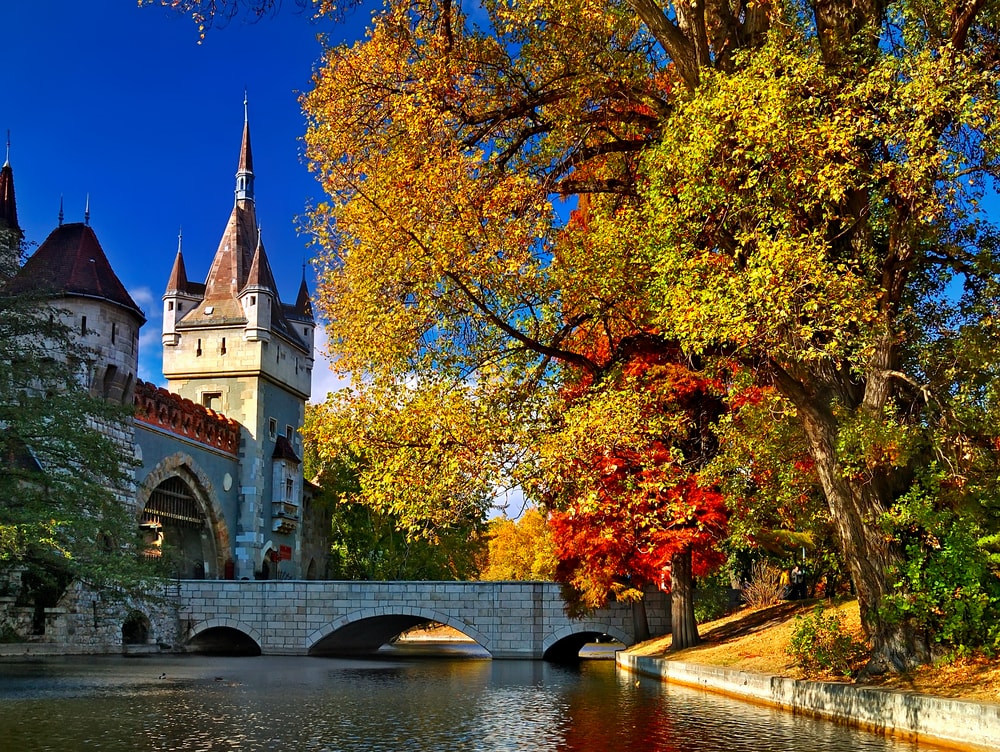 Park
St Mary Lake, Glacier National Park, Montana
Long before it was established as Waterton-Glacier International Peace Park or crowned a World Heritage Site, this area of Montana was home to various groups of indigenous peoples, including the Blackfeet Nation, Salish, Pend d’Oreille and Kootnei — each of which share a reciprocal relationship with the land and an inherent respect for its sentience. Today the park’s spirit lives on through its listening glaciers, which guard the network of lively lakes, wildlife and omniscient trees.
More Info
Open In Google Maps
Montana, USA
+14068887800
Visit website

Amidst the beckoning neon lights, the sprawling tech-savvy metropolis of Seoul is heavily seasoned with leafy garnishes as resplendent as its overall effervescence. Along with the burgeoning fashion district, floating islands and neo-futuristic Zaha Hadid-designed Dongdaemin Design Plaza, South Korea’s capital is also the motherland of K-pop and Korean Wave. Placed upon the Han River and hugged by mountains, you don’t have to venture far to find natural beauty and historical markers. 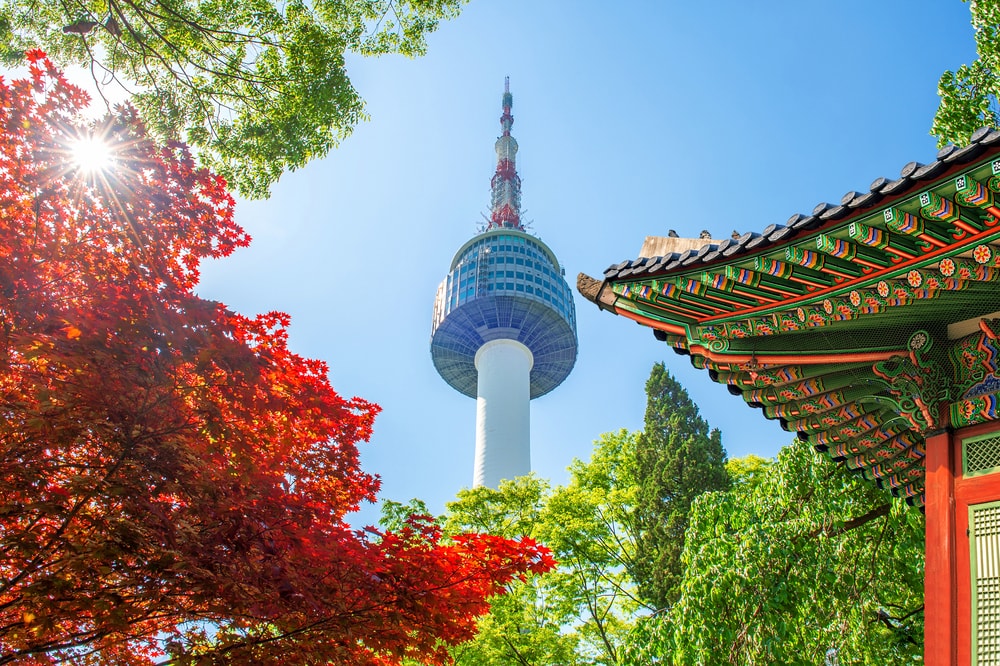 Forest, Natural Feature
Theth is a mountain villaged located in the Albanian Alps region | © Peter Chovanec / Flickr
Albania is brimming with archaeological appeal, agricultural heritage and cascading rivers. The Albanian Alps or Accursed Mountains feature an array of sun-kissed peaks that watch over the wooded patches as they come into their own. A pocket of uninterrupted peace, the micro mountain village of Theth hosts the Tower of Nikoll Koçeku and sublime mountain views.
More Info
Open In Google Maps
Theth, Theth, Albania

A constant juxtaposition of old and new, culture-rich Cambodia is an adventurer’s golden nugget peppered with archaeological sites, architecture galore and art deco markets. Siem Reap is a chic portal to a bygone past and the gateway to ancient Angkor, the former capital city of the Khmer Empire riddled with otherworldly temples. Consider the sunsets and surrounding trees collateral beauty. 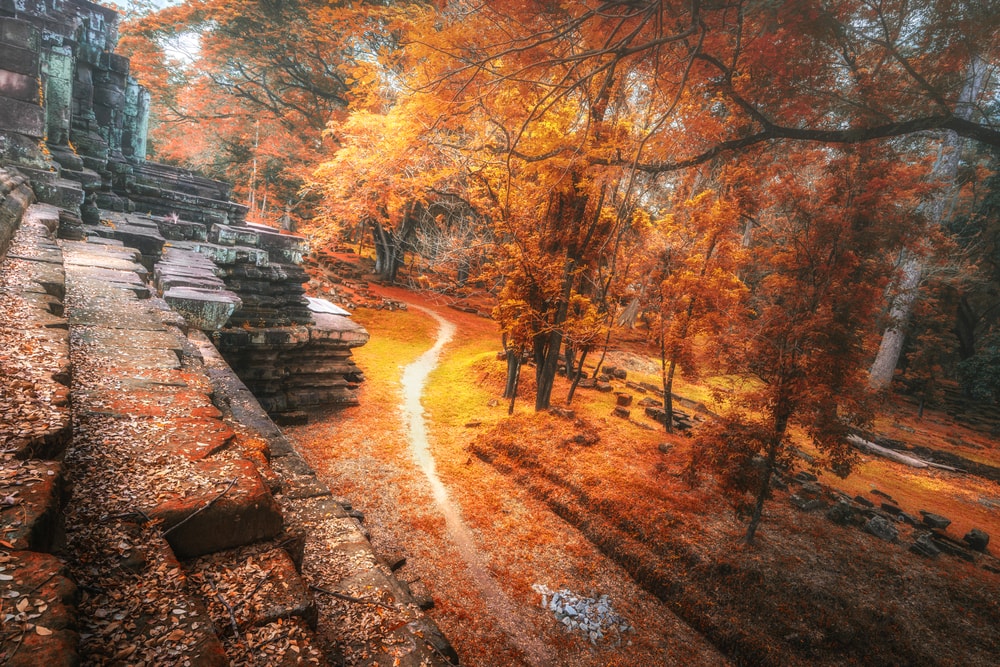 A diverse landscape draped in scenic magic, Germany is no stranger to fairytale castles and enchanting rural villages. Like a snapshot from a dream, Neuschwanstein Castle — the masterpiece of enigmatic King Ludwig II — is romance in limestone and mortar, especially when the watchful forests show off their rich hues of autumnal amber, scarlet and gold. From the Bavarian Alps to Munich and Nuremberg, there’s much adventuring to be had. 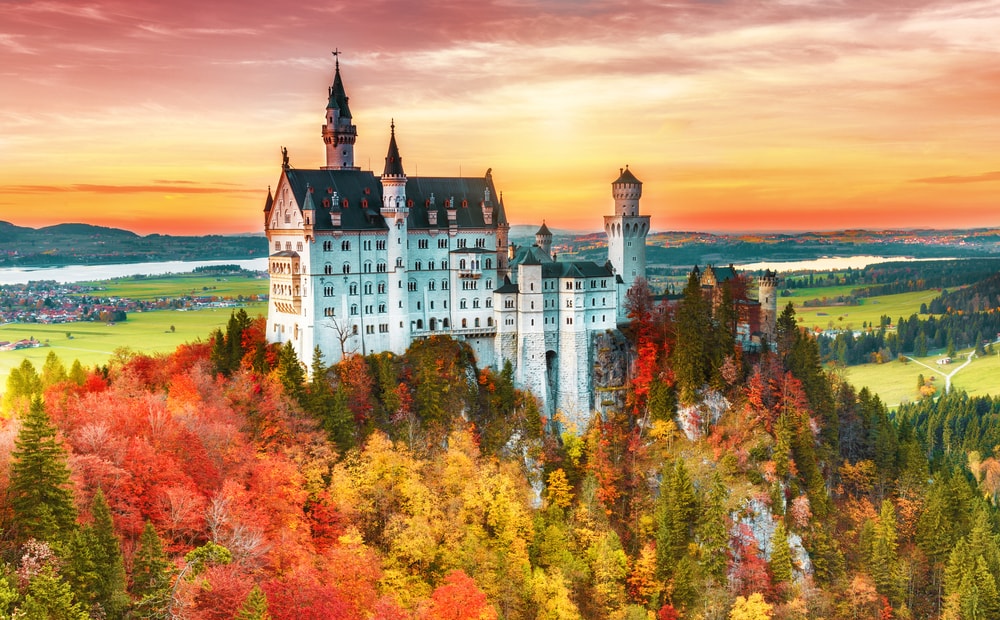 California may dance with the senses but Yosemite Valley sings to the soul. An iconic pilgrimage site for climbers and adrenaline-junkies, this glacial valley is perfectly situated in the western Sierra Nevada mountains in Yosemite National Park. Endless layers of foliage, rocks of all shapes and descriptions, gushing waterfalls and grassy patches amalgamate to a memorable misty embroidery of colours. 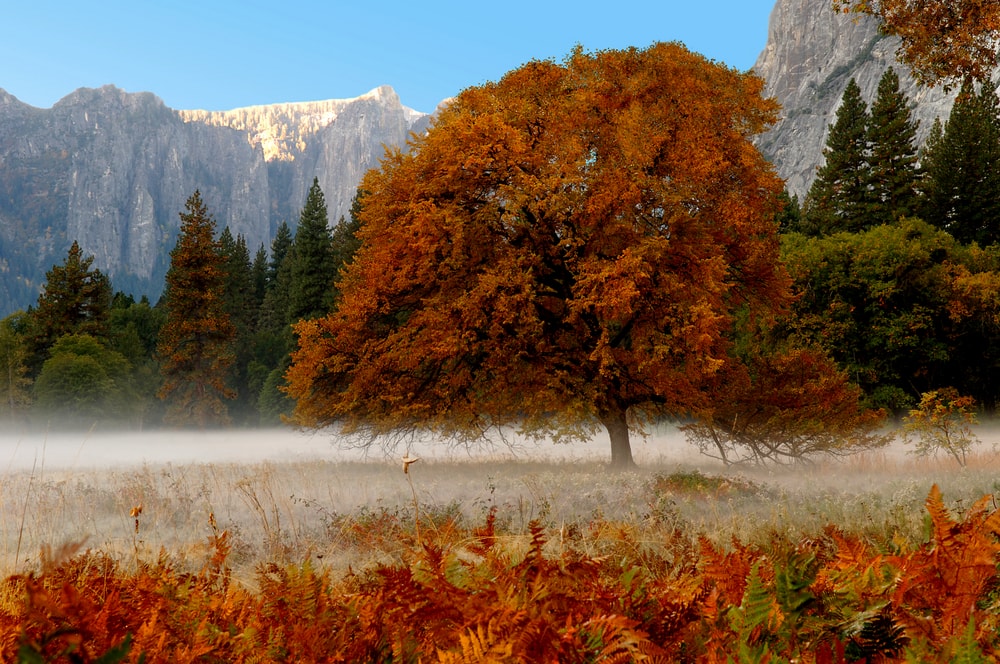 Park
Plitvice Lakes National Park, Croatia
Croatia is a historical mosaic suited to admirers of all facets of life, from the picturesque streets of Dubrovnik to Diocletian’s Palace in the old town of Split. Graced with a cascade of lakes spanning every shade of blue and green, Plitvice Lakes is one of Southeast Europe’s oldest national parks. When autumn calls, the scarlet leaves dance with beckoning waterfalls like no one is watching.
More Info
Open In Google Maps
Plitvička Jezera, Ličko-senjska županija, 53231, Croatia

Scotland is infused with legend and visions of remote ancient villages framed with magical scenery. The Highlands is all that and then some. From the mighty Munros and hidden bothy houses, to brooding lochs and historic glens, Scotland’s colourful heritage is synonymous with its land. Whatever the season, the tapestry of tones blanketed across the Highlands is definitely one for the dream board. 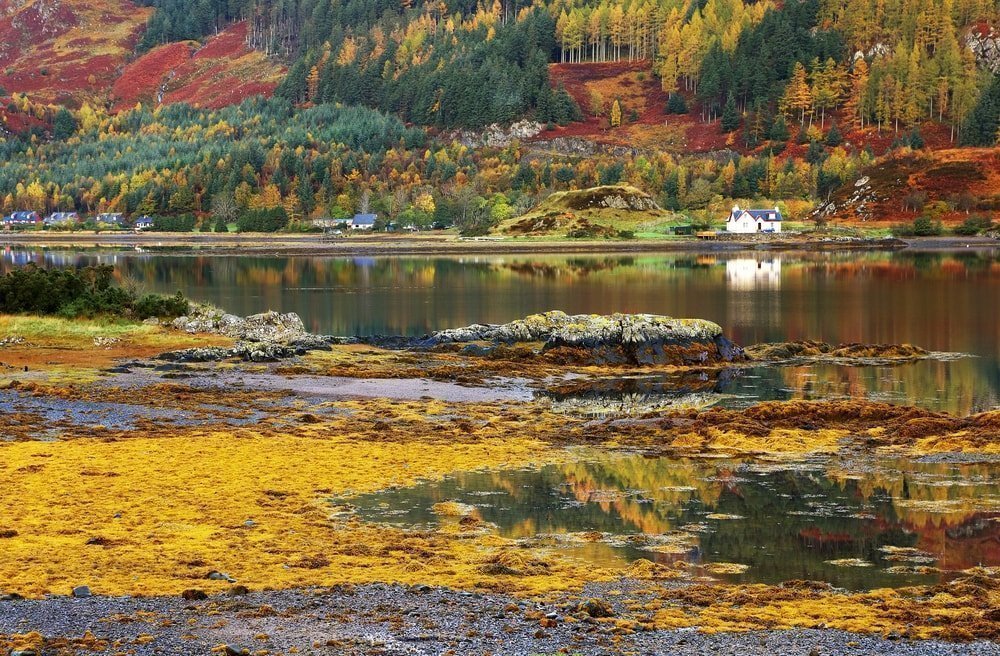 Tucked away in Czech Republic’s South Bohemia, Český Krumlov is a town of unparalleled beauty. The eye-catching buildings, which come in an artist’s palette of convivial colours have a fairytale feel, but none as much as the centuries-old castle, with its smorgasbord of architectural styles and lush gardens. A UNESCO World Heritage Site, this mini Prague is a riot of colour come autumn, especially the Vltava River and its ethereal reflections. 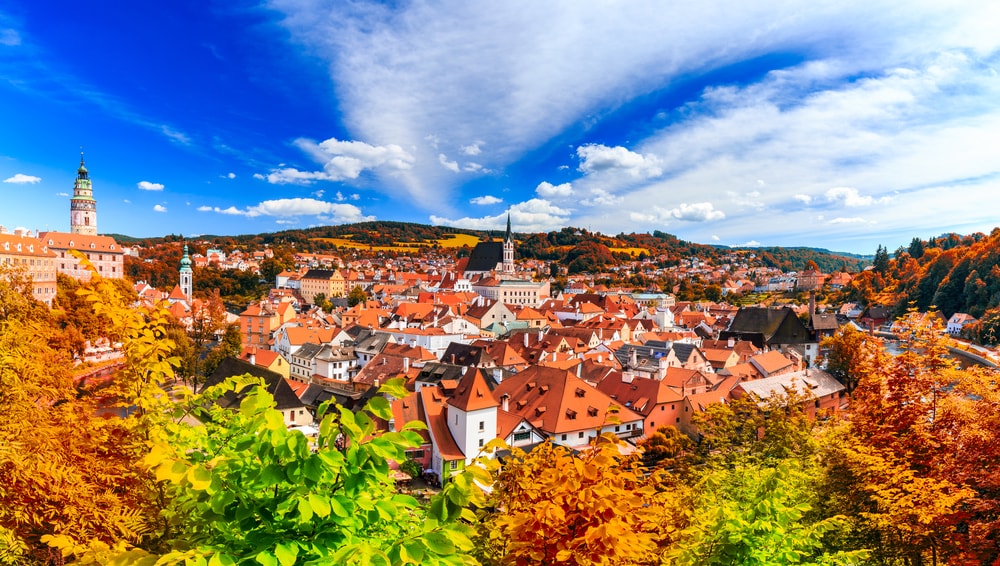