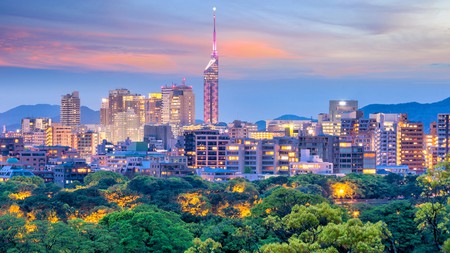 Make your trip to Fukuoka a memorable one | © f11photo / Getty Images

Where can I find Fukuoka’s best ramen? How can I get tickets to see the sumos in action each November? And why would I want to visit somewhere called ‘Disrespectful Children Street’?

For first-time visitors to Fukuoka – the largest city on the island of Kyūshū in Japan’s southwest – these are all nagging questions, as are queries about where to find ocean-fresh seafood and brewery-fresh sake, how to access its most charming public gardens and the best way to get around Japan’s sixth-largest city. So, before setting foot in this food lovers’ paradise on the sun-kissed Hakata Bay, here are 12 tips to help travellers make the most of Fukuoka, Japan. 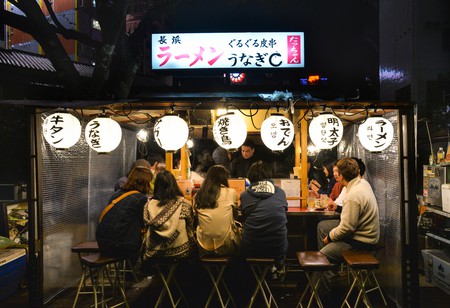 For a uniquely Fukuoka dining experience, slurp some Hakata-style ramen at a yatai | © Nirad / iStock

While Fukuoka is thin on cannot-miss attractions, it’s big on lifestyle, with its generous parks, coastal climate, crammed cultural calendar and delectable food scene. Tonkotsu ramen – a milky broth swimming with pork and extra thin noodles – hails from Fukuoka; it was originally a quick lunch for workers (hence the thin, fast-cooking noodles) before becoming a citywide favourite. Hakuryuken – a tiny hole in the wall near Maidashi-Kyūdaibyōinmae subway station – was the first place to serve Hakata-style ramen permanently 70-plus years ago, but the hundreds of yatai (open-air food stands) that spring up at sunset provide a uniquely Fukuoka way to slurp down the city’s celebrated soup, especially the row of stalls along the water in Nakasu.

Like every Japanese city, Fukuoka’s public transport is excellent, linked directly with Tokyo (five hours) by the Shinkansen bullet train, and serviced by JR trains, a private rail line, three subway routes plus buses and ferries. But this flat, sunny city feels like it was designed to be seen on two wheels. Seaside Bike is a bike-share scheme similar to those in London or Paris, with several ports around the city costing no more than ¥1,000 (£7.63) a day. Meanwhile, the islands of Nokonoshima and Shikanoshima – compulsory day trips for their golden beaches and verdant gardens – are also beautiful cycling terrain. 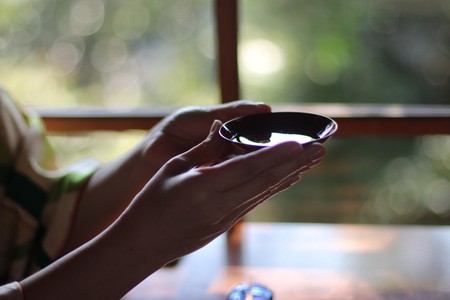 Kyūshū is known for its fertile soil, perfect for cultivating rice for sake – there are more than 70 breweries around the island, including one in the heart of Fukuoka. Ishikura has brewed the acclaimed Hakata Hyakunengura sake beneath its towering red-brick chimney near the Chiyo-Kenchōguchi underground station for more than 140 years, and its showroom cellar supplies brewery-fresh bottles of its work. And it’s not just sake on the shelves – sample shōchū (sake’s rival drop), umeshū (plum wine), awayura (a sparkling sake made with amaō strawberries) and even sake manjū (a sweet flour-and-bean treat infused with alcohol).

Go for a night out on Disrespectful Child Street 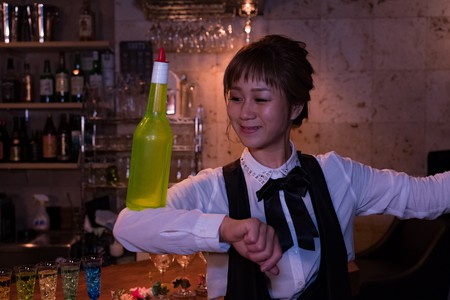 Oyafuko-dori means “the street of disrespectful children”, a moniker that dates back to the 1970s when college-prep schools attracted a new, youthful, boozy crowd to this corner of Tenjin, Fukuoka’s commercial district. Bars opened to satisfy their thirst, turning this strip into the epicentre of the city’s nightlife. Oyafuko-dori is a little rough around the edges but remains Fukuoka’s rowdiest night out – there are even roadside sinks to accommodate revellers who may have indulged in one drink too many.

See the sumos in November 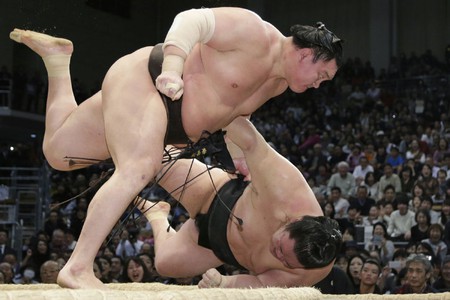 Sumo wrestling is one of Japan’s most cherished cultural icons, and Fukuoka is one of the few places where fans can see the top-tier competitors in action. Only six honbasho tournaments take place per year, with three of them in Tokyo, Osaka and Nagoya. However, each November, the Kyūshū Basho roadshow rolls into Fukuoka. Bouts are held over two weeks at the Fukuoka Kokusai Center, where you can choose from pricey ringside seats beneath the elevated dohyō arena (and run the risk of being squashed), as well as quintessentially Japanese cushioned boxes or Western-style stadium seating. Bento boxes are available to order with a ticket.

Score baseball tickets through an app 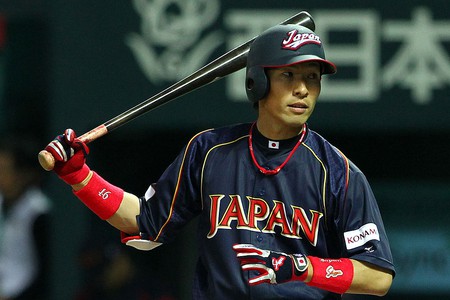 Fukuoka’s other sporting obsession is watching baseball beneath the roof of the PayPay Dome (formerly the Fukuoka Dome). It can be tricky to get tickets to some Japanese baseball games simply because the websites are in Japanese and sometimes only accept local payment methods, but the Fukuoka SoftBank HAWKS’ app is easily navigated with the help of Google Translate, takes foreign cards and conveniently downloads a mobile ticket, too. The games themselves are a fantastic fusion of East and West – yakitori (chicken skewers) and Cracker Jacks form one unique cultural combination. 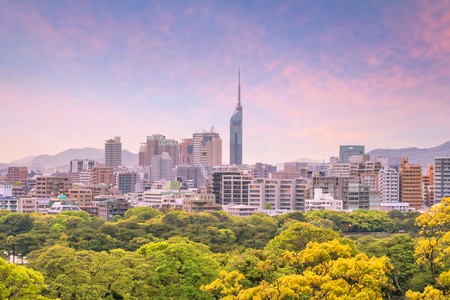 Although Fukuoka is relatively flat, there’s no shortage of soaring viewpoints around town. The 234-metre (768-foot) Fukuoka Tower looms over the man-made Momochi Beach, with a panoramic viewing platform 123 metres (404 feet) high. However, Nishi Park, just north of Ohori Park and the remnants of Fukuoka’s ancient castle, is a free vantage point that’s almost as impressive – especially when its 1,300 cherry trees blossom each spring, adding to the views over Uminonakamichi and Nokonoshima across Hakata Bay.

Stumble upon an old-school Japanese garden 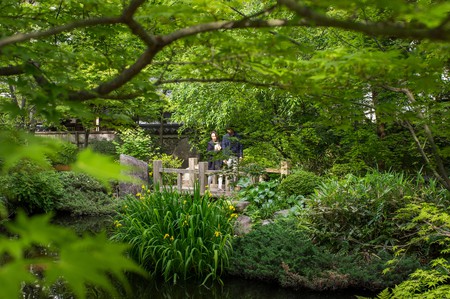 Fukuoka is better known for its shimmering skyscrapers than its traditional Japanese architecture. Rakusuien, however, is one exception. This traditional Japanese garden is named after Rakusui – the pen name of merchant Chikamasa Shimozawazenemon, who built this villa in 1906. Rebuilt by the city in 1995, Rakusuien is only metres from Hakata station but feels a world away thanks to the serene waterfall, tranquil lawns and tatami rooms used for tea ceremonies – bookings are required.

And a very modern one 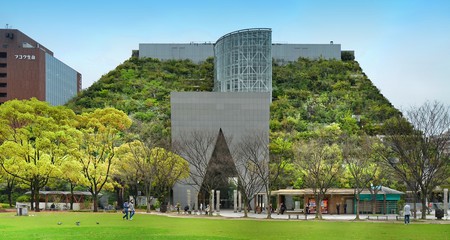 The Acros building might be Fukuoka’s most extraordinary piece of architecture – a terraced tower plastered in plants that step by step blends seamlessly into the Tenjin Central Park below. A rooftop observation deck is open on weekends from 9am to 4pm, but the step gardens on the outside of this architectural masterpiece are accessible during office hours every day. Two entrances in the park lead to the stairs snaking up the side of this 15-floor structure, which is shrouded in 50,000 plants.

Catch the fish markets at their best 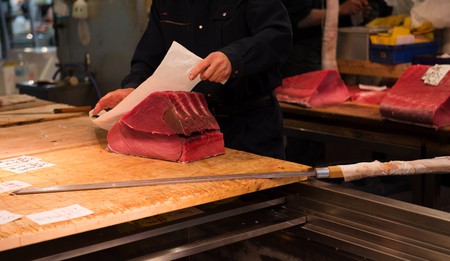 The Nagahama Fish Market is a must-visit for foodies. Yatai set up here every evening alongside the more permanent dining establishments, which showcase the ocean-fresh fish on sale. The market isn’t normally open to visitors, but on the second Saturday of the month, it offers cooking classes, discounted prices and the buzz of public fish auctions, where tuna is divvied up piece by piece. Sample the product at the surrounding retailers – the rough waters of the Genkai Sea are supposed to produce particularly lean meat for sushi.

Develop a taste for mentaiko 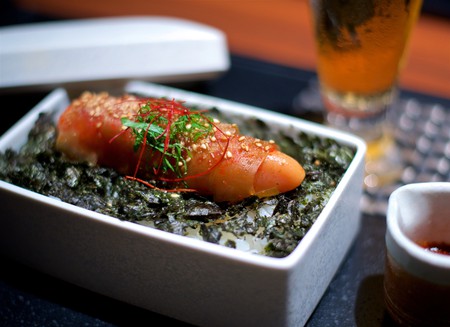 Unadventurous eaters should stick to the crowd-pleasing yakitori, gyoza and ramen at the yatai. Intrepid diners, however, should follow the lead of Fukuoka residents by tucking into mentaiko (spicy cod roe). Hakata port welcomed this Korean classic into Japan, which has since been adapted to Japanese (if not Western) tastes. And in Fukuoka, it’s everywhere; try mentai pizza, mentai egg rolls, dried mentaiko to take home as a souvenir and senbei rice crackers to wash down with a beer.

Get out of town for temples 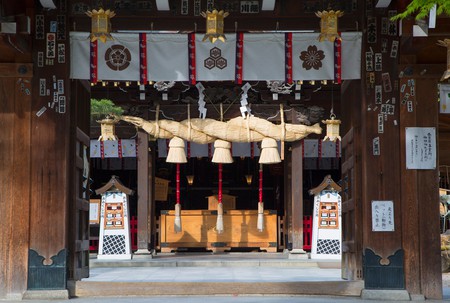 For all its modern architecture, Fukuoka still has its share of time-worn temples: the lofty Atago Shrine, the ancient Tōchō-ji and Shōfuku-ji, and the Kushida Shrine, the hub of the legendary Hakata Gion Yamakasa Festival each year, to name a few. But the most significant, Dazaifu Tenman-gū, is a 45-minute bus ride south of the city centre. Built in the early 10th century, this Shinto shrine shows off a spectacular plum orchard each spring, and the vendors outside peddle umegae mochi (rice cakes stuffed with sweet bean paste and stamped with the shape of a plum blossom) in homage to a local legend of a flying plum tree.