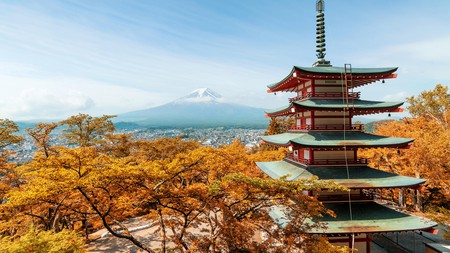 It’s been more than 150 years since Japan opened its ports to the Western world after centuries of isolation, yet some things about it still mystify us. Here are 12 things you probably didn’t know about Japanese culture.

Curious about Japanese culture? Experience it first-hand with Culture Trip – on our epic 12-day adventure around Japan, led by a local English-speaking insider.

‘Omiyage’ are more than souvenirs

The term omiyage is often translated to souvenir in English, but omiyage are much more than that. Unlike souvenirs, which people often buy for themselves, omiyage are something people bring back for their friends, family and co-workers after a trip. Omiyage are typically speciality foods from different regions, which are packaged in brightly coloured boxes with the food items individually wrapped inside for easy sharing. While bringing back souvenirs in the West is a nice gesture, in Japan, bringing omiyage after a trip is an expectation.

Christmas is a romantic holiday

Christians only make up about two percent of the Japanese population, so Christmas is more of a novelty in Japan than a religious holiday. Elaborate light displays and Christmas trees are common, but most people celebrate on Christmas Eve rather than Christmas Day. Furthermore, Christmas Eve is considered to be more of a date night, similar to Valentine’s Day, with couples going out for fancy dinners and exchanging romantic gifts. 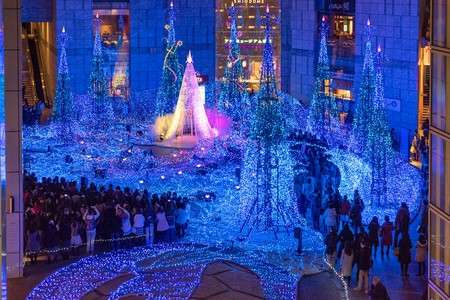 There are cues for your shoes

You might know that it’s polite to take your shoes off when entering someone’s home in Japan. But it can be difficult to tell if you’re supposed to take them off in many other buildings, such as temples, shrines and restaurants. Fortunately, there are a few cues to look for – if slippers are set around the entrance, it’s a clear indication that guests should take their outdoor shoes off and put the slippers on instead. Additionally, if the floor is raised at the entrance, it means guests should take their shoes off in the doorway before stepping inside and onto the raised surface.

For centuries, tooth blackening, known as ohaguro, was a common practice for Japanese women, particularly married woman and geishas. In addition to being considered attractive, this practice was also believed to help protect the teeth against decay and other dental issues. Women would apply various substances to their teeth, such as mixtures of tooth wax and ink, to maintain their black appearance. The practice was banned in the late 19th century, in an effort to modernise Japan and make its culture more appealing to Westerners.

It’s rude to eat or drink while walking

It’s pretty common to see someone eating a bag of chips or sipping coffee while walking down the street in Western countries, but this is not the case in Japan. While it isn’t considered quite as rude as it used to be, eating or drinking while walking is still looked upon as poor manners. When most Japanese people buy food or drink from a vending machine on the street, for example, they’ll consume the whole thing while standing beside the machine to avoid walking with it. 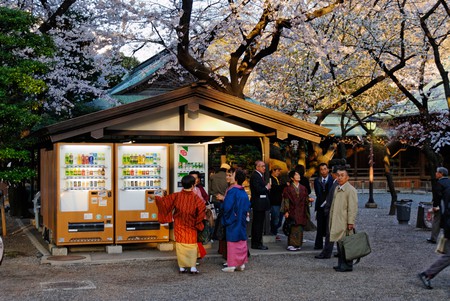 Sumo may be the national sport, and the one most often associate with the country, but baseball is actually the most watched and played sport here. It was introduced to the country during the Meiji Period and gained huge popularity thanks to the heavy American presence in Japan after World War II. Japan has two professional baseball leagues, as well as countless high school and university leagues across the country. Japanese baseball games are particularly notable for their fervent cheering sections, with people singing fight songs and participating in organised cheers continuously throughout most games.

Horse meat has been consumed in Japan since the late 16th century. Its use in cooking increased significantly in the 1960s, as the role of horses in agriculture and transport diminished. Raw horse meat, known as basahi, is commonly served in restaurants. It is typically eaten with grated ginger and sweet shoyu. It’s nicknamed sakura niku (cherry blossom meat) for its pale pink colour.

When you’re dining in Japan, it’s important to never stick your chopsticks into your food to rest them when you’re not eating. This actually resembles a ceremony performed at funerals in Japan, and it’s considered a bad omen. For the same reason, it’s also taboo to share food with others by passing it from chopsticks to chopsticks. If you want to share, use your chopsticks to place the food on the other person’s plate. 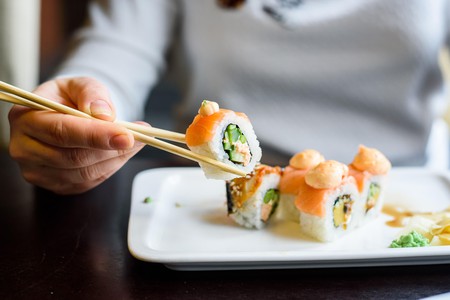 The first geisha were men

Geisha actually means ‘person of the arts’ and the first geisha were men, who advised feudal lords in addition to entertaining the court with various artistic performances and stories. Female geishas began entertaining in the late 18th century and were originally known as onna geisha (woman artist). Female geishas became extremely popular, outnumbering males less than 25 years after their first appearance.

Everyone pours for each other

When groups are drinking together and sharing a bottle, such as sake, at the table, it’s polite for people to refill each other’s glasses rather than pouring their own drinks. Wait for someone else to top up your glass when it’s empty, and keep an eye on everyone else’s glasses, because they’ll be waiting for you to refill them. If you don’t want to drink any more, then simply leave your glass full. 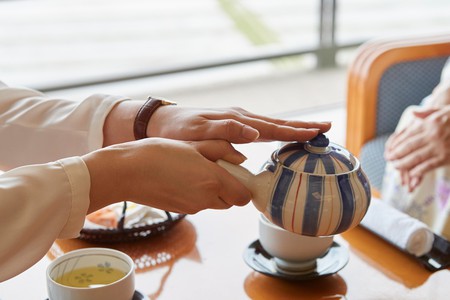 It’s considered polite to pour for someone else when they need a top up | © Aflo Co., Ltd. / Alamy Stock Photo

Slurping is a compliment

For a country with so many strict etiquette rules, it comes as a shock to many Westerners that slurping noodles or soups while eating is perfectly acceptable in Japan. In fact, slurping isn’t just acceptable – it’s actually encouraged. It’s considered to be a sign that the food is delicious, and it’s a compliment to the cook. It makes it easier to eat the noodles quickly while they’re still hot, which is said to be the best way to appreciate their flavour. Slurping can also minimise mess, helping to prevent broth from spilling on your clothes as you eat.

You may know that bonsai are potted miniature trees that are artistically styled to be aesthetically pleasing while mimicking how the tree might look in a larger form in nature. It is, therefore, unsurprising that after looking at the bonsai’s overall appearance, viewers are meant to lower their line of sight to the same level as the tree. To properly appreciate bonsai, viewers should try to imagine themselves being small as they look at the tree, so they can imagine how it might look in its natural environment. 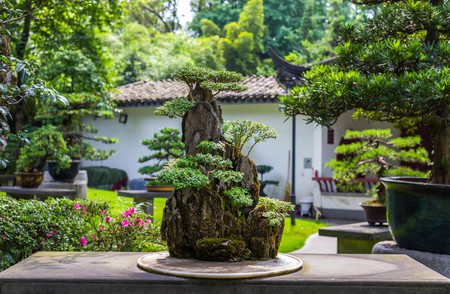 For some accommodation options, discover our guide on how to stay in a capsule hotel in Japan and book now on Culture Trip.