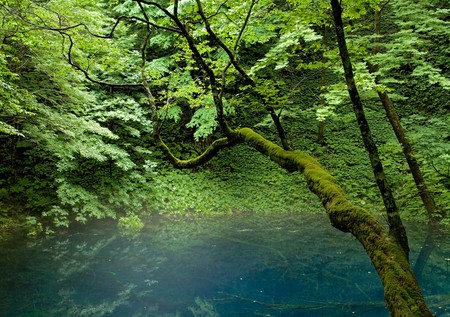 Known for its mountainous landscape, harsh climate, and remote location, the northern region of Japan’s main island has become a popular destination for adventurers and thrill-seekers. Traditionally one of the lesser developed areas of Japan, northern Honshu (also known as Tohoku) is an ideal trip for anyone looking to escape Japanese city life. Travelers with a penchant for outdoor sports, local customs, and natural sights and sounds should consider making the trek north out of Tokyo.

Located on the border of Akita and Aomori, this massive crater lake is the largest of its kind on Japan’s main island. With a depth of 327 m (1,073 ft), the lake has become popular among tourists due to its size and beautiful bright blue color. The lake and the land surrounding are now known as Towada National Park. 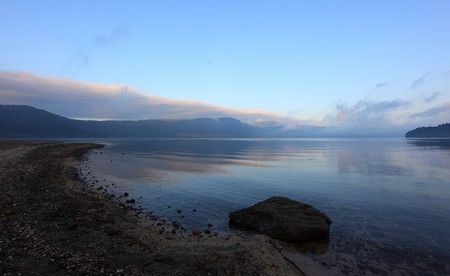 Dewa Sanzen (literally, “The Three Mountains of Dewa”) is comprised of three sacred mountains considered to be holy in the ancient Shinto religion. The religious significance of the area dates back to the year 593 when the emperor’s son Hachiko would visit the mountains as a place of worship. To this day, Dewa Sanzan is still a popular pilgrimage site among those who practice Shinto.

This famed samurai district was once home to around 80 families. Several of the traditional homes have been preserved, giving visitors a window into what life was like for wealthy samurai families in the days of old Japan. The area is also known for sakura (cherry blossoms), which are in full bloom in early May.

A hugely popular vacation destination for Japanese and overseas tourists alike, Nikko is a must-see for anyone interested in hiking, natural hot springs, waterfalls, and wildlife. The best time to visit is in the fall during koyo (the seasonal changing of the leaves). It is also fairly easy and inexpensive to reach by local train from Tokyo – the trip takes two and a half hours and costs around $30. 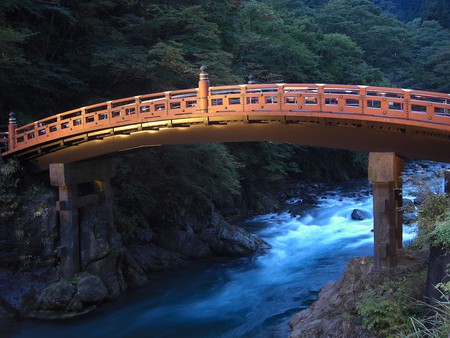 Translating to “Mountain Temple”, Yamadera is a short twenty-minute train ride from Yamagata city. Completed nearly 1,200 years ago, this scenic temple is a place of worship for Buddhist priests and the inspiration for one of Japan’s most famous Haikus, written by the legendary poet Basho. There are also several shops, restaurants, and museums nearby the temple.

Located roughly thirty minutes from Sendai, Matsushima is known for its bay, which holds over 250 tiny, pine-covered islets. The area is considered one of the most iconic views in all of Japan and can be seen from a number of tour boats and cruises.

Weary travelers looking to unwind, look no further. This hot spring and spa resort nestled deep in the mountain forests of Akita is the ultimate escape from the hustle and bustle of urban life. The area offers seven hot spring inns, each with its own natural water source and unique atmosphere. After bathing, treat yourself to a dinner of sansei ryori, a dish made from locally grown mountain vegetables. 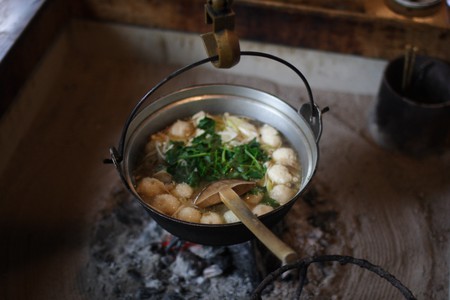 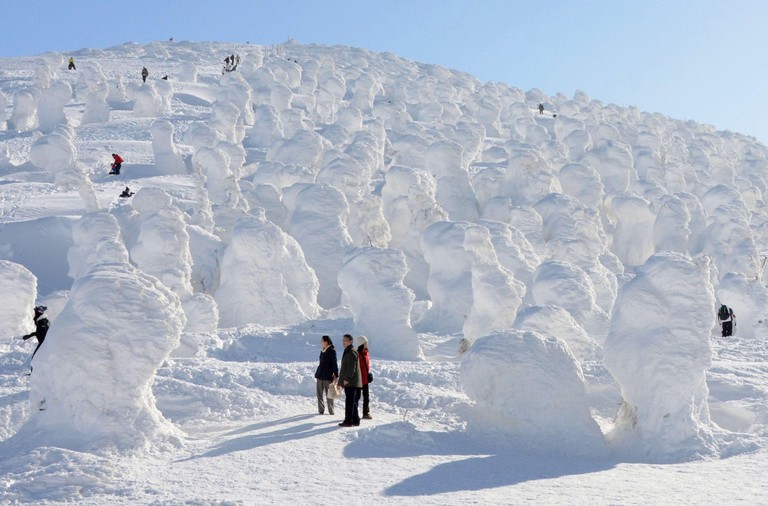 © Newscom / Alamy Stock Photo
Located in Yamagata city, Zao features hiking in the summer and fall, skiing in the winter, and natural hot springs year round. For those feeling a bit lazy, there are three cable cars that bring you from the hot spring village to the more scenic mountain views. The area is easily accessible from Tokyo by shinkansen (bullet train), or highway bus for travelers looking for a cheaper option.
Open In Google Maps
Zaoonsen Yamagata, Yamagata, 990-2301, Japan
+81236949617
Visit Website
Give us feedback

Ski Resort
Facebook
Email
Twitter
Pinterest
Copy link
Share
Map View
While not as remote or exotic as Tohoku’s other ski options, Naeba has become one of the most popular ski resorts in Japan due to its proximity to Tokyo and long snow season. The resort can be reached in under 90 minutes by bullet train, making it an ideal choice for travelers on a tight schedule who still want to spend a day or two on the slopes. The resort offers several package deals that include round trip transportation, lift ticket, and rental equipment.
Open In Google Maps
202 Mikuni Yuzawa, Niigata, 949-6212, Japan
+81257894117
Visit Website
Give us feedback

This 200 km (124 mi) stretch of coastline spans Aomori, Iwate, and Miyagi prefectures. Known for its picturesque coastal views of cliffs, coves, rocky shorelines, islands, and rock pillars, a large portion of Sanriku has been officially designated a national park. During the March 11, 2011 earthquake, entire villages and city districts were destroyed by the tsunami, several of which are still in the process of being rebuilt. 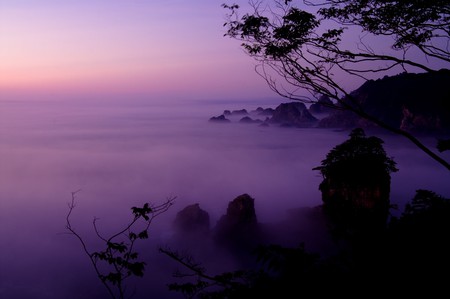 One of the oddest celebrations in Japan, this annual festival in takes place every New Year’s eve in Oga city, Akita. Villagers romp around the village dressed as namahage, a mythological demon-like beast, randomly knocking on the doors of residents’ homes in order to frighten poorly behaved or lazy children into behaving better. Oh, and they’re carrying large kitchen knives.

Travelers with an interest in Japanese history would be remiss to overlook this small town in Iwate prefecture. Around 1,000 years ago, Hiraizumi had a population of 50,000 – 100,000 people, rivalling Kyoto (the capital of Japan at the time) in both in size and sophistication. Today, the area is home to fewer than 8,000, though many of its iconic temples and historical sites have been preserved and are open to the public.