12 Popular Brands of Craft Beer You Should Try in Japan 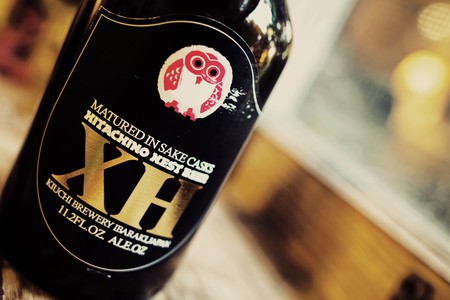 The international perception of Japanese beer has been steadily improving since the government legalization of microbreweries in 1994 (Prior to this, most beer drinkers were limited to major brewing companies such as Asahi and Sapporo). Though it took a few years for the craft beer movement to gain momentum in Japan, local breweries and craft beer bars eventually began popping up all over the country. Take a look at some of the best microbrews Japan has to offer.

This popular brewery from Nagano is known for its IPAs, lagers, ales, and limited seasonal specialty beers. Shiga Kogen also brews under the name Tamamura-Honten, and is currently one of the most widely recognized microbrews in Japan.

Based in the industrial city of Nagoya, this small brewery is best known for its hoppy IPAs and smooth ales. All of Y. Market’s offerings are available on tap at their brewpub and restaurant, located within walking distance of Nagoya station.

Best known for its “Yona Yona Ale”, this brew from Nagano has enjoyed increasing popularity both in Japan and internationally. Yona yona is Japanese for “night after night”, so drinkers won’t have to feel guilty about drinking on a Tuesday.

Founded in 2000 by a husband and wife brewing team, Baird is now ranked one of the top 10 microbreweries in Japan. The brewery now operates six taprooms located throughout Tokyo, Yokohama, and Shizuoka.

Founded in 1996, Hitachino is one of Japan’s most successful and internationally recognized microbreweries. Their ales have been available in the US market since 2000 and can be found in most grocery stores and liquor stores.

This brewery is located in the mountains of the lesser-known Toyama prefecture. Featuring several unique brew flavors such as Sakura(cherry blossom) Beer and Earl Gray beer, Johana is not to be missed by drinkers with a curious and adventurous palate.

Sankt Gallen brews both classic styles (pale ales, porters, stouts) as well as speciality beers such as barley wines, fruit beers, and Kokuto Sweet Stout, which is sweetened by black sugar from Okinawa. 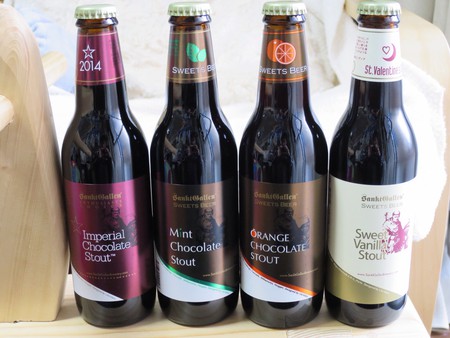 Founded by a former cattle farmer who took an interest in private brewing after its legalization in the mid 90’s, Hida Takayama is best known for its German-inspired beers such as pilsner and weizen. The brewery aims to produce simple, no-frills beers that are crisp, refreshing, and easy to drink.

This swanky brewery/restaurant is located on the waterfront of Tokyo’s Shinagawa ward. The restaurant features a craft beer bar, private dining room, and a terrace with a gorgeous view of the waterfront.

With beers like “Hop Deicide”, “Speed Kills IPA”, and “World Downfall”, this craft brewery and bar in Yokohama is not for the faint of heart. The brewer is a former hardcore/thrash metal guitarist who claims to approach brewing with the same brutal intensity he does with music. Extreme!

First opened in Niigata, this brewery’s unique and tasty beers can now be found at craft beer bars in cities all across Japan. With a variety of styles such as imperial stouts, bitters, and IPAs, Strange Brewing has something to offer every drinker.