12 Places Where You Can Explore the Fascinating History of Japan 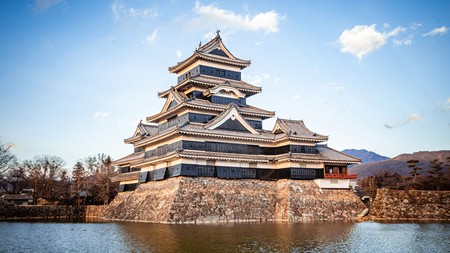 Matsumoto Castle, in Nagano, is one of many sites of cultural significance in Japan | © Lucia Tsujiguchi
Paid partnership with

Japan balances a rich past with a laser-sharp eye on the future. But perhaps key to unlocking its complex cultural code in the present is seeking out its historical gems. Found scattered among skyscrapers, rice fields and mountains across the archipelago you’ll find sumo stadiums, silk mills and even samurai residences, all of which are easy to explore using the cost-effective Hokuriku Arch Pass, which gives you unlimited travel on JR trains for seven consecutive days. 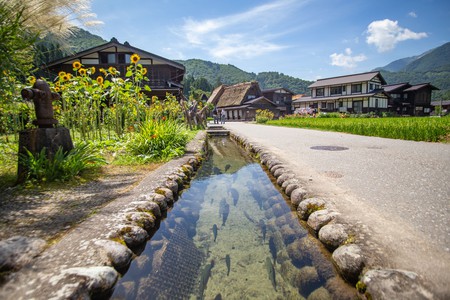 In order to truly understand Japanese culture, it’s crucial to explore the country’s many historical gems, such as Shirakawa-gō, in the mountainous Ōno District | © Lucia Tsujiguchi

Salt is tossed into the ring, feet are stamped, eyes are locked – and a blink-and-you-miss it tumble unfolds in the ring. Sumo is Japan’s national sport and its heartbeat is the Ryōgoku Kokugikan, a vast circular 11,000-seat arena in Tokyo, where annual sumo tournaments take place every January, May and September. The theme continues in the neighbourhood, where numerous restaurants serve up classic sumo fare such as chanko stew, a robust hot pot of vegetables and protein that’s surprisingly healthy as well as tasty. 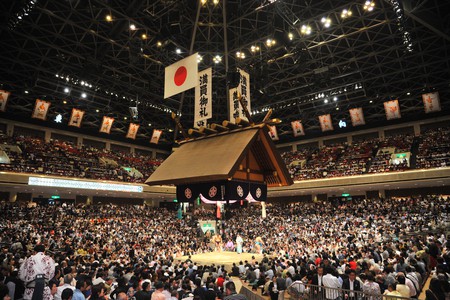 It’s all about Japanese dolls at the Iwatsuki Ningyo Museum, which you can access by taking the Tobu Urban Park Line from Omiya to Iwatsuki station; then it’s a 10-minute walk past a number of doll-making artisan shops. Japan’s first public doll museum, Iwatsuki Ningyo Museum celebrates the charm of Japanese dolls. You can learn about the heritage of Iwatsuki dolls – and how it forms one of the bases of Japanese doll manufacturing – through its notable collections and exhibitions focusing on craftsmanship. 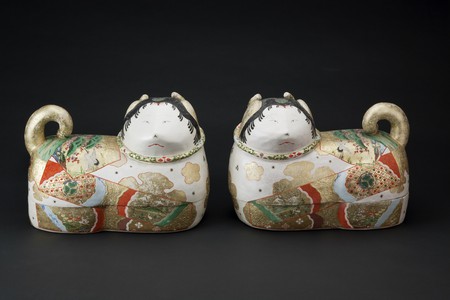 When Tomioka Silk Mill began operations in 1872 as Japan’s first government-run model factory, it was one of the biggest in the world and marked an important step towards modernisation. Today, the factory, which closed operations in 1987, is a Unesco World Heritage Site, a beautiful and well-preserved, example of French and Japanese design collaboration. You arrive at Jōshū-Tomioka station, its brick walls inspired by the mills, and walk through a town defined by silk heritage, before enjoying an official mill tour to get the full cultural experience. 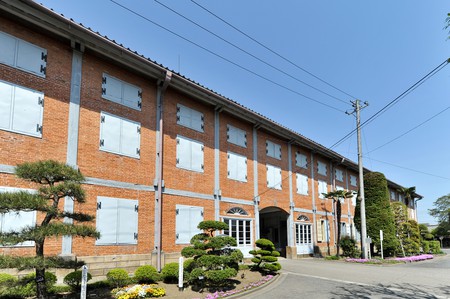 Matsumoto is something of a poster girl for Japan’s castle heritage as it’s home to one of the nation’s few near-complete original castles – many others have been rebuilt after being razed by natural disasters or wartime bombings. Matsumoto Castle, with its late 16th-century roots, comprises an exquisitely proportioned, five-tiered black structure reflected in moat waters, with a flurry of turrets, steep stairs and narrow wooden windows. 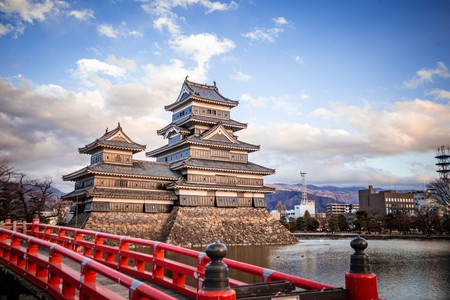 Niigata is prized for its pristine rice paddies and fresh, clean mountain water – which in combination make it the perfect place to make nihonshu sake. Musashino Shuzo, run by the Kobayashi family for over a century, utilises traditional Niigata techniques and melted snow water from the Myōkō Mountains to create a delicious array of sakes for different occasions. Sake-tasting visits can be arranged at the brewery, near Takada Station. 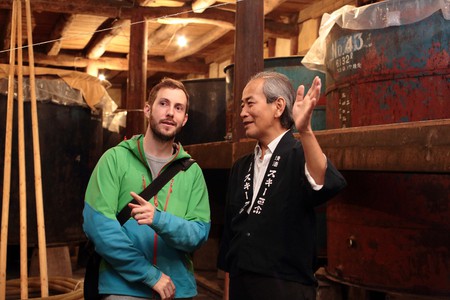 Wood-lovers should make a pilgrimage to Inami, in Toyama Prefecture, which is famed for its wood craftsmanship. Many of the 120 wood-carving workshops here are on the stone-paved Yokamachi Street, with perhaps the most beautiful examples of local craftsmanship on view at nearby Zuisenji Temple, plus the Inami Wood Carving Museum, showcasing countless woodwork pieces, from Buddhist artefacts to daily tools. 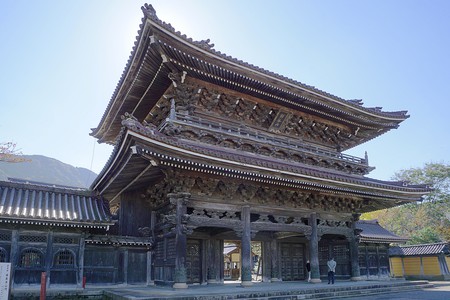 Kanazawa, the capital of Ishikawa prefecture – just 23 minutes by train on the Hokuriku Shinkansen line from Toyama – is a celebrated time-capsule of regional craftsmanship, as embodied by Nomura-ke Samurai Residence. Dating back to the late 16th century, the villa, owned by the Nomura clan, is an atmospheric haven of hinoki cypress wood frames, painted screens and – the scene-stealer – an exquisite intimate garden with a pond, lanterns, stone walkways and a teahouse. 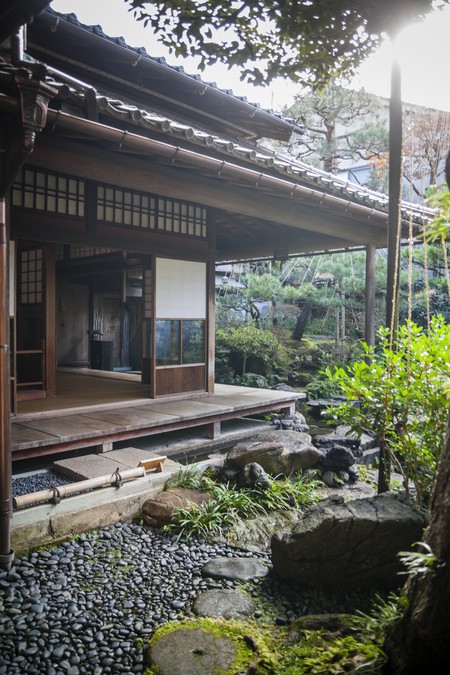 For a taste of rural Japanese life at its most idyllic, Shirakawa-go – an hour from Kanazawa Station by Hokuriku Railroad Bus or Nohi Bus and 50 minutes from Takayama – is hard to beat. This Unesco World Heritage Site, in Gifu prefecture, sits in a remote river valley amid a pastoral landscape, scattered with distinctive peaked thatched-roof farmhouses known as gassho-zukuri. It’s lush and green in summer, then snow-covered in winter – hence the unusual architecture, which is designed to withstand both heat and snowfall. 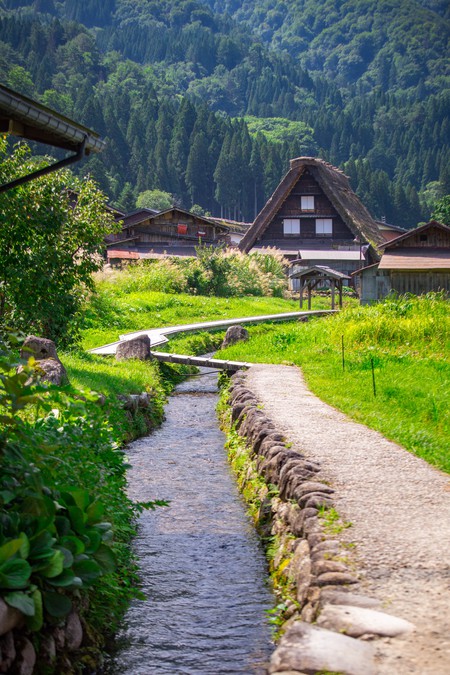 Home to one of six ancient kilns in Japan, ceramics take centre stage at Echizen, a town in Fukui prefecture, around an hour by train from Kanazawa. Ceramics, or Echizen-yaki , have been produced here for more than eight centuries and the craftsmanship lives on today. At Fukui Prefectural Museum of Ceramics, visitors can learn about this ceramics heritage before trying an on-site pottery class and savouring matcha served in Echizen-yaki tea bowls in the garden. 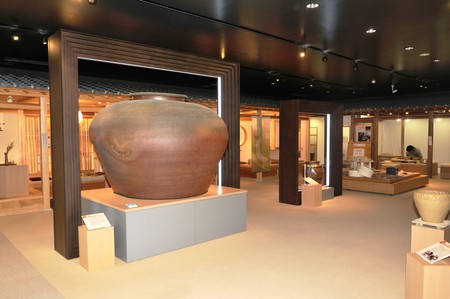 Among the many shrines in the ancient capital, Kyoto – just one hour and 25 minutes from Fukui station – Fushimi Inari Taisha Shrine is perhaps the most recognisable and most Instagram-friendly. Dedicated to the god of family safety and business prosperity, it’s famed for its pathway of bright red torii gates leading up Mount Inari. Along the way you’ll find small shrines, teahouses and fox statues. 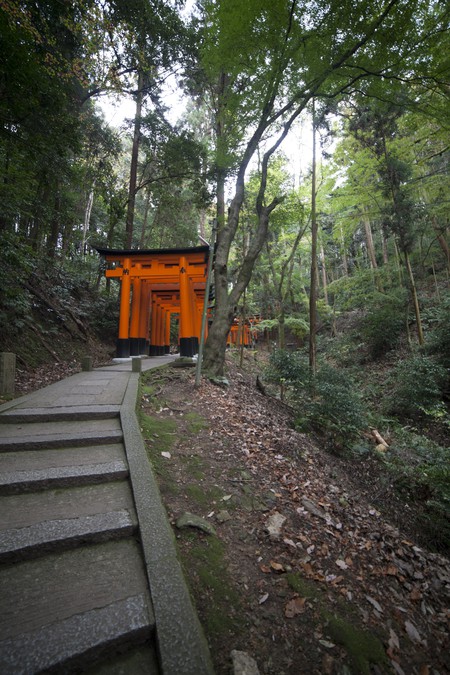 Pay homage to the god of family safety and business prosperity at the Fushimi Inari Taisha, in Kyoto | © Toshiko Sakurai

On the northeast side of Kyoto is Mount Hiei, home to picturesque hiking, seasonal nature and, most importantly, one of Japan’s most sacred temple complexes – eighth-century Enryaku-ji. Long celebrated as the “mother” of Buddhism in Japan, it is a hub of study and home to “marathon monks”, who undertake 1,000 days of circumambulation. Countless hiking trails span the sacred slopes, as do cable cars, including the longest in Japan. It’s one of several historic temples and shrines that scatter the forested mountains of Otsu, whose station is just 9 minutes from Kyoto station. 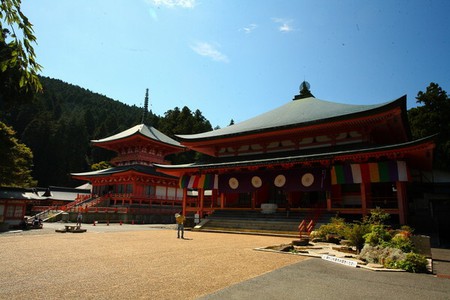 One legacy of the samurai world that lives on in modern Japan is its knife-making skills. Today, Sakai, a port city south of Osaka widely regarded to be the birthplace of Japanese knife manufacture, is home to countless workshops, producing some of the world’s finest blades. Among them is generations-old Wada shoten, where craftsmen engrave the buyer’s name on a knife of their choice. 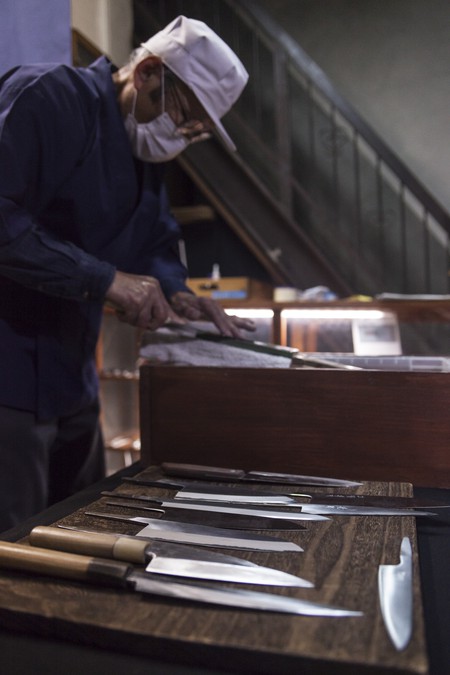 Hop on board the New Golden Route via Hokuriku to dive deeper into the fascinating history of Japan and plan your visit to these wonderful destinations. And be sure to check out the latest New Golden Route brochure.