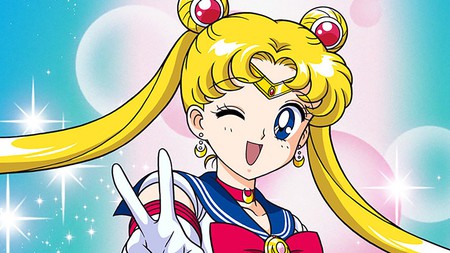 They have defined childhoods, made friendships and given karaoke sessions a major shot in the arm. Here’s our selection of the best anime opening songs (anisongs to aficionados), from 1970s classics such as Lupin III to 2000s shows including Samurai Champloo.

An earworm so potent it should be quarantined, this iconic theme perfectly soundtracks Usagi Tsukino in her daily struggle to save the universe, woo Tuxedo Mask and get her homework done. Like many animes of the ’80s, the song has an equally era-defining English-language version. Russian figure skater Evgenia Medvedeva delivered a show-stopping routine – complete with Moon Prism Power transformation – to the show’s soundtrack at the Tokyo World Team Trophy Exhibition in 2017, sending her skating into the hearts of otaku (anime fans) across the globe.

Crystal King vocalist Monsieur Yoshiaki gives his vocal cords a serious workout for the theme to the show we know in English as Fist of the North Star. It’s one of the best anime theme songs for sheer power, thanks to a memorable refrain (“You wa shock”) and inspired many impressionable youngsters, one of whom would grow up to become former UFC heavyweight champion Josh Barnett, who used the tune as his entrance theme before doing battle.

Evangelion mastermind Hideaki Anno had no intention of using a conventional theme for his ’90s masterpiece. His first choice was Alexander Borodin’s Polovtsian Dances from the opera Prince Igor. But the channel broadcasting the show, TV Tokyo, felt such a choice could risk confusing viewers, and asked him to come back with something a bit more catchy. The rest is history. A reasonable argument can be made for this being the greatest anime song of all time, somehow managing to perfectly fit the show’s dark themes (apocalypse, depression, incest, Oedipal complexes and massive robots) despite being, at heart, a disco banger.

Yuji Ohno’s music for the long-running show, which debuted in 1971, is unique among anime soundtracks in that it works even if you have no interest in the source material (or, for that matter, anime in general). The soundtrack was recently rereleased on vinyl in Japan and its lush cinematic mix of funk, disco and jazz is the sort of thing you could stick on at a cocktail party and instantly make the evening more glamorous.

Epic, delirious and overwhelming, Linked Horizon’s prog metal assault evokes the kind of emotions you would expect from a show about skyscraper-sized giants devouring people. The mood is one of frantic, survive-at-all-costs action, accompanied by one of the all-time great opening sequences, as the brave souls of the Scout Regiment zoom over rooftops while struggling to bring down the nightmarish colossi. A fan favourite, it has numerous cover versions on YouTube, from a capella renditions to an impressive effort using bagpipes.

Distinguished voice actor and singer Isao Sasaki is a legend in anime. Not only has he performed the themes to a number of classic shows, he also performed voice work and is held in such high esteem that he was chosen to be the voice of Superman in the Japanese dub of the Christopher Reeve-era movies. His warm, venerable baritone is put to unforgettable use in the opening to the iconic space opera – this is one of the most iconic anime songs, and one so stirring that even the Japanese navy has paid tribute to it.

This one’s every bit as life-affirming and feel-good as its source material. Japanese singer/actress Miwa’s upbeat vocals are the ideal fit for this slice-of-life anime, which deserves special mention for the quality of all its opening and closing songs, particularly the ending theme to season 2, which will keep your spirits up as you pray for that elusive third season.

Among the best anime openings of all time, this one sits alongside A Cruel Angel’s Thesis for the coveted No 1 spot. Composer Yoko Kanno concocted a superb mix of blues, jazz, swing and pop, topped with a contemporary twist; it was an instant classic on release. In the early 2000s, the music got the remix treatment from a number of EDM musicians, including Luke Vibert.

If you’re going to punch a baddie so hard you puncture an entire mountain with the force of the blow, you’re going to need the right kind of song. Enter Hironobu Kageyama, former member of rock band Lazy, and his enjoyably overwrought slice of anthemic gusto. Another fan favourite that’s been subjected to a host of cover versions, it appears regularly on TV and radio, even popping up in talent shows in Southeast Asia.

A planet-conquering phenomenon with more than 800 episodes aired, One Piece has a whopping 19 different opening themes across its many seasons. Of these, it’s the original that is still the best, and it’s every bit as swashbuckling and uplifting as protagonist Monkey D Luffy and his Straw Hat Pirates. The song is also a showcase for the JAM Project, an anime theme songs supergroup that records regularly and performs spectacular concerts.

The legendary Japanese producer Nujabes was one of the most distinctive voices in Asian hip-hop until his tragic death in 2010. He left behind a game-changing body of work, including the theme to Shinichirō Watanabe’s acclaimed samurai epic, with beats that Flying Lotus would kill for. As with Lupin III, the soundtrack works as a fantastic listen in its own right.

This one may be breaking the rules a little bit as it’s for the English dub of the show, but it would be impossible not to include it on this list – it’s a song that defined an era. In the late ’90s, millions of kids emptied their pockets (or those of their parents) for the cultural juggernaut, and so beloved is the theme that mass singalongs in public still happen to this day. South Park memorably, and brilliantly, satirised both the franchise and its song during its third season.