11 Things You Only Learn When You Have Japanese Friends 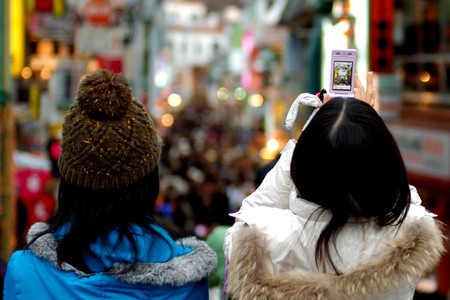 One of the best things about living in a major international city is being able to make friends with people from all over the world. When your girl squad is comprised of smart, sassy, and talented girl friends from every country, you learn something new each day. Here are just a few essential facts of life you’ll learn when your best friend is Japanese.

Japanese purikura machines are like photo booths on steroids, with special effects that make your eyes larger and a digital stylus for decorating your photos with sparkles and text before they’re printed out. It’s been popular in Japan long before Snapchat face filters were ever a thing. 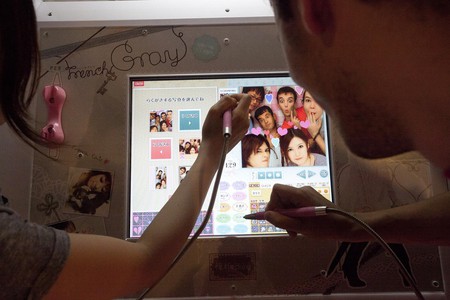 All the best slang

Having a best friend who speaks another language is probably the easiest way to pick up phrases that are more useful than “This is a pen.” Spend enough time together, and you’ll find that you and your bff start to talk a lot like each other in your second languages.

Hey, those two holes on the bottom corner of your cell phone case actually do something! In fact, they’re meant for attaching a charm to your phone case. Known as a “pair keitai strap,” matching phone charms are not just for couples. In Japan, bffs also accessorize their phones with matching charms — kind of like undercover twinning.

While in Western cultures it may be common to make casual commitments to parties and other social events, canceling at the last minute or simply not showing up is considered seriously rude in Japanese culture. This is referred to as dotakyan, short for dotanba (last minute) + kyanseru (cancellation).

Because Japanese communication is much less direct and confrontational than Western communication, dotakyan basically expresses your disinterest in a relationship and is a good way to strain or lose a friendship.

Take the time for handwritten notes

Texting can be so impersonal. Nothing adds a personal touch quite like a handwritten message on cute stationery. If you can fold the note into tiny origami shapes, even better.

People in Japan are serious about their karaoke — after all, they invented it — and if there’s one thing I’ve learned from my Japanese friends, it’s that everyone needs a juhachiban. This is your go-to song that brings the house down, whether it’s The Little Mermaid’s “Part of Your World” (in English or Japanese!) or Nicki Minaj’s “Anaconda.”

How to tie a yukata the right way

To correctly put on a yukata, or summer kimono, the left panel must cross over the right panel. Get it wrong, and you basically look like the newly dead dressed for their funeral rites—yikes! A handy trick to help you remember: if you can slip your right hand into your yukata, then you’re okay.

Once you’ve got your yukata on the right way, it’s time to hit up Tokyo Disney or a nighttime harbor cruise!

Which shops carry the best fukubukuro

New Year’s shopping in Japan is the closest thing to Black Friday madness. Stores clear out last year’s merchandise by packing it into blind bags called fukubukuro for sale at a steep discount.

What to eat in Japan when you’re sick

Forget chicken noodle soup — when you’re sick in Japan, it’s all about a gentle bowl of rice porridge called zosui or okayu.

And not just Japanese beauty products. My Japanese friends introduced me to the wonder that is the Korean sheet mask. They’re the perfect souvenir to pick up for friends on a trip to Seoul.

There’s a LINE sticker for everything

LINE is the premier messaging app for people in Japan, and just about any emotion can be expressed through LINE stickers (or “stamps” as they’re called in Japan)! If you don’t have the money to spend on cute stickers, there are plenty of free promotional stickers that come out regularly.