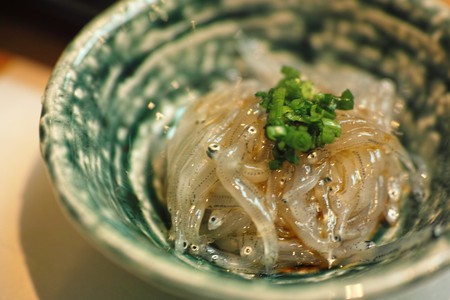 The tamest kinds of sushi are usually the ones that end up being the most popular. But sushi connoisseurs know that when it comes to this dish, being adventurous is half the fun.

Mentaiko is raw pollock roe seasoned in a chili marinade. Its inspiration comes from Korean cuisine, where the locals have been enjoying a version of it for hundreds of years. It goes great with almost anything, and in Japan, you’ll find everything from mentaiko pasta to mentaiko sandwiches. As a sushi topping, it can be the main event or a flavorful sauce. 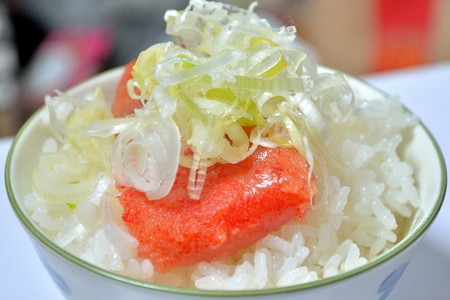 Mentaiko as a topping for rice | © Toshihiro Gamo/Flickr

Kazunoko is herring roe marinated in dashi seasoning. Dashi is a common stock used in Japanese cooking made from dried fish flakes and kelp. In Japan, people often enjoy kazunoko as a New Year’s food (osechi). Like many other types of fish roe, it’s considered an expensive delicacy. 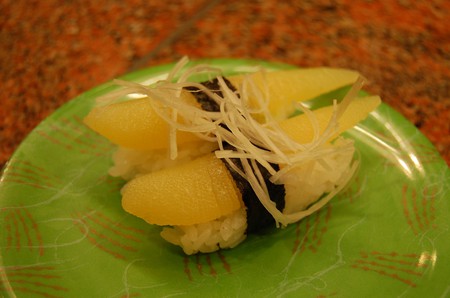 The dried green strip on your gunkanmaki sushi can also be used as a fresh ingredient. Fresh nori seaweed or namanori is a healthy and refreshing change to the usual sushi toppings. It looks like a very dark green mush.

Kanimiso looks like a grayish-green, unappetizing paste, but it’s actually very nutritious and tasty. It’s made by cooking the crab’s intestinal offal and adding miso paste for flavor and texture. Kanimiso is sometimes called crab roe or brain, but this is incorrect. 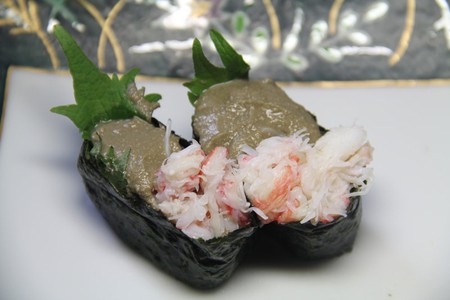 When talking about food, uni refers to the reproductive organ of both genders of sea urchin. Lightly seasoned to bring out its slightly salty-sweet flavor and with a creamy texture, uni is considered a delicacy in many parts of the world. As part of nigirizushi, it’s generally eaten raw. The finest quality uni can cost upwards of 400 USD per kilogram. 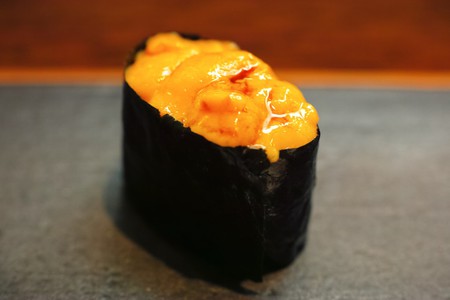 Unagi is the Japanese freshwater eel, and anago refers to saltwater eels. These water dwellers must be fully cooked before serving. They’re either marinated and simmered or grilled in a salty soy-based sauce. Anago is the lighter and softer of the two. 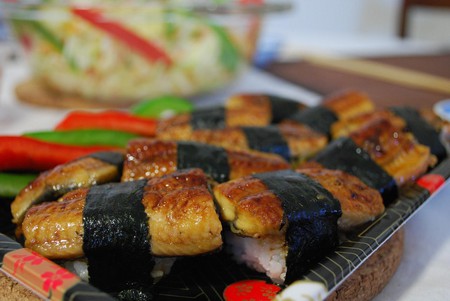 Many who are unaccustomed to it find natto to be one of the most repulsive foods to come out of Japan. But these smelly, rotting beans have numerous health benefits, and the locals have learned to love them. They make a great gunkanmaki or sushi roll. 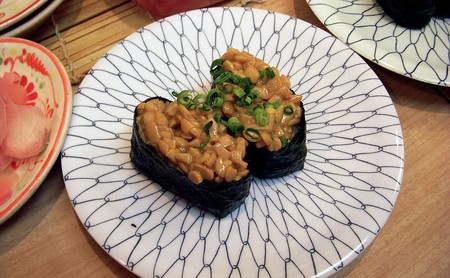 Tamagoyaki is sometimes called a Japanese omelette. It’s a simple dish made by seasoning an egg with soy, grilling it and folding it in on itself to create the texture and look for which the delicacy is famous. Tamagoyaki may be the furthest thing from a fish, but it’s become one of the most popular sushi toppings.

Consuming fugu can be a little scary; the toxin contained in the fish’s organs kills within minutes and has no known antidote. For that reason, puffer fish organs and skin are virtually never eaten as food. Specially trained fugu chefs go through years of schooling just to prepare them for working with the fish. All of this makes fugu one of the most expensive types of sashimi and sushi.

Shirasu are extremely tiny fish fry, usually from sardines but occasionally other fish. They are a specialty in Kanagawa prefecture and are in season almost all year long. The dried version is known as chirimen jako and can be a healthy and flavorful addition to any meal. For sushi and shirasu-don, the blanched, wet, salted version known as kamaage shirasu is used. 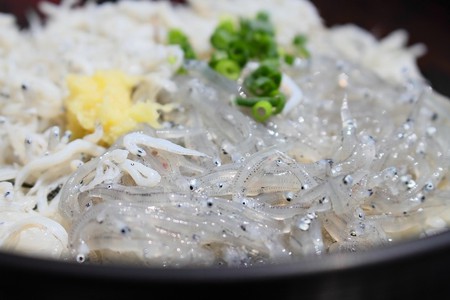