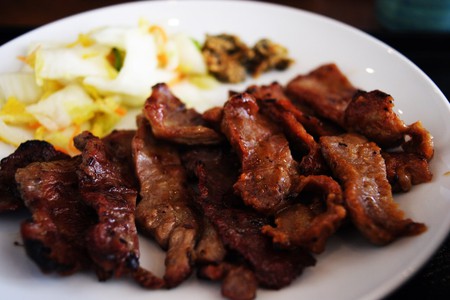 With vast expanses of lush greenery, mountain ranges, and hot springs, the Tohoku region of Japan’s main island (also known as “Northern Honshu”) boasts some of the most breathtaking views in the country. The natural landscape has allowed farming, agriculture, and fishing industries to flourish over the years, resulting in specialty ingredients and dishes that can only be found in the Tohoku region. Check out some must-try local dishes below.

A fun twist on traditional Japanese soba, this dish from Iwate prefecture is served in tiny bowls containing just one or two bites’ worth of noodles, encouraging diners to stack up as many empty bowls as possible on the dining table. After each round of bowls is eaten, the staff rushes over with more soba until customers have reached their limit. It is not uncommon for one person to polish off around 50 or 60 bowls of noodles.

Traditionally cooked outdoors over a fire pit, imoni is a communal dish typically shared among family members, friends, and colleagues. It is essentially a giant pot of stew containing taro root, potatoes, beef, onions, sake, and sugar, cooked in a miso or soy sauce broth. During the annual Imoni Festival held in September, a massive pot of stew six meters (19.6 ft) in diameter is prepared and served to around 30,000 guests.

While it isn’t hard to find udon in Japan, this dish from Akita prefecture contains some of the finest noodles in the country. Taking up to four days to prepare, the noodles are thinner and smoother than standard udon and glossy in appearance, making them easy to slurp down. They can be served in soup or on a traditional bamboo mat with dipping sauces on the side.

Another famous dish from Akita prefecture, kiritanpoi is made by mashing rice into a sort of paste, then wrapping it around wooden skewers and roasting it over hot coals. Once the skewers are ready, they can be dipped in various sauces or added to a meat and vegetable stew. 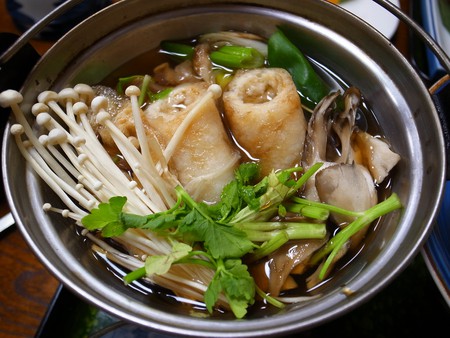 Originating in Korea, this cold noodle dish was first served in Japan at a Korean yakiniku (grilled meat) restaurant in the 1950s. Reimen has enjoyed growing popularity in Japan and over the years has been tailored to suit Japanese tastes. The cold noodles and refreshing broth serve as a palate cleanser after an evening of barbecue and beer.

A simple yet hearty treat for the wintertime, this thick, creamy soup is typically prepared with pork, vegetables, and udon noodles. The dish originated in Aomori prefecture but is can now be found in restaurants around the country or even prepared at home thanks to the simplicity of the recipe and its ingredients.

Now considered a staple of Japanese cuisine, gyutan (literally, “beef tongue”) was first served by a chef in Miyagi prefecture during the late 1940s. While the idea of eating tongue may put off those with a less adventurous palate, the meat is considered by locals to be tender, juicy, and flavorful. 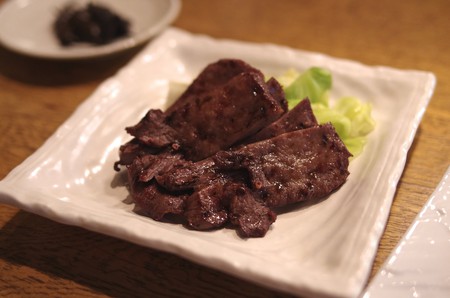 Also known as “Fukushima Gyoza”, this dish is prepared by arranging several gyoza (Chinese dumplings) in the shape of a disk and fusing them together in a frying pan. The gyoza are stuffed with vegetables and meat and are typically served with dipping sauce, vinegar, and spicy oil.

Translating literally to “mountain person food”, sanjin ryori is comprised of various foods including noodles and fried mochi, or rice cakes. The dish got its start in a tiny village in Fukushima called Hinoemata, which in spite of its population of less than 1,000, is famous among the Japanese for its soba noodles and kabuki theater.

This tender, marbled beef from Iwate prefecture ranks among the highest quality cuts of meat in Japan. It is served in a number of dishes including steak, yakiniku, shabu-shabu, and for diners who aren’t afraid to eat raw beef, sushi. 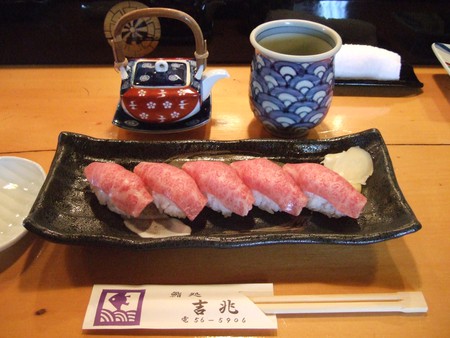