10 Things To Know Before Visiting Hakodate 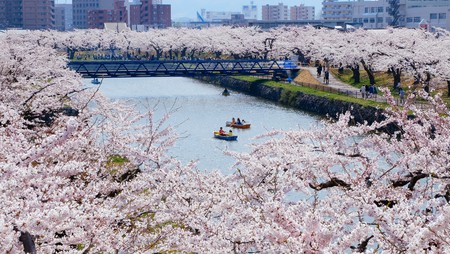 A little bit of history and a few practical tips will help you hit the ground running when visiting Hokkaidō’s port city, Hakodate.

Visitors may have a long list of questions before arriving in Hakodate, Hokkaidō’s southern gateway on the tip of the Oshima Peninsula. Western- and Japanese-style buildings sit between the soaring Mount Hakodate and the waters of the Tsugaru Strait and the Hakodate Bay, with enough cultural attractions to warrant a couple of days during any trip to the northernmost of Japan’s five main islands. These are the 10 things travellers need to know before visiting Hakodate, Japan.

How to get here

Hakodate isn’t the easiest place to get to, as it’s right at the bottom of the Oshima Peninsula. The quickest way is to fly, and there about 10 direct flights a day from Tokyo’s Haneda Airport. The busier New Chitose Airport near Sapporo is a four-hour trip to Hakodate on the JR train – the Shinkansen won’t stretch this far until 2030. And speaking of the bullet train, the Shin-Hakodate-Hokuto station a little north of Hakodate itself is about four hours from downtown Tokyo. That pricey ticket – typically upwards of ¥20,000 (£151) – is more affordable with a rail pass. Within Hakodate, two old-school tram lines wind through the middle of town, which is easily explored on foot.

How to dodge the mountain crowds

Mount Hakodate is a must-visit, and the railings of the observation deck at its summit are rammed with tourists every day at sunset. It’s a battle to even get to the top around this time, as the roads are closed to cars to make way for buses, and long queues await the cable car. The solution is to head up a little earlier – the observatory opens at 10am year-round, when visitors don’t have to fight for a prime position. Alternatively, visit later at night (until 10pm in summer and 9pm in winter) when the city lights still sparkle between the two arcs of pitch-black water that swell on either side of them.

Hokkaidō is renowned for its frigid climate. Hakodate is no exception. The summers are coolish and not humid at all, with the mercury reaching a pleasant 20C (68F) most days between June and September. However, the temperature still plummets at night, so rug up for an evening atop Mount Hakodate. Winter is a different story. Temperatures rarely top freezing as a blanket of snow descends between December and March, demanding proper winter clothes and snow boots to get around comfortably.

Find the island’s only National Treasure in Hokkaidō

When the ice age thawed 15,000 years ago, Jōmon culture emerged in its wake. Villages of hunter-gatherers developed technologies to survive in this frost-bitten terrain, leaving ruins across Japan before dying out around 1000 BCE. Around 1,200 artefacts now live in the Hakodate Jōmon Culture Center, including a 3,500-year-old hollow clay figurine named Chuku-Dogu – the first and only National Treasure on the island of Hokkaidō. This curvaceous concrete structure lies on the coast about a 45-minute drive north of Hakodate – also the only roadside station in Japan with a National Treasure.

Brace yourself for salty food

Stroll around the legendary Hakodate Morning Market, which shuts each day at noon, to learn how important seafood is to the city’s local cuisine. Tanks of squid are popular, and they are celebrated everywhere from the wiggly dance performed at the Port Festival each summer to the colourful manhole covers painted with squid cartoons. And squid isn’t the only salty food on Hakodate’s menu. The Lucky Pierrot burger chain offers a deep-fried Chinese chicken hamburger, and the local speciality, shio ramen, is named after the word salt.

Washed down with something sweet

Southern Hokkaidō is also proud of its dairy industry, and that milk is never tastier than when it’s used in ice cream, called soft cream in Hakodate. Lucky Pierrot serves silky-smooth soft serve, while Petite Merveille is a Western-style favourite in the Kanemori Red Brick Warehouse precinct. Milkissimo in the Goryokaku Tower atrium does some seriously inventive flavours, including a cherry blossom special when the sakura bloom in the very unusual fortress across the road.

Built in 1864 by the Tokugawa shogunate, Goryōkaku didn’t last long; it was overrun by Japan’s new imperial army in 1869. That was still long enough for this star-shaped fort to earn the distinction of being Japan’s first Western-style castle before it was converted into a public park lined with cherry blossom trees that come to life each spring. And Goryōkaku isn’t Hakodate’s only slice of Europe. Foreign traders built the Motomachi area in the 1850s, erecting churches and stately mansions in the design they were used to back home. Slopes like Hachimanzaka and Daisanzaka supply impressive views of the bay, bookended by these Western-style structures.

The area has a deep indigenous history

Hokkaidō was a wild frontier during Japan’s feudal period, controlled by the indigenous Ainu people. The Japanese eventually gained control of the southern chunk of the island around Hakodate and threw open the doors to Western trade in the 1850s, exposing the Ainu to smallpox and forcing them to assimilate. Their population may have shrunk, but their culture is preserved by the Hakodate City Museum of Northern Peoples, a collection of cultural artefacts showcased in the grand old Bank of Japan building near the Suehiro-cho tram stop.

It’s super close to the mainland

It’s incredible that Hokkaidō felt like such a stretch centuries ago, as Hakodate sits only about 20km (12mi) across the Tsugaru Strait from Cape Ōma – so close that Honshu is visible on a clear day. A tunnel connects the Aomori Prefecture with Hakodate, but the Seikan Ferry Memorial Hall Mashumaru reminds visitors what the crossing was like above the water before the tunnel was unveiled in 1988. The former ferry sits in the harbour as a time capsule of the old days, and budding skippers can even take the wheel in the pilothouse.

Hakodate is a lovely city, but perhaps the most compelling reason to spend a few nights here is to explore more of southern Hokkaidō. Lounge in front of the ocean at Yunokawa Onsen, also home to the famous snow monkeys that bathe in private hot springs during the cooler months. The lakes of Onuma Quasi-National Park are as appealing when they’re frozen as when they’re covered in canoeists over summer. Even Hokkaidō’s only Japanese-style castle, Matsumae, is reachable within a day from Hakodate. Then it’s onwards to Sapporo and the ski slopes farther north.