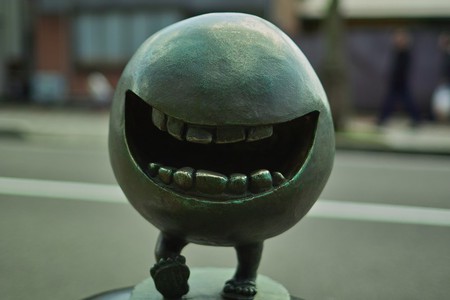 A yokai on Mizuki Shigeru Road, an area devoted to these fictional creatures | © puffyjet/Flickr

From mythical foxes and shape-shifting raccoon dogs to vengeful spirits and human-eating spiders, Japanese folklore is full of fascinating creatures born from people’s observations of the inexplicable. Many of them have jumped straight from the pages of myth and into popular culture. These 10 supernatural beings, yokai (strange monsters) and ghosts may be big or small, comical or terrifying, but all of them are sure to spark your imagination.

In Japanese folklore, kitsune or foxes are depicted as intelligent and possessing magical abilities. Foxes were once thought to be messengers of the kami (divine being) Inari. It was believed that foxes could take on human form, usually the shape of a beautiful woman. However, they’re depicted as clever tricksters rather than evil monsters. The nine-tailed fox is a recurring theme in pop culture, as seen in the Pokemon and Naruto series as well as the critically-acclaimed Okami video game. The idea of nine-tailed foxes comes from China, where they were believed to be omens. 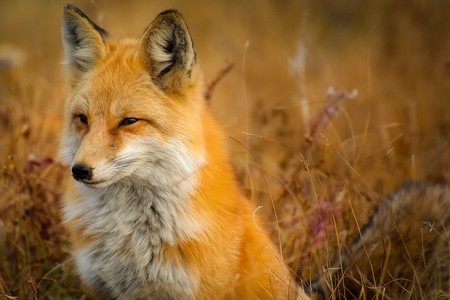 In their earliest depictions, tengu were dark, crow-like creatures that liked to cause mischief, but luckily they were easy to fool. Later, another form of tengu appeared, this one more humanlike, with an extremely long red nose and a fierce expression. These were the daitengu or greater tengu, demi-gods that protected the mountains they lived on, but now the lesser tengu are also depicted with a similar appearance. Tengu were once thought to be evil, but later people began thinking of them as protective spirits. 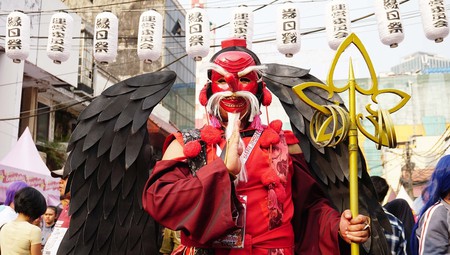 Cosplaying as a tengu | © saesherra/Pixabay

Jorogumo are enormous, spider-like demons. In most stories, they’re depicted as evil and hungry for human flesh. In order to catch prey, the jorogumo can disguise themselves as attractive women. Its name “jorogumo” sounds like “spider maiden”, but it’s written with kanji (logographic Chinese characters) that have a different meaning, and also refers to several species of real spiders. 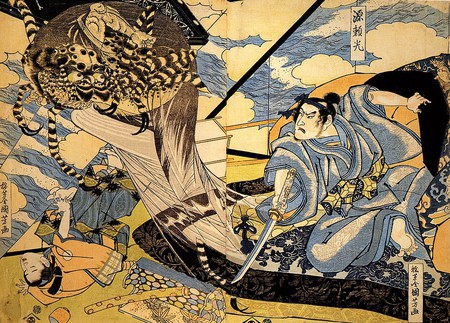 The Korobokkuro come from the Ainu myth. The Ainu are people native to Hokkaido and northern Japan. According to legend, the Korobokkuru were a race of miniature people who engaged in trade with the Ainu. But they were incredibly shy and had never been seen by a human. One day, an Ainu man ambushed a Korobokkuro, desperate to know what they looked like. Angry and embarrassed, the tiny person fled and the Korobokkuro were never seen again.

Tsukumogami are old but useful items, like teacups, musical instruments and tools, that come alive by absorbing energy from their surroundings over a long period of time. They might cause trouble or take revenge on their owners for abandoning them. But most tsukumohami are harmless. Some stories even describe them as protective of their homes, warning the residents of danger. The kasa-obake, a one-legged, one-eyed umbrella yokai with a long tongue, is sometimes considered a tsukumogami.

Shikigami are spirits with no will of their own, brought into existence by magic-wielding masters. The sole purpose of the shikigami or shiki is to complete simple tasks for its owner, such as spying or stealing. The shiki itself has no visible form. It can only become visible if it takes on the shape of paper – usually paper dolls or winged origami. These paper shiki are commonly seen in Japanese fantasies like Natsume’s Book of Friends and Ghibi’s Spirited Away, where they do the magic-wielder’s bidding. 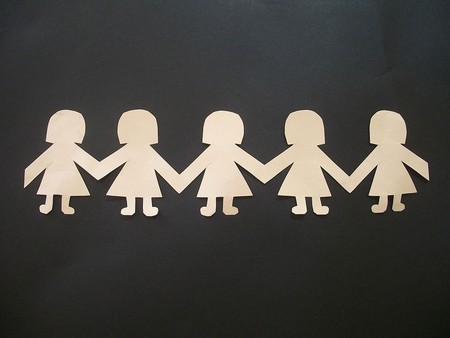 Shiki can only appear as paper manikins | © PublicDomainPictures/Pixabay

Tanuki are known as raccoon dogs in English. These creatures are native to East Asia, and while they do resemble raccoons they are more closely related to coyotes and foxes. Tanuki were once revered as guardians of the natural world, but gradually their image shifted to one of a slow, comical trickster. They’re believed to have limited magical powers including shape-shifting abilities, just like kitsune. In real life, tanuki have enormous testicles, and this hasn’t gone unnoticed by observers. Depictions of tanuki, including statues, often exploit and exaggerate this comical feature. For example, the tanuki of Ghibli’s Pom Poko movie use their huge, inflatable scrotum as parachutes. 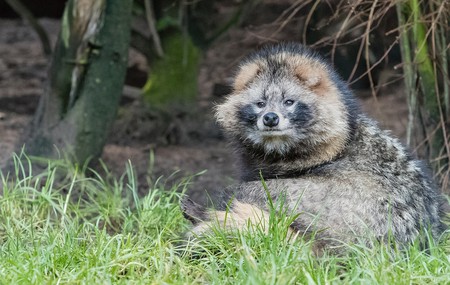 Onryo are vengeful spirits that return to the world of the living to exact their revenge. They’re usually shown as having long, unkempt hair and bluish skin. The idea of an angry ghost seeking revenge by causing trouble, spreading illness or even committing murder is a common theme in popular Japanese culture. The most well-known example is Sadako Yamamura from The Ring. 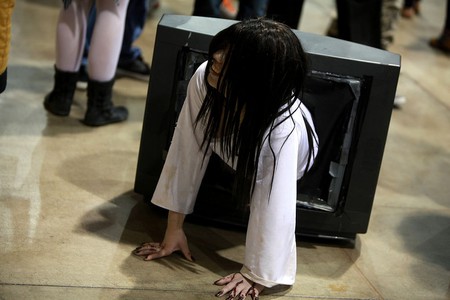 Cosplaying as Sadako from The Ring | © Gage Skidmore/WikiCommons

Nurikabe are mischievous spirits which try to trap and disorient travelers by forming a wall to block their paths, or trapping them inside a closed shape. They only come out at night. They are more of a nuisance than anything and don’t usually cause bodily harm. Nurikabe are fairly common in stories about yokai, and have made an appearance in popular anime Inu X Boku and Shigeru Mizuki’s bestselling supernatural manga GeGeGe no Kitaro. 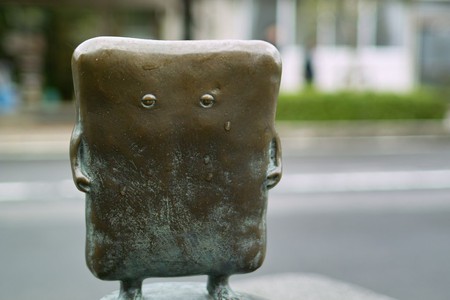 Nurikabe on Mizuki Shigeru Road | © puffyjet/Flickr
Give us feedback