10 Snack Brands that Japan Does Better 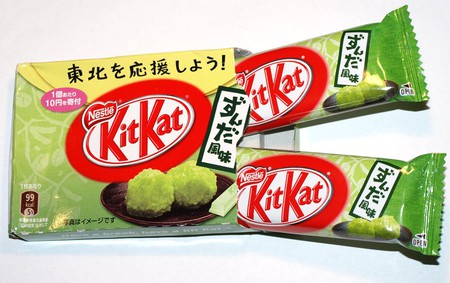 Japan is no stranger to imported goods and services. In fact, it is nearly impossible to spend more than 10 minutes in any major Japanese city without seeing a Starbucks, McDonald’s, or 7-Eleven. However, this does not mean the nation has forfeited its culture in favor of the Western world. The Japanese have a unique ability to adapt foreign products to better suit their own tastes, and the end result is often a vast improvement on the original. We take a look at the Japanese version of some of the world’s most popular snacks.

The most popular Japanese adaptation of American confectionary, over 300 unique flavors of KitKat have been produced since the item was first introduced in Japan. Some flavors are standard (strawberry, apple, fruit parfait) while others are bit more adventurous (baked potato, sake, apple vinegar). There are even limited edition regional flavors in to celebrate foods from different parts of the country. 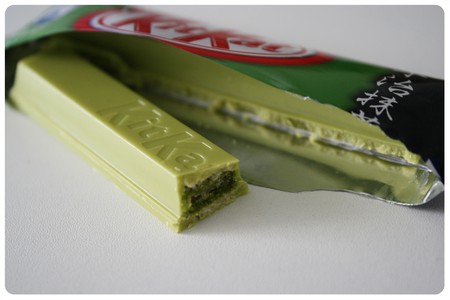 A Japanese creation, these popular chocolate-covered biscuit sticks can now be found all over Asia and in some Western countries as well. While the design of the product remains mostly the same, the flavors vary by country. Pocky are called Rocky in Malaysia and Mikado and the UK, and there is an ongoing rivalry between Pocky and Pepero, an almost identical product from Korea.

For years, Doritos fans were limited to only two choices: Cool Ranch, and Nacho Cheese. Fortunately, those days are over, and there are now over 20 varieties of Doritos Chips in Japan. Like most of Japan’s experimental snack flavors, some are more appealing than others. Garlic, Tacos, and Yuzu flavors are certainly worth a try. Roe and Mayonnaise, well, to each his own.

Like KitKat bars, Fanta is available in a number of bizarre and exotic flavors that can only be found in Japan, including golden grape, lychee, snow squash, and ume (sour plum). There are also several limited edition flavors with names that don’t give any hint as to what the drink actually tastes like, such as Funmix, Hip Hop, and Sweetie. 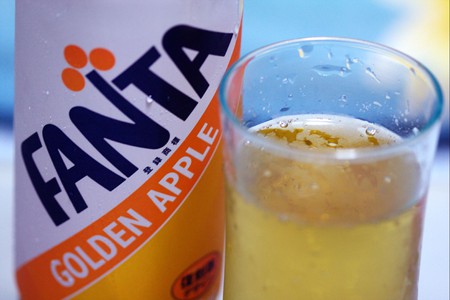 While the classic Lay’s potato chips are readily available in Japan for anyone feeling a bit homesick, chips fans will not want to miss out on the local varieties. Flavors like Teriyaki Chicken, Kyushu Seaweed, and Cool Cucumber are just a few of the flavors you can find in most major grocery stores.

Traditionally a German layer cake, baumkuchen was first introduced to Japan by Karl Joseph Wilhelm Juchheim during World War I. After the war, Juchheim and his wife decided to stay in Japan and open a pastry shop in Yokohama, and as business grew, the cakes became more and more popular among the Japanese. Today, Juchheim Co. has various branches and subsidiaries all over the country, and baumkuchen is now one of the most popular confections in Japan. 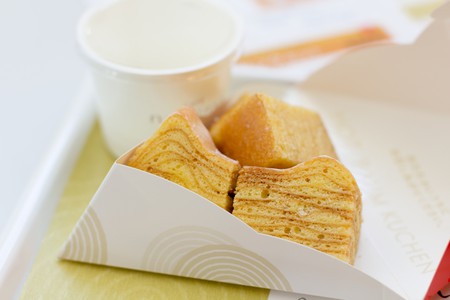 Another European-inspired sweet, Shiroi Koibito (literally, “white lover”) is a white chocolate cookie produced by a confectionary maker in Sapporo city. The cookie is celebrated by locals in the area, and there is even a theme park named after it where visitors can design and bake their own cookies.

One of the most commonly purchased souvenirs among travelers in Japan, these small pastries are similar in appearance to Twinkies, but the quality and taste is far superior. The cream inside the sponge cake is made with real banana puree, giving Tokyo Banana a fresh and natural taste not typically found in store bought snack cakes. They can easily be found in grocery stores and souvenir shops all over Japan as well as in the airport for last minute souvenir shopping.

Oreo purists will scoff at any change made to the original cookie, but that shouldn’t deter you from trying a Japanese Oreo at least once. With flavors like Matcha (green tea), Blueberry, and Orange Ice Cream, these cookies are an ideal gift to bring back home to anyone with a sweet tooth and a mild sense of adventure. In fact, matcha Oreos have become so popular they are now available in American grocery stores as well. 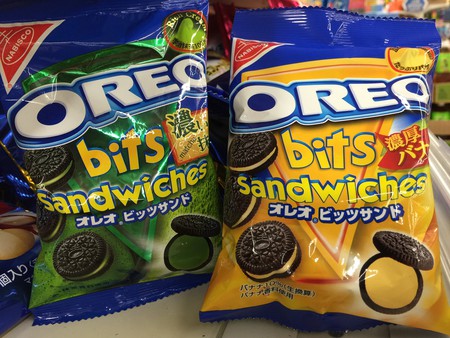 A seasonal treat only available in Japan, this pink cola takes its name from the iconic Japanese sakura (cherry blossoms), which bloom for about two weeks in the beginning of spring. This isn’t just regular Pepsi with pink food dye; a subtle hint of cherry has been added to the drink to give it a more floral, fruity taste and aroma in honor of Sakura season. Pepsi Sakura is can be found in convenience stores and grocery stores during the springtime only.