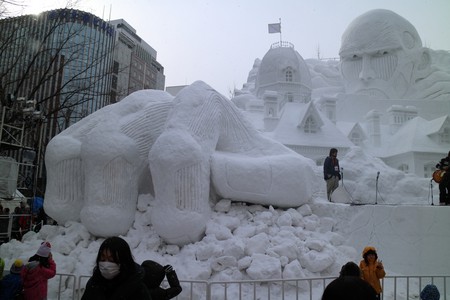 Started by a group of local high school students in 1950, the now legendary Sapporo Snow Festival draws in over two million tourists from around the world every February. The festival features skiing and snowboarding events, sporting competitions, ice sculptures, and even a beauty contest of which the winner is crowned the year’s “Ice Queen”. Here are 10 reasons why vistors to Japan in winter should go the festival.

Located in the center of Sapporo’s downtown and extending nearly 1.5 kilometers east to west, the beautiful Odori Park is turned into a glowing snow and ice display during the festival. Literally hundreds of sculptures created by local artists make this the event’s main attraction. 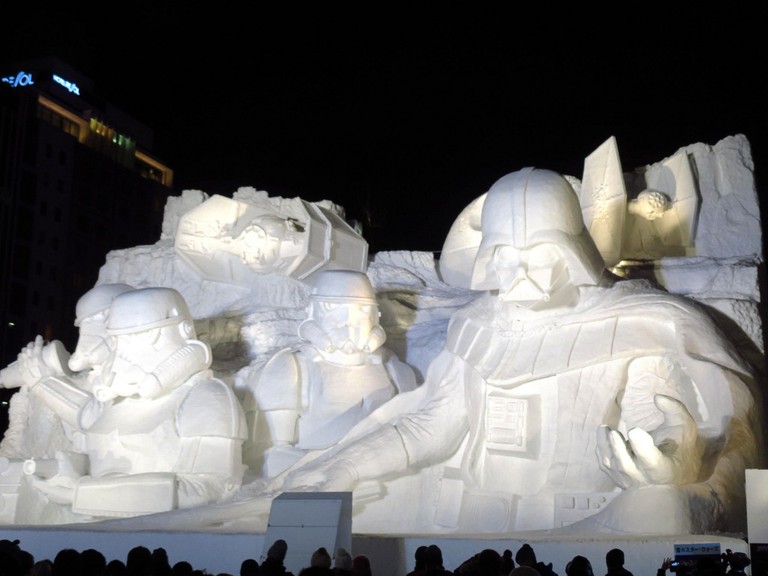 Of the festival’s three sites (the other two being Odori Park and the family friendly Tsudome), Susukino is ideal for adult visitors, couples, and party goers. Historically a red light district, the main street is transformed into an illuminated adult playground complete with ice sculptures, a beauty contest, and an ice bar.

An ideal option for families, the three snow slides (Tube, Ice, and Waku-Waku) at the Tsudome site provide good clean fun for guests of any age. The Ice Slide also features a “Family Lane” for parents and children to slide together.

Another all ages activity, this small rubber raft is pulled through the festival by a snowmobile. The fee is 600 yen (about $5) for adults and 400 yen for children under 12.

In addition to its massive snow and ice sculpture display, the Odori Park site also has stages set up for live musical performances featuring local artists from Sapporo as well as the US Navy, who come to the festival every year. 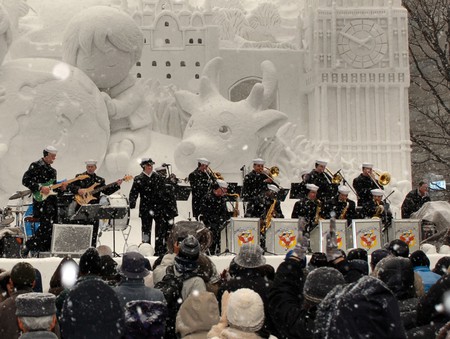 One of the festival’s most popular events, the “Susukino Queen of the Ice” is a female beauty contest held in Sapporo’s nightlife district. The contestants represent the thousands of women working in the entertainment industry of Susukino. Stick around long enough and you may have a chance to snap a few photos with some of the contestants.

View From the Sapporo TV Tower

An ideal spot for couples, a panoramic view of the Odori site can be seen from the top of the TV tower, which extends its visiting hours during the duration of the festival. There is an admission fee. 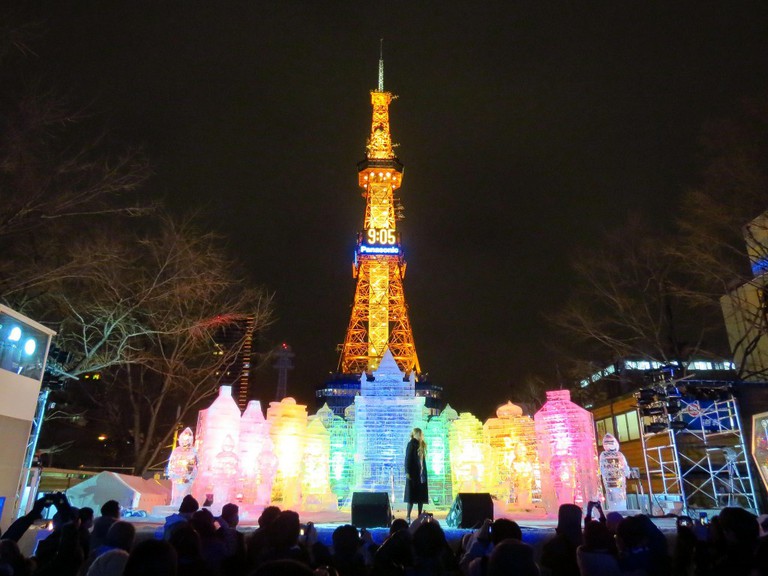 Located on Ekimae street (the main street running through downtown Sapporo), the Susukino Ice Bar is less than a five minute walk from Susukino station. The walk along Ekimae is best enjoyed in the evening when the city lights up.

The main street of Susukino is adorned with lights and ice sculptures for the duration of the festival, transforming the seedy nightlife area into a pleasantly lit evening stroll. The illuminations are turned on at sunset and off at 10 pm.

This year’s Snow Festival featured, among other celebrities and figures of varying notoriety, a rather ornery looking Donald Trump.