These Are The Best Japanese Streetwear Brands to Note

Looking for the latest street fashion? Japanese designers have dominated the streetwear scene since the 1990s, when it sprung up in Tokyo’s trendy Harajuku and Shibuya neighbourhoods. Explore our pick of the best

Inspired by western designs and a desire to rebel against traditional Japanese culture, the influence of its streetwear brands has spread worldwide. From one-of-a-kind patchwork creations to classic punk pieces, check out these must-have streetwear brands from Japan. 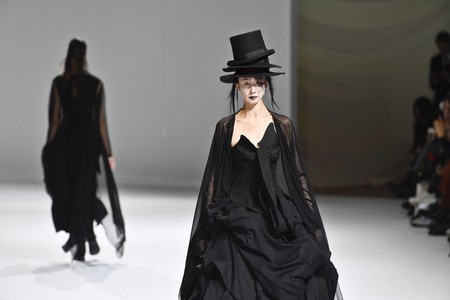 Yohiji Yamamoto’s namesake men’s clothing brand is stocked in department stores worldwide, alongside his Y’s streetwear collection. The award-winning designer is known for creating oversized, all-black clothing that ranges from drop-crotch trousers to caps, sunglasses and blazers. Expect a pop of Japanese flair in Yamamoto’s signature logos and graphic t-shirt prints. A prestigious Bunka Fashion College alumnus, Yamamoto has also collaborated with names like Adidas and Hermès, as well as designed for famous artists like Placebo and Elton John. 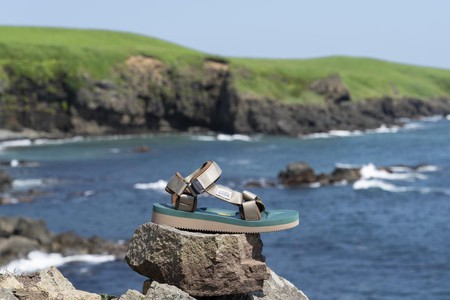 You might know Suicoke for its high-performance sandals, but the brand actually launched in 2006 selling wooden Matryoshka Dolls. It became a cult favourite after working with Italian firm Vibram to create an ultra-comfy foam base for their now-famous sandals. Suicoke is loved internationally for its lightweight, functional footwear with adjustable Velcro straps, which are available in a variety of designs for men and women. Suicoke has also worked on successful campaigns with designers such as Norse Projects and Cecilie Bahnsen.

From humble beginnings as an American Life shop in Harajuku, BEAMS now boasts over 160 stores and has four different lines. The label is the brainchild of Etsuzo Shitara and Osamu Shigematsu, whose designs are dedicated to Americana culture, specifically between the 1930s and 1970s. Picture Ivy League button-up shirts, preppy cardigans, corduroy trousers and caps. BEAMS has since collaborated with brands like Converse and expanded its range, with separate lines that reflect European streetwear trends and women’s clothing. 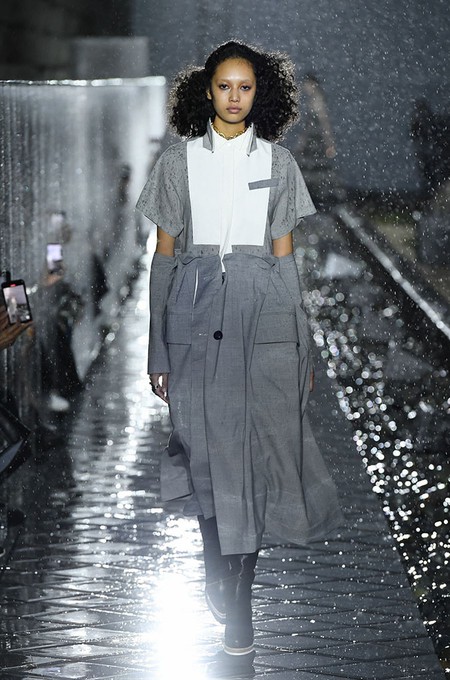 Billed as clothing for the 21st century woman, Sacai is all about breaking down the barriers between casual and formal wear. The brand has an androgynous style with asymmetric lines and layered fabrics, from T-shirt dresses to a tuxedo-cardigan and sweaters fused with shirts. Japanese designer Chitose Abe launched Sacai from home while on maternity leave in 1999. Today, Sacai has become so popular it’s worked with names like Vans and Moncler and is sold by more than 175 international retailers. 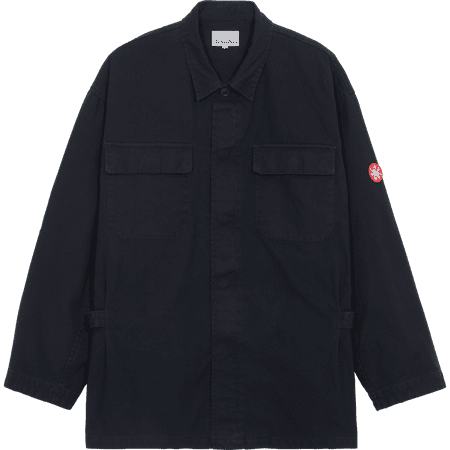 In the market for London-style streetwear with a dystopian, Japanese edge? Check out Cav Empt. The label was launched by a trio of designers, SK8THING, Toby Feltwell and Hishiyama Yutaka, who all previously worked on the A Bathing Ape (BAPE) brand. Its name stands for Caveat Emptor, a Latin phrase that loosely translates to Buyer Beware and is a reference from a Philip K. Dick sci-fi novel, Ubik. You can expect a futuristic feel to Cav Empt’s clothing, which features tracksuits and tees with out-there graphics and slogans. 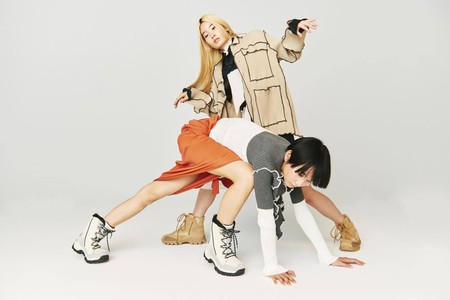 The self-professed concept behind Kotohayokozawa is: ‘It’s difficult to keep calm, so wear the feeling that overwhelms you’. Nagoya native Kotoha Yokozawa launched the brand in 2015 to explore the relationship between clothing and emotions, and claims to create her cut-and-paste designs for girls just like her. Refusing to follow trends, Yokozawa produces edgy collections that focus on cut-outs, as well as layered and deconstructed prints.

Hip hop fans will probably know all about BAPE. The men’s streetwear label has been worn by music legends like the Notorious B.I.G. and Kanye West. Founded in 1993 by cult stylist Nigo, the brand is famous for its Ape motif and loud logos. Many of his signature pieces were limited-edition, including the BAPESTA sneaker and camouflage print hoodies. Nigo left BAPE in 2011 and sold to the I.T Group, where it has become a more mainstream commercial name. 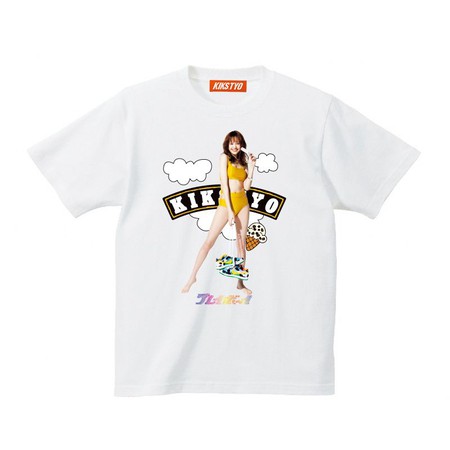 KIKS TYO is famed for its colourful sneaker line and iconic T-shirts that feature Japanese bikini models. DJ and designer Hobby:tech launched the brand in 2006 after splitting off from popular streetwear label the BROWNRATS. His primary goal was to focus on sneakers from his boutique Shibuya store, and he even created a Sneaker Lover photo book that starred Japanese actress and model Aki Hoshino. KIKS TYO footwear is now sold by speciality retailers across the world, alongside its clothing and accessories. 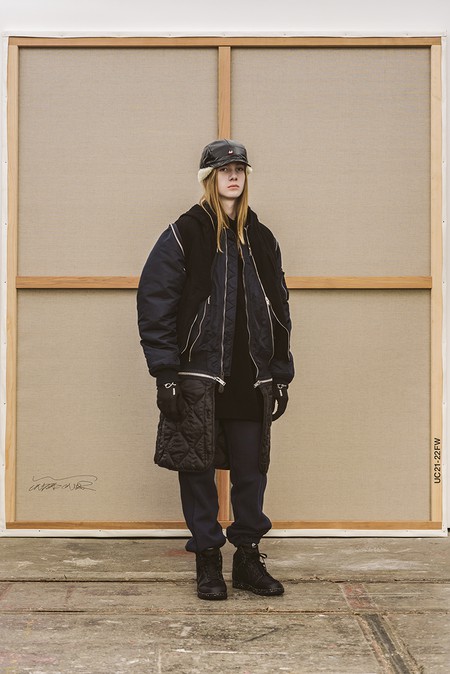 Jun Takahashi founded UNDERCOVER in 1990 and the label has since become a staple on the Japanese streetwear scene. Heavily influenced by punk rock – specifically the Sex Pistols – Takahashi’s staples include graphic T-shirts and bold iconography. It’s no surprise that its slogan reads: “We make noise, not clothes.” UNDERCOVER might be a mainstay on the streetwear scene, but the brand also turns up high-fashion collections on the Paris runway and has worked on collaborations with companies like Uniqlo and Nike.

If you’re looking for fresh, feminine streetwear, Mercury Duo has you covered. The brand specialises in light, airy designs for women and is often featured in Sweet, the nation’s most popular women’s fashion magazine. Shop for flowing dresses with Japanese floral prints, long pastel skirts, elegant blazers and light-knit jumpers. Mercury Duo describes its style as fresh elegance, with clothing that offers a blend of Japanese tradition versus pioneering fashion and city life contrasted with nature. 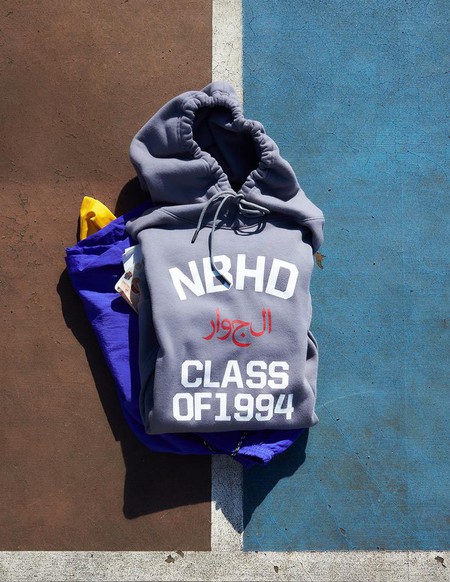 Designer Shinsuke Takizawa launched NEIGHBORHOOD in 1994 to indulge his passion for American motorcycle culture. The label focuses on high-end biker apparel that’s popular with the motorcycle community in Japan and loved around the world. Brand highlights include everything from leather jackets to street-style hoodies, flannels, high-top sneakers, jeans and printed bomber jackets. Today, NEIGHBORHOOD’s designs also draw on military, punk and Native American themes, and are famed for their quality, distressed selvedge denim.

DRWCYS is a streetwear brand aimed at women in their twenties and thirties. Its motto is “Trend. Casual. Bohemian”, offering pretty wardrobe staples such as office-casual trousers, flowery skirts and comfy sweaters. The label began in 2008 but didn’t open its first shop until 2010. DRWCYS regularly makes a splash with its cutting-edge runway showcases. One of its most successful was the 22nd Tokyo Girls Collection in 2016, which showcased pastel pantsuits and long dresses. 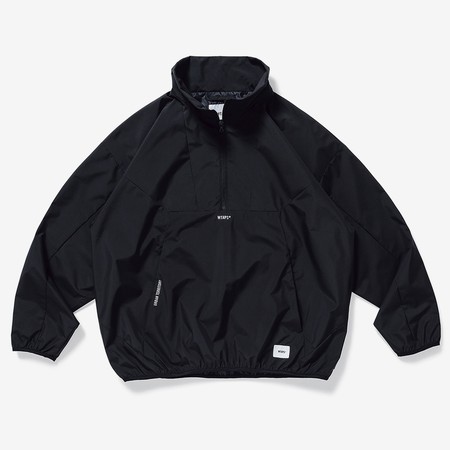 WTAPS, pronounced “double taps,” was founded in 1996 in Tokyo by Tetsu Nishiyama, also known as TET. The brand name comes from the military tradition of firing two shots in quick succession and its clothing follows suit. You can expect military-style streetwear and outdoorsy gear, from parkas and utility pouch vests to jungle cargo pants and M-65 jackets. It’s not unusual for WTAPS to sell out of its most popular pieces and attract long lines on release days.

One of the newest names in Japanese streetwear, Fumika Uchida originated from one of Tokyo’s top vintage clothing stores: J’Antiques. True to its roots, the label offers a mix of vintage style, but with a modern twist. Its clothing has a strong feminine feel, with a focus on soft and flowing materials that reimagine Japanese traditions like the kimono. Fumika Uchida strays away from current trends and was hailed as a breakout designer at the 2016 Tokyo Fashion Week. 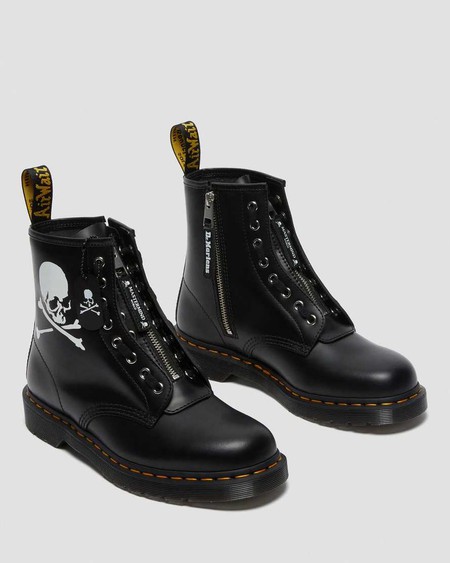 Mastermind JAPAN is recognised by its signature skull and crossbones motif, which features on layered tees and hoodies, usually splashed on classic black. Influenced by the goth and punk movements, designer Masaaki Homma launched Mastermind in 2017 and it quickly rose to fame. Its high-end price tags match the brand’s style, which sometimes incorporates Swarovski crystal detailing. Homma has continued to collaborate with companies such as Adidas and proudly claims that all of Mastermind clothing is made in Japan.