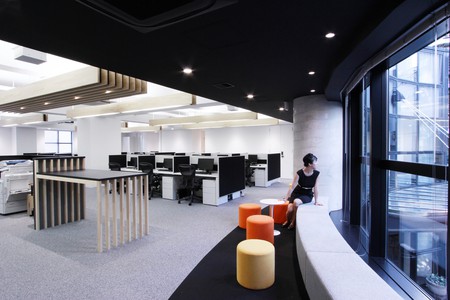 The Japanese marketplace has a reputation for being conservative, old-fashioned, and risk-averse, but startup culture has increasingly gained traction in recent years. While larger, more traditional companies in Japan are typically run by old men, the spirit of innovation is alive and well in many of the country’s young entrepreneurs. We take a look at some of the fastest-growing startups worth keeping an eye on.

This robotics startup has developed a lifestyle assistance robot comparable to Amazon’s Alexa and Microsoft’s Cortana. Named “Tapia”, the robot currently functions in Japanese only, but an English version is slated for release this summer according to the company’s website. Outside Japan, the company has additional development centers in South Korea, Hong Kong, and Taiwan.

Started in 2007, Spiber has gained attention recently for the development of a synthetic spider silk fiber called QMONOS. The super-strong material has been used in a special edition North Face parka and the company has plans to expand its use as an industrial material in the near future. To date, Spiber has received over $128 million in funding.

Currently available in the US, UK, and Japan, Mercari is a shopping app that makes it easy to buy and sell used items from a mobile device. Users simply snap a photo of the item with their smartphone camera, enter a few basic details about the listing, and upload it to Mercari’s online marketplace.

Designed with pet lovers in mind, this startup secured several partnerships both in Japan and internationally. Hachitama allows users to feed and check in on their pets remotely through a smart feeder equipped with a camera. The device is controlled by a Smartphone app.

Internationally recognized for its language processing products, this startup has developed an entity linking engine that can recognize keywords and important information in a block of text. Studio Ousia’s technology can be used to run automated help desks and help companies target customers.

SmartNews has developed a smartphone app to help users discover the latest news from around the world. The app displays stories from a variety of news sources without allowing too much customization. The aim is to give users the most accurate and unbiased information by pulling from a number of sources that are considered liberal, conservative, and otherwise.

Currently only available in Tokyo’s most fashionable neighborhoods (Shibuya, Omotesando, and Harajuku), this app lets users find a hair salon with an open appointment schedule. Users can even specify the type and style of haircut they want, allowing hairstylists to accept a haircut request that is fits best with their schedule and ability.

Launched in 2013, this online accounting software has received over $84 million in funding from 11 different investors. Freee syncs with a company’s bank accounts and automatically categorizes entries to generate financial reports.

Susmed has created an app called “Yawn”, designed to help its users cure their insomnia. The app collects user data, runs it through an algorithm, and then offers individual advice to help users recover from insomnia. Founded by a doctor and researcher at the Tokyo Metropolitan Institute of Medical Science, the company hopes for greater support from the medical community in the future.