Films About Japan That Will Help You Understand Japanese Culture 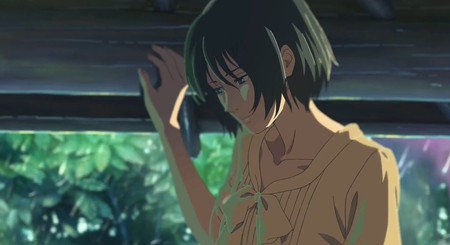 A still from director Makoto Shinkai's The Garden of Words, about a girl's chance encounter with an older woman in a Tokyo park. ©Toho Films

Here is Culture Trip’s pick of the movies about Japanese culture you should check out to understand the country a little better.

As a nation of contrasts, Japan is a place that can appear bizarre to outsiders. One of the best ways to understand any nation is to spend time absorbing its cultural output – and films are easily the best outlet for that, from post-war classics of world cinema to historical epics and contemporary tales from the Land Of The Rising Sun . 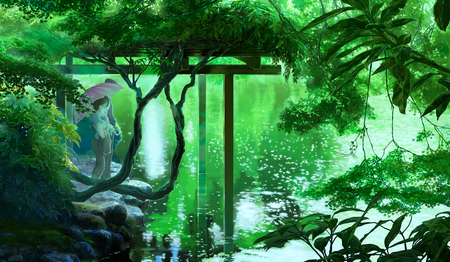 Anime is synonymous with Japan, but the medium is sometimes overshadowed by the more juvenile, fantastical or salacious offerings. Powerhouse studios like Studio Ghibli are a compelling alternative but their works have been covered extensively elsewhere. If you want something a little different then start with The Garden of Words (2013), a 50-minute romantic drama from director Makoto Shinkai. A high school student’s chance encounter with an older woman in a Tokyo park has life-changing implications for them both. Understated and reflective, the film showcases anime’s ability to tell mature, compelling stories. And the animation is simply gorgeous. 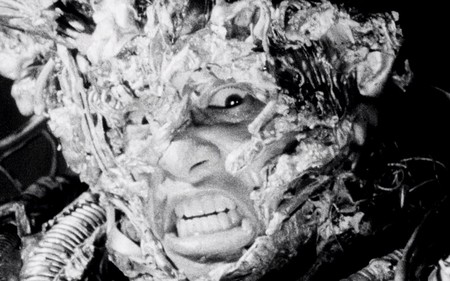 Japanese horror became a worldwide phenomenon in the late 1990s thanks to the success of The Ring, but the 1989-released Tetsuo: The Iron Man was one of the first genre pictures of its kind to get a following outside of Japan. A grotesque mix of arthouse, cyperpunk and Cronenberg-esque body horror, the film explores the ways in which sexuality and technology (two topics which dominate the cultural conversation in Japan) can merge. Plus, its protagonist, a humble salaryman who goes on to have what can only be described as a very bad day, is as Japanese as you can possibly get. As you may gather from the trailer, it is not for family viewing. 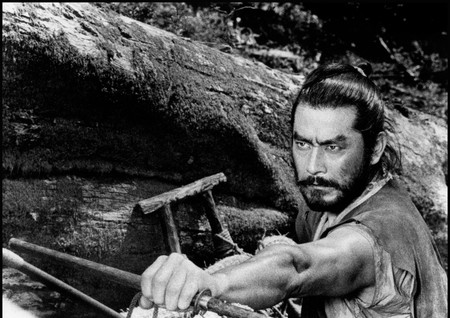 Choosing just one film by Akira Kurosawa, the grand master of Japanese film, is almost impossible. If a samurai sword were held to your throat and you were forced to choose, however, then The Hidden Fortress (1958) would be a sensible selection. A masterpiece which fueled the imaginations of some of the most important Western filmmakers of all time, this Japanese movie tells the story of an exiled princess who must overthrow a vengeful warlord in order to restore her kingdom, and what follows is an A++ combination of drama, action and Kurosawa’s exquisite cinematic chops. It also works as a great showcase for Toshiro Mifune, arguably the greatest celluloid icon that Japan ever produced, all in all making this one of the best Japanese movies of its time. 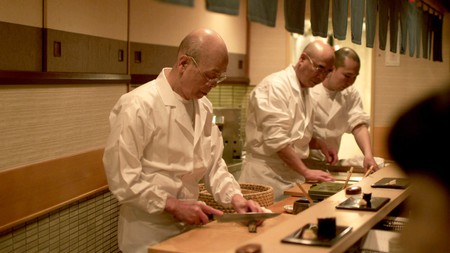 Food and hard work are two of the great Japanese obsessions, and David Gelb’s documentary Jiro Dreams of Sushi (2011) is a fascinating window into the mind of one man who excels at both. Jiro Ono, 85 at the time of filming, runs one of Tokyo’s revered sushi restaurants, a 10-seat venue in a subway station that offers a set menu for a minimum of around £250. Ono’s exhaustive, relentless pursuit of culinary perfection is at times perplexing (apprentices must spend 10 years exclusively preparing the rice before he lets them anywhere near a piece of fish), but the end result is a film every bit as delicious as his creations. 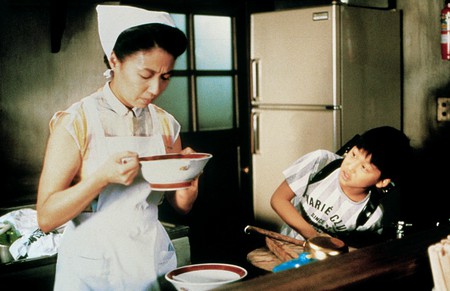 Another great film about food, but also one of the great Japanese comedies, about a pair of truck drivers who help a single mum become the greatest ramen chef in all of Tokyo. Director Juzo Itami died tragically in 1997 but his trademark sense of mischief is abundant in this wonderful exploration of the ways in which we connect cooking and eating to everyday life. Charming and sensual (some sex scenes mean that it’s an adults-only affair), Tampopo (1985) is a lasting testimony to Itami’s genius – and perhaps one of the funnier movies about Japanese culture you’re ever likely to see. 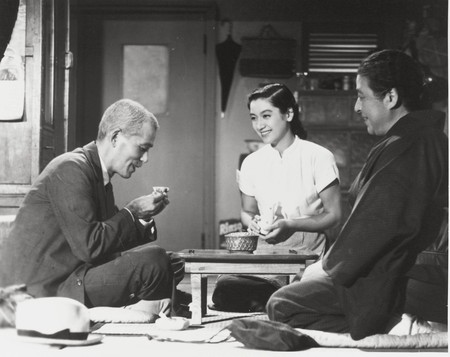 Japan enjoys a reputation as one of the most polite and civilised nations in the developed world. That facade, however, masks a country that is plagued by loneliness. This emotional schism is perfectly captured by director Yasujiro Ono in his acclaimed feature Tokyo Story (1953), which tells the tale of an elderly couple who pay a visit to their offspring in the city, only to get the emotional brush-off. Big smiles and deep bows hide resentment and heartbreak in this gentle but deeply affecting tale. It may not be the cheeriest Japanese movie you’ll ever see, but it’s essential if you want to see the work of a master craftsman who laid down a template that film-makers in Japan have been following ever since. 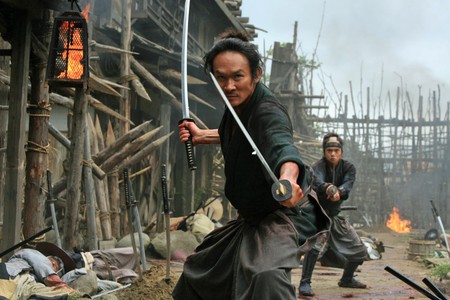 Much like Kurosawa, it’s a tough call trying to choose just one film by Takashi Miike. A maverick of visceral spectacle, he is at the heights of his power in 13 Assassins (2011), in which a clan of ronin undertake a covert operation to bring down a sadistic, war-mongering nobleman in feudal Japan. The first two acts of the movie are a sombre historical drama before Miike pulls out all the stops for a mind-blowing, all-hell-breaks loose climax in which hordes do battle and blood flows like sake. You will feel your pupils dilating at the set pieces that unfold. One of the all-time great Japanese action movies, and a jewel in Miike’s crown. Essential. 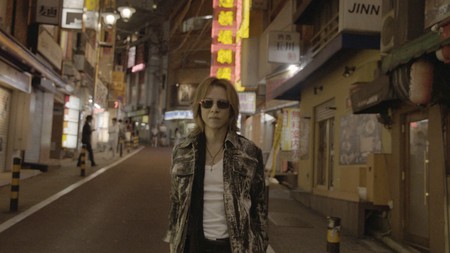 “Gaman” is the word given to a Zen-Buddhist term which deals with the concept of bearing the unbearable. Comparable to Greek Stoicism, it is recognised by the Japanese as a virtue to be cultivated and admired. If any contemporary Japanese entity exemplifies gaman, then it is X, the heavy metal band with a history that would equal any Greek tragedy. Both the band and its iconic leader Yoshiki are examined in detail in We Are X (2016), the award-winning documentary from director Stephen Kijak. All of the band’s fortunes and misfortunes are laid bare, from the suicide of two of its former members to Yoshiki’s ongoing health problems. What emerges is an uplifting tale which pays tribute not only to human perseverance, but also the redemptive power of art and humanity’s ability to nurture hope in the most hopeless of circumstances. 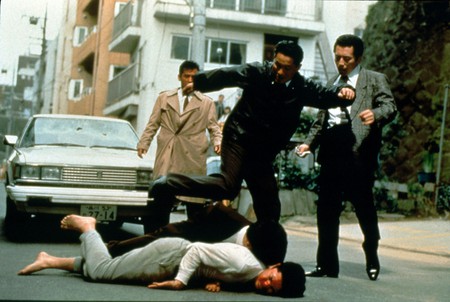 No list of films about Japan would be complete without Takeshi Kitano, aka Beat Takeshi. The filmmaker, comedian, author, media personality and all-round Japanese institution made his directorial debut with Violent Cop (1989). All of the major themes that dominate his work – brutality, masculinity, isolation – are covered in this tough-as-nails crime thriller, and it’s interesting to note here how Kitano’s signature minimalist style was solidified at the very start of his movie-making career. Heads are busted, superiors are scorned and a whole lot of cigarettes get smoked as Detective Azuma proceeds to inflict some serious hurt on the Japanese underworld. 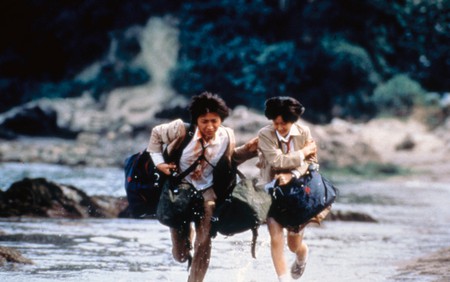 A game-changer for cinema in Japan, and the final work of acclaimed moviemaker Kinji Fukasaku, Battle Royale (2000) follows the plight of a bunch of junior high-schoolers forced to slaughter one another. Nearly 20 years after it shocked audiences around the world – and following the blockbuster success of a separate high-profile trilogy it undoubtedly influenced – the film has lost absolutely none of its power. The idea of a modern-day authoritarian government brutalising and manipulating its young people is something which no longer seems like dystopian fantasy.