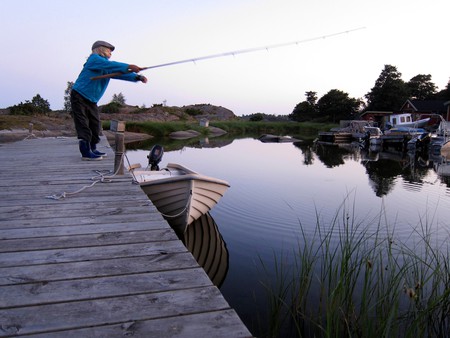 Japanese cuisine revolves heavily around the principle of seasonal eating, and sanma, known in English as Pacific saury or mackerel pike, is a central ingredient during the fall.

When the sultry days of summer turn cool and the leaves begin to change color, sanma is caught in northeastern Japan, fat and flavorful from feeding off the coast of Hokkaido all summer. The name sanma, which means ‘autumn sword fish’ in Japanese, refers both to the blade-like shape of the fish and to the peak season for eating it. Here are 10 ways to enjoy this autumn favorite in Japan.

Sanma no shioyaki, or salt-grilled sanma, is one of the most common ways to cook Pacific saury because the oily fish is well-suited to grilling. It’s seasoned with salt, placed on a rack, and then grilled whole under a broiler. Many Japanese kitchen stoves are equipped with a special ‘fish drawer’ that slides out from below the gas burners for just this purpose.

Salt-grilled sanma, garnished with grated daikon radish, soy sauce, and a fresh squeeze of sudachi citrus and served with a bowl of white rice and some miso soup, is a quintessential Japanese meal during the fall.

Sanma no sumibiyaki (charcoal-grilled sanma) is very similar to salt-grilled sanma, but rather than broiling in a fish drawer, the sanma is barbecued outside over hot coals, which results in a more even char and further intensifies the flavor of this fatty fish.

This is the style of sanma prepared every year at the Meguro Sanma Matsuri, an outdoor festival near Tokyo’s Meguro Station, where over 5,000 fresh sanma fish are grilled and given out for free to festival-goers.

Sanma no nitsuke is a home-cooked dish of sanma braised with ginger, soy sauce, sake, and sugar. The fish is simmered slowly, until it becomes so tender that even the bones can be eaten. Along with salt-grilled sanma, braised sanma is one of the most common ways of preparing sanma at home.

Sanma-furai (fried sanma) is a dish of butterflied sanma fillets that are breaded in panko breadcrumbs and deep fried. It can be eaten with Worcestershire sauce or freshly made tartar sauce and is usually served with raw shredded cabbage. Sanma-furai can be found at the deli counter of supermarkets or at katsu specialty restaurants during the fall.

For sushi, sanma is classed as a kind of hikarimono, or silver-skinned fish, along with mackerel and sardine but with a smoother, less “fishy” flavor than mackerel. It can be served raw or marinated in vinegar and topped with grated ginger and sliced green onion. For sashimi, sanma must be very fresh and can be enjoyed with ginger or wasabi and dipped in dashi-flavored soy sauce which has a milder, less salty flavor than regular soy sauce.

Namerou is a dish of minced fish that fishermen would traditionally make on their boats with the catch of the day. The sanma is roughly chopped and mixed with condiments like myoga ginger, green onion, and shiso (perilla) herb, as well as seasonings like vinegar, soy sauce, or miso paste. When served tartare-style like this, the freshness of the fish just caught from the sea—along with the added condiments and seasonings—prevents the flavor of sanma no namerou from becoming too strong or “fishy.”

Ochazuke is a Japanese comfort food featuring a bowl of steamed rice and toppings with green tea or dashi broth poured over. During the autumn season, ochazuke can be enjoyed topped with grilled or smoked sanma or sanma tartare along with some Japanese-style pickles, crunchy tenkasu (tempura crumbs), and dried shredded nori seaweed for additional texture. The green tea soaks into the rice and other ingredients for a wholesome and filling meal.

Kabayaki is a sweet soy sauce glaze used with fish and eel, most famously for unagi (freshwater eel) which is served over rice in a donburi bowl to make a dish called “una-don.” Sanma kabayaki-don is a great alternative to unagi, however, because sanma is not only a highly sustainable seafood but also extremely affordable, especially when compared to the pricier unagi.

In addition to serving raw or cooked sanma on top of rice, sanma can be cooked together with rice to make a dish called “sanma-meshi” or “sanma no takikomi gohan.” Uncooked rice is mixed with soy sauce, sake, and dashi broth in a rice cooker or clay pot with a lid, then topped with shredded ginger and grilled sanma. Everything is steamed for a highly aromatic one-pot dish that’s easy to make at home.