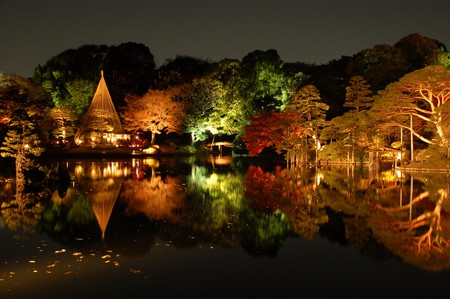 In Japan, the colourful Autumn leaves known as koyo arrive around mid-November to early December. Luckily for those in Tokyo, the city is filled with parks and gardens perfect for admiring the change in season. Here are our top 10 recommendations for viewing the autumn leaves in and around the city of Tokyo.

Just steps from Harajuku Station in central Tokyo, Yoyogi Park is an obvious choice. It is one of the largest parks in the city and shares space with Meiji Shrine. With over one hundred acres of trees, trails, water features and flowers, Yoyogi is the perfect place to spend an afternoon admiring the koyo. Don’t forget to check out Gingko Avenue, a street in Meiji Jinju Gaien lined with gingko trees which turn a uniform gold in the fall. 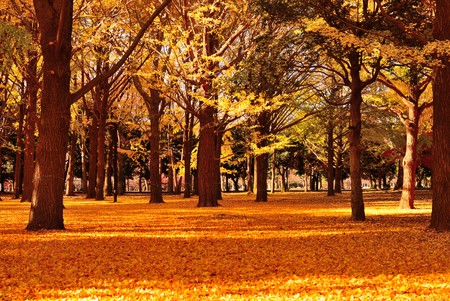 Established nearly 150 years ago, Ueno was one of Japan’s first public parks. It’s the site of numerous city museums, and Tokugawa Ieyasu is enshrined at Ueno Tōshō-gū, a Shinto shrine on the premises. The park is also home to over 8,800 trees, making it an ideal location to admire the sakura in Apring and the koyo in Fall. So it may not come as a surprise that Ueno Park attracts more visitors than any of Tokyo’s other parks. 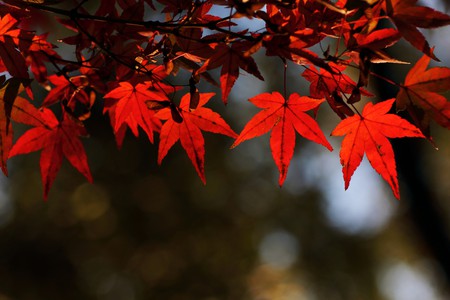 Already a popular destination among Tokyo’s youth, Inokashira Park in Kichijoji is another option. Although it’s smaller than some of the other parks, the lakeside setting and soothing Benzaiten Shrine lend it a special atmosphere. Renting a boat and paddling around the lake is a great way to take in the Autumn scenery. 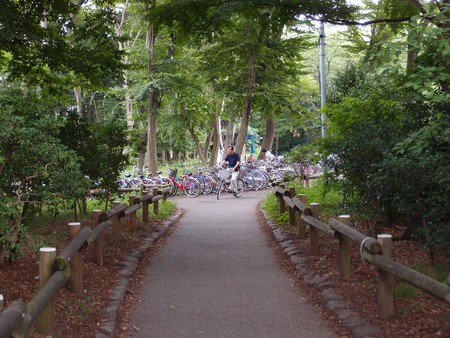 The construction of Koishikawa began in 1629, making it one of the oldest parks in Tokyo. The garden’s design is heavily influenced by classical Chinese aesthetics and the West Lake in Hangzhou, China. In fact, Tokugawa Mitsukuni, who completed construction, named the garden ‘Kōraku-en’, after the ancient Chinese proverb, ‘a governor should worry before people, and enjoy after people’. Kōraku means enjoying afterwards. 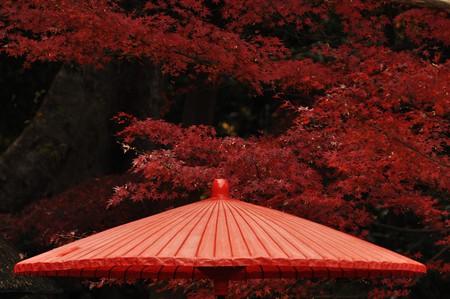 The Meguro River is a popular spot to view the cherry blossoms in spring but it’s an equally ideal setting for Autumn leaves in fall. Find a cafe on the water in the trendy Nakameguro (Nakame) neighborhood and enjoy a hot drink while you take in the colors. 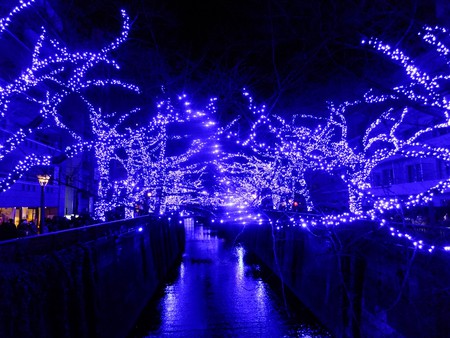 The Meguro River at night | © 掬茶/WikiCommons

Rikugi-en is an Edo-style garden, restored to its former glory in 1878. For the Spring blossoms and Autumn foliage, the garden is lit up with illumination displays. There is, however, a small entrance fee of 300 yen. Opening and closing times are 9 AM to 5 PM and 9 PM during special occasion illuminations, such as for the koyo.

The Hamarikyu Gardens are located in Chuo, Tokyo. The gardens are beautifully landscaped and their clusters of plum trees, peonies and cosmos flowers ensure there is a natural display of colour for every season. There’s a teahouse located in the park that serves traditional Japanese tea and sweets. They also host an annual tea ceremony each fall, the Tokyo Grand Tea Ceremony. This year it will be on Saturday October 15th and Sunday October 16th from 9 AM to 5 PM daily. It costs 300 yen to book your seat for the ceremony. 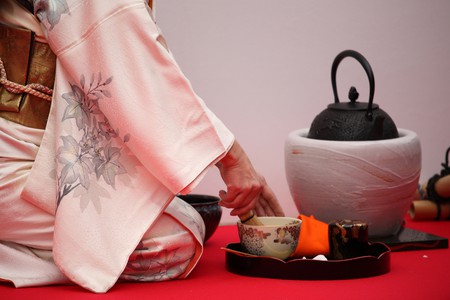 Also known as the Showa Commemorative National Government Park, this expansive public green space is another one that charges an entrance fee of 410 yen to help support its seasonal activities, such as the light shows. There is a small museum on-site dedicated to the Showa Era emperor. The 11-kilometer trail is perfect for cycling and bicycles can be rented at the park. 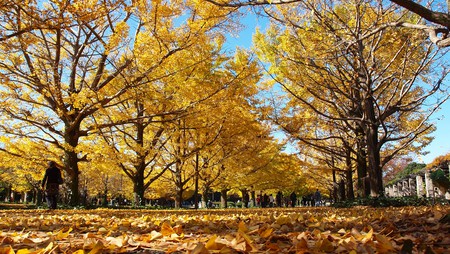 Koyo at its finest in Showa Memorial Park | © coniferconifer/WikiCommons

Your best bet for viewing early autumn leaves in Tokyo is actually to venture a little further afield, to Mount Mitake. Fall comes to this region in early November, a couple of weeks before the rest of Tokyo. The area is already popular as a hiking destination and is part of Chichibu Tama Kai National Park to the West of Tokyo. In addition to Autumn leaves, visitors can check out the Musashi-Mitake Shrine, Nanayo Falls, or just grab a bite to eat in the village. Mitakesan is around two hours from downtown Tokyo on the JR Ome Line, making this an ideal place to spend a crisp November afternoon. 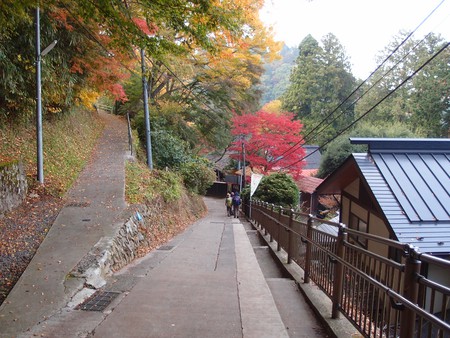 Mount Takao is accessible on the JR East Chuo Line to Takao Station, or Takaosan-guchi Station on the Keio Takao Line. The mountain is popular for its hiking trails. It’s also home to numerous, natural scenic spots as well as Yakuōin Yūkiji, a Buddhist Temple. Sometimes getting away from the city is the best way to fully appreciate nature and the change in seasons. 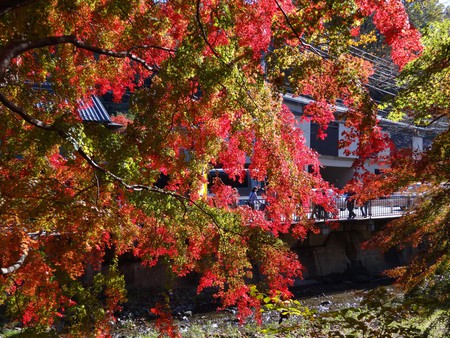 Koyo on Mount Takao | © Dick Thomas Johnson/Flickr
Give us feedback