10 Best Anime Spots in Tokyo: From Everyone’s Must-Sees to the Less Well-Known 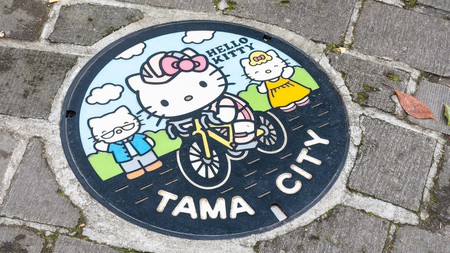 Tama City is home to Hello Kitty, and several manhole covers have been painted in her honour | © 2022 SANRIO CO., LTD. APPROVAL NO. L628746
Paid Partnership With

Museums, multistorey shopping malls and even manhole covers displaying some of your favorite characters, Tokyo is a city that lives off — and for — anime.

If your next trip to Tokyo involves checking the latest and best in anime, stop by at the following places across four of the capital’s leading sub-culture neighbourhoods, where you’ll find some familiar faces, some lesser-known ones – and many new reasons to love the city even more.

Nerima, a residential neighbourhood in eastern Tokyo, has a big claim to fame: it’s where Japan’s anime production was born. In 1958, Toei Animation made Japan’s first full-colour animated feature film, The Tale of the White Serpent, in a studio near Oizumi-gakuen station in Nerima. Anime production has flourished here ever since and, indeed, this is where Japan’s first TV anime series, the hit Astro Boy, was also made by Mushi Production. Today, fans flock to Nerima to snap photos of their favorite characters chilling on the streets, in museums — or right under your feet. Here’s where to go first. 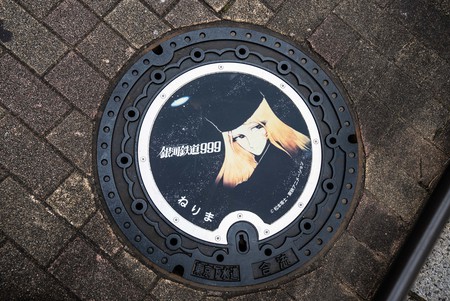 The artwork of Maetel, from the ‘Galaxy Express 999’ series, can be found on a manhole cover near Oizumi-gakuen station | © Leiji Matsumoto/Leijisha, Toei Animation

The mysterious Maetel, from Leiji Matsumoto’s Galaxy Express 999 manga and its anime series, looks up to people passing by in the form of an artwork installed near Oizumi-gakuen station in 2021. Unusually, it’s on a manhole cover, part of the Design Manhole Cover Installation Support Project by the Tokyo Metropolitan Government, which encourages the display of manholes with features or characters associated with their respective neighbourhoods. The Oizumi-gakuen area is closely linked to the Galaxy Express 999 series as the artist lives here. Because of Matsumoto’s ties to Nerima, the characters feature prominently in various locations, including at and near Oizumi-gakuen station where you can see life-size statues and hear excerpts of the theme song from the 1979 theatrical anime film as the trains depart.

Where: Near the Oizumi Myoen-ji Mae intersection by Oizumi-gakuen station North Gate 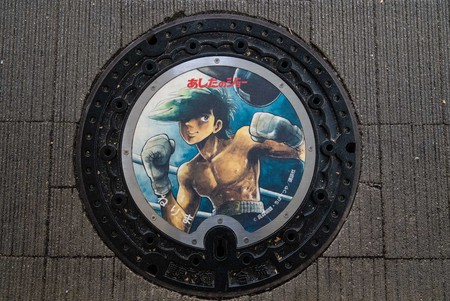 See the famous ‘Ashita no Joe’, along with other anime characters, near Oizumi-gakuen station in Tokyo | © Asao Takamori, Tetsuya Chiba / Kodansha

Also in Nerima is the manhole of one of Japan’s best-known boxer characters, Joe Yabuki of Ashita no Joe, a famous boxing manga (there are anime and film adaptations, too) created by Asao Takamori (aka Ikki Kajiwara) and illustrated by Tetsuya Chiba. Both Takamori and Chiba lived and worked in Nerima for many years, and because of their relationship with the area, the main character of the series, Joe Yabuki, is now practically a local — you can find him at the character-lined Oizumi Anime Gate in his typical boxing pose. 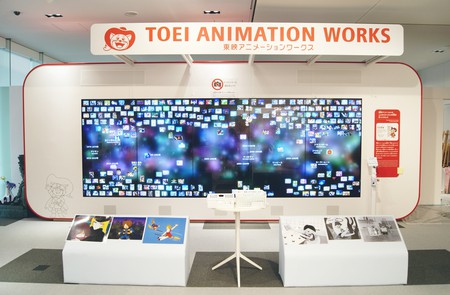 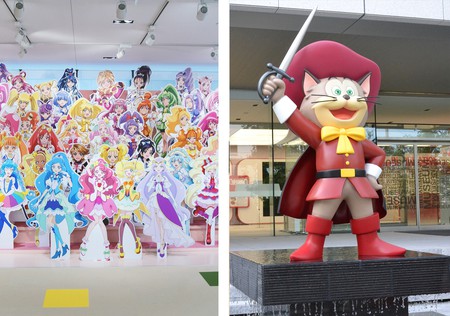 If you’re a fan of Toei Animation and have at least half a day free, the Toei Animation Museum is the place to come for anime memorabilia. It opened in 2018 in the Toei Oizumi Animation Studio, the place that gave birth to many of Japan’s best-known anime masterpieces (think Galaxy Express 999, Dragon Ball, Sailor Moon, One Piece and more). As you approach the museum, you’ll see a fountain featuring Pero of The Wonderful World of Puss ’n Boots, the mascot of Toei Animation who’s here to greet you. At the museum entrance, a giant digital panel lets you search for animation works, learn more about them and even watch videos. Also on display are numerous materials used in Toei’s animations, including storyboards and celluloid. Two popular spots worth visiting are the giant photo panels – perfect for a selfie with the PreCure legends – and a large blackboard where you can draw as your heart desires.

Tama, in west Tokyo, is home to all things cute as it’s where you can meet and interact with Hello Kitty and her entourage. 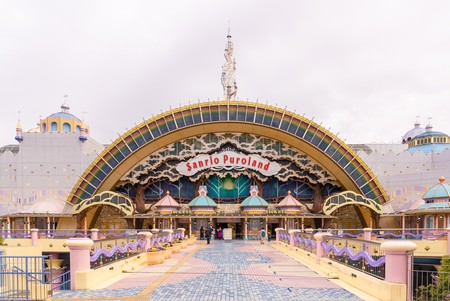 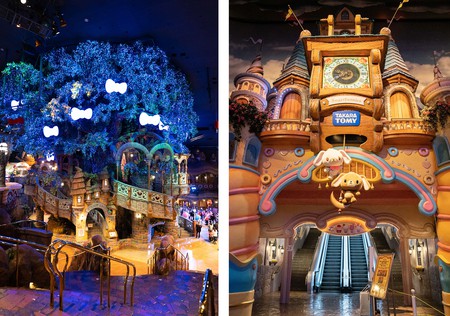 Opened in 1990 and one of Tokyo’s most popular theme parks, Sanrio Puroland is where you can meet Hello Kitty and many of her Sanrio character friends, who share a common theme: bright, vivid colours and tons of cuteness. The park keeps its millions of annual visitors entertained with events, shows, attractions and loads of merchandise. As a true place of happiness, some areas inside the park are also used for weddings and receptions. 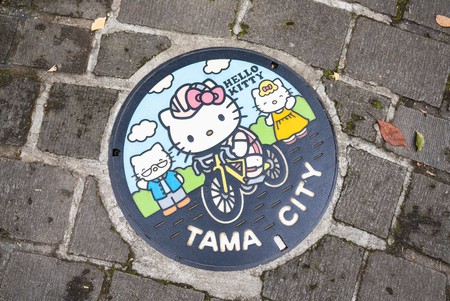 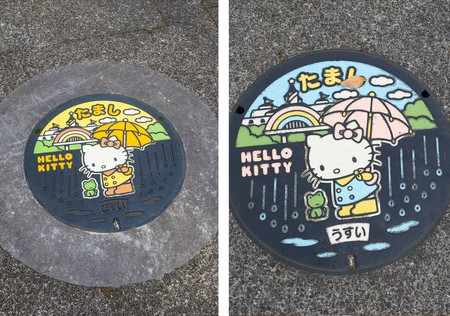 Now you’ve seen Hello Kitty’s house, you can see her on several manhole covers, too. Tama has three Hello Kitty manhole covers, all located near Tama Center, the nearest station to Sanrio Puroland. As you may have guessed, Hello Kitty is an official goodwill ambassador for the station, which is also why you get to see a lot of her in the area. On one of the manholes, Hello Kitty is riding a bicycle — a reference to the famous Minamitamaone-kansen Avenue cycling course that runs by Tama Center station. In the other two she’s holding an umbrella on a rainy day in different outfits.

Where: Inside Tama Central Park and near Tama Center station 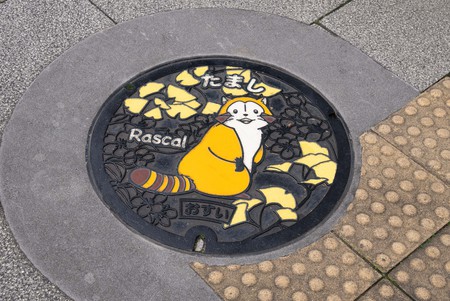 See if you can also spot the five Rascal manhole covers that are also located in Tama, near Seiseki Sakuragaoka station | ©︎ NIPPON ANIMATION CO.,LTD.

‘Rascal the Racoon’ is another popular cartoon created by Nippon Animation, whose head studio is also in Tama City. Thanks to this connection, Rascal plays an essential role in popularizing the area. Visitors can see five Rascal manhole covers, two decorated with ginkgo leaves representing autumn, two covered in cherry blossoms, and one showing Rascal in the city. All five are located near Seiseki Sakuragaoka station, a famous spot to view the cherry blossoms and autumn leaves.

Nakano near Nerima is the place to come if you’re a serious anime shopper or want to gain a deeper understanding of the roots of Japanese anime. 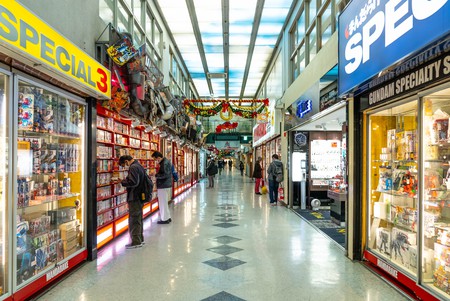 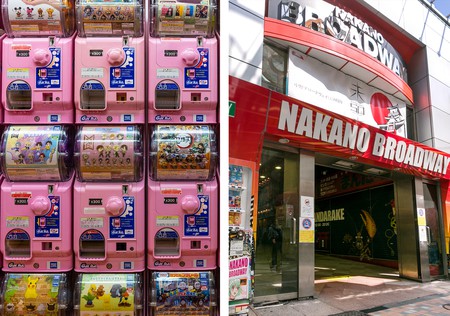 Get ready to fill up your bags! As the epicentre of Japanese subculture, this massive five-storey shopping complex specialises in manga, anime, magazines and figurines, mostly tailored to hobbyists and collectors. Mandarake, specialising in manga comics, is especially popular. Nakano Broadway is also home to Tonari no Zingaro, the only official souvenir store selling merchandise, apparel, prints and posters of Takashi Murakami and other Kaikai Kiki artists. 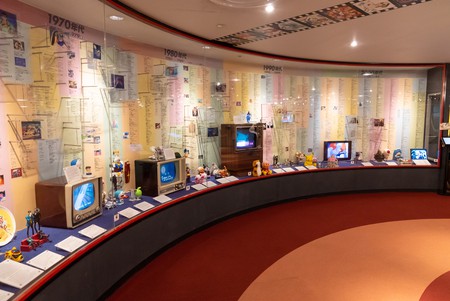 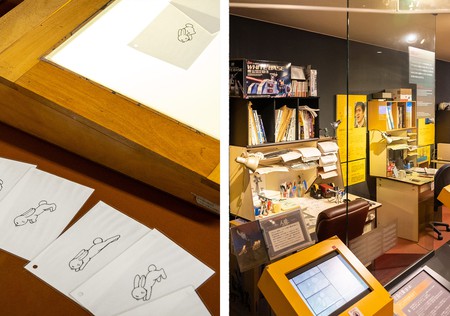 Perfect for those who want to understand the roots of anime and manga in Japan, the Suginami Animation Museum is free to visitors, with tons of information on the history of anime. With re-creations of the work desks of famous animators, a massive library of DVDs, comics to browse through and hands-on displays of early pre-animation devices, it is a gem for otaku and history buffs. Various workshops, including how to make your own parapara manga, are also available.

Toshima, or more specifically, Ikebukuro, its liveliest neighborhood, is Japan’s newest home of anime and otaku. It’s a great place to come to celebrate pop culture through events and cosplay parades, which are on the rise, but it also has a surprising historical element. Here’s where to go to find out more. 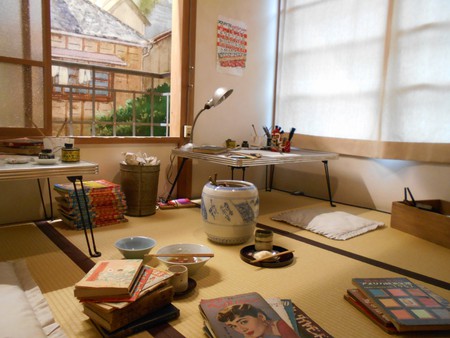 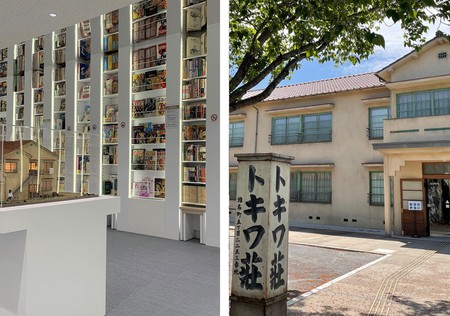 If you’ve ever wondered how legendary manga artists such as Osamu Tezuka (Astro Boy, Black Jack, Buddha) and Fujiko F Fujio (Doraemon, Kiteretsu Daihyakka) lived before they were famous, you can now visit the Tokiwaso Manga Museum to find out. From 1952 to 1963, Tokiwaso was an apartment building where a number of now-famous manga artists used to live. The museum offers a glimpse at some of the artists’ former rooms and provides a deeper understanding of Japan’s manga culture through various manga and exhibitions, workshops and events. 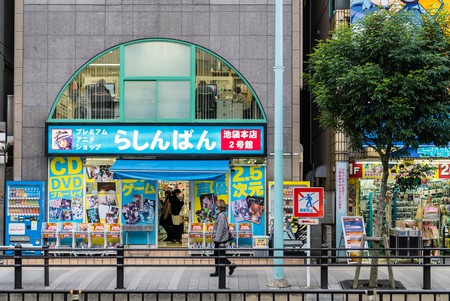 Otome Road in Ikebukuro is an area in Tokyo that focuses heavily on anime and manga for women, although everyone and anyone is welcome | © Shiitake Creative

Anime and manga have a vast female audience, and if there’s a place that perfectly caters to them, it’s Otome Road in Ikebukuro. Female fans (and, of course, others, too) of comics and all things related can enjoy a wide variety of manga and anime goods and stores. For the newest merchandise, stop by at Animate Ikebukuro, a nine-storey shopping complex on the way to Otome Road, or Lashinbang, a popular CD, DVD and anime goods store.

Find your one and only

Whether it’s your first or your 10th visit to Tokyo, you will always discover something new through anime and its characters. Inside a palace of vivid dreams, or on a colourful manhole cover under your feet – your special anime spot is waiting for you next time you visit the Japanese capital. Go to tokyotokyo.jp to start planning your trip.