Why Mount Agung is the Most Sacred Mountain in Bali 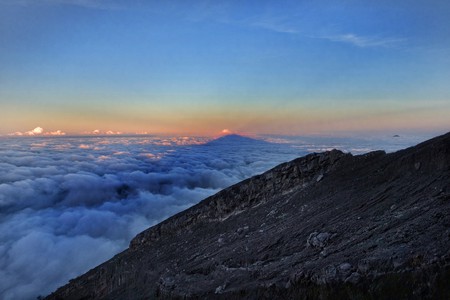 When a massive mountain in the popular island getaway of Bali shows threatening volcanic activity, the whole world notices. But more than an active volcano that may wipe out a great deal of the island, Mount Agung is also the culture’s most sacred mountain.

Judging by the increasing unrest since August, scientists are convinced that the eruption of Mount Agung is imminent. The government has raised the alert to the highest possible level, travel warnings have been issued, and thousands are being evacuated. At least 50,000 people residing within 12 kilometers from the mountain have been evacuated and airports are devising re-route plans.

Mount Agung is one of the clusters of four that divides the island into northern and southern parts. All four mountains are considered sacred, with Mount Agung holding the highest peak and degree of sacredness.

As Hindus, Balinese respect mountains as the dwelling of the gods. Mount Agung is believed to be home to Mahadewa, the supreme manifestation of Lord Shiva, considered by many as the most superior of all gods. 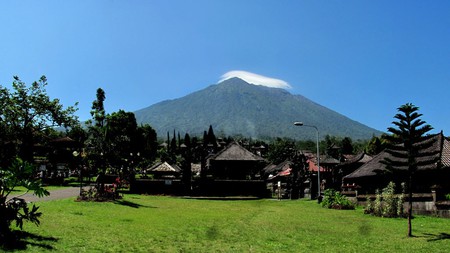 Legends circulate among locals on how the majestic mountain came to be. Some people believe that the mountain was first a part of Mount Meru brought to Bali by the first Hindus. Mount Meru is a sacred cosmological mountain that bears heaven on its summit, considered to be the center of all universes; physical, metaphysical, and spiritual.

Another legend tells stories of how one day the gods looked down to Bali and realized that the island was floating about the ocean, causing it to tumble and shake, resulting in a very volatile natural atmosphere. Thus, the gods put the mountain as a stake to stabilize the island’s position. In a way, the volcano does govern the surrounding area, especially the climate and rainfall patterns. 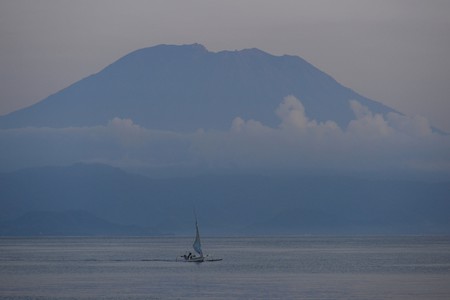 Mount Agung’s first recorded eruption was described in a traditional chronicle text, claiming that an eruption happened in 89 A.D and numerous times after that. Scientific records note that eruptions happened three times in the 1800s and four times in the 1900s, including the last and by far biggest known eruption in 1963.

The 1963 eruption took place three days before the festive Galungan ceremony, spewing lava and hot ashes that killed almost 2,000 people and wiped out the homes and livelihood of thousands more.

Mount Agung as a Tourist Attraction

In normal circumstances, when the mountain is less active, it’s possible to hike up to the summit, towering at 3,031-meters high. Even then, hiring a local guide is highly recommended, almost required. Before beginning the journey, guides and locals will pray in one of the mountain shrines to ask for safety and guidance. Local guides will also escort tourists to the right path, as some areas are restricted for spiritual purposes. 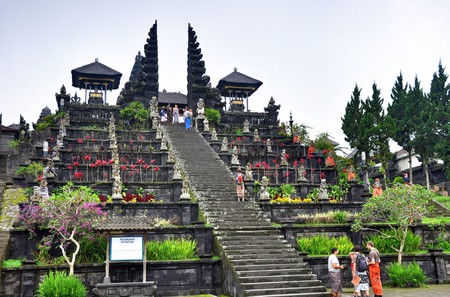 High on the slopes almost near the summit lies Besakih Temple, the biggest and the most sacred Hindu temple in Bali. The temple is an attraction in itself, a massive compound comprises 18 temples with vibrant religious activities.

Decades ago, no one dared to hike Mount Agung without a priest present. Everyone should bring offerings, and bring only the bare necessities, as worldly objects like money, accessories, even expensive clothes are considered to be offensive to the gods.