Why Are Indonesians Getting Divorced Over Pigeon Racing? 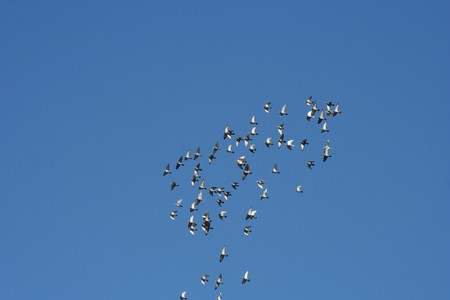 In Purbalingga, a town in Central Java, Indonesia, an increasing number of divorce petitions are being filed by wives to their husbands. Reports are linking this social phenomenon with an obsession with pigeon racing in the area.

The local court disclosed that in July alone, the number of divorce papers filed increased significantly from 13 cases to as many as 90. When investigated, financial distress seems to be at the heart of most of the divorce petitions.

Court clerk Nur Aflah revealed that most of the divorce petitions are filed by wives who are frustrated by their husbands’ addiction to pigeon racing, which is causing them emotional distress and financial worries.

From the economic perspective, pigeon racing is a problem, as it can be seen as a form of gambling. Participants pool their money together as a bet and the winner takes home the cash. The pigeons also need to be cared for properly to make sure they can race in a prime condition. 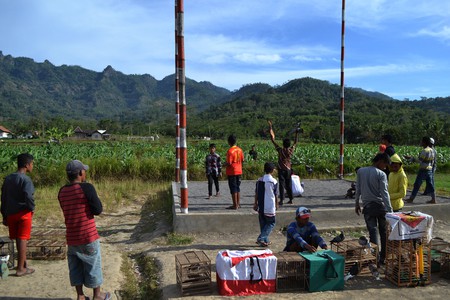 The financial issue is amplified by the fact that in many Purbalingga households, the wives are the ones who work in local factories, while many husbands are preoccupied with other things – such as pigeon racing. Many wives have complained that their husbands ask them for money to fund their pigeon-racing addiction, instead of providing for the family.

According to Indonesian Marriage Law, gambling is a valid reason to file for divorce, along with drug or alcohol addiction, adultery and violence.

Some wives are more bitter about the emotional neglect caused by the husbands’ infatuation with the pigeons. They complain about how their husbands spend all day training, grooming, feeding, and taking care of the birds. Some admit that they feel “jealous” of the attention given to the birds, and the amount of time spent with the pigeons, rather than at home with the family.

Pigeon racing is a popular activity in many parts of rural Indonesia, where locals form communities and organise regular races. The bird itself is one of the most popular animal to keep as pets, whether for its beauty, voice, or flying speed. It’s easy and relatively cheaper to get one at a traditional bird market and it’s not hard to find someone around with the same hobby. As with the case of cockfighting, the birds are considered the pride and joy of the owner, forming a strong attachment between the man and his racer pigeon. Ladies, you may be better off without those pigeon-fanciers!