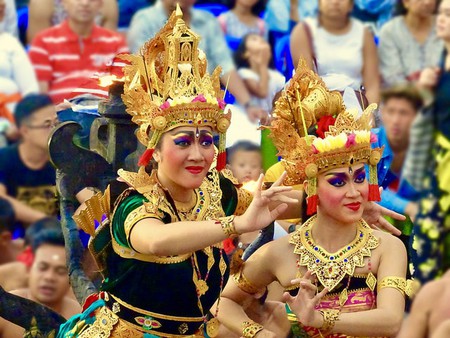 In the diverse metropolitan that makes up Indonesia, the culture of gender expression is no different. Indonesia is the largest Muslim country in the world, and is home to the waria women: a community of transgender women who are rich with their own history and traditions.

Though incomparable to the cultural surrounding of transgender women in the Western Hemisphere, Indonesian warias are a very particular community. The more commonplace descriptions of warias are often deemed as “a woman’s soul in a man’s body,” a concept where aspects of both genders co-exist. The term itself is a portmanteau that combines the Indonesian words for a woman (wanita) and a man (pria). 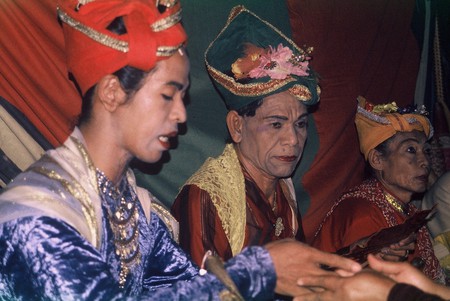 While some warias do undergo full sexual reassignment surgery in transitioning from male to female, others retain their male bodies and express or identify as female. Inhabiting a fluidity between gender, body, and personal identity is a significant part of the waria culture. Despite their own pride in non-confirming gender roles and their long existence within the Indonesian culture, warias are often misunderstood by the masses.

Indonesia has a long and complicated history when it comes to tolerance and acceptance of warias. Spanish ethnologist Miguel Covarrubias expressed surprise upon discovering Bali’s transgender community back in 1937, before the term was even coined. Further stories of warias date even further back in Indonesian history. The Bugis in Sulawesi, for example, have always believed that there exist five genders: cis men and women, trans men and women, and genderqueer or non-binary. Each are believed to be an integral part of a harmonious community and are often sought-after local leaders working as priests, shamans, and mediums. In contemporary Indonesian society, it would also not be much of a surprise to find warias working in your everyday salon or even singing at a wedding. 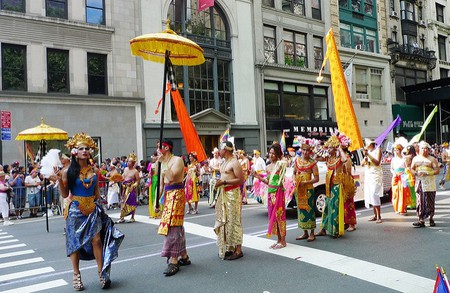 Despite some apparent acceptance, warias continue to fight against violence and discrimination toward their community. While warias are visible daily on national television and on the streets of many cities, most have to live hidden and dangerous lives in the back alleys of villages and cities nationwide. Their lives are often defined by a lottery of location, where they can live either in celebration or condemnation.

Local reports show that attacks on waria individuals and community gatherings continue to rise. Though their societal influence runs deep, warias are still deemed shameful to families in Indonesia’s less tolerant communities. This shame comes to a head when warias are exiled by their families, committed as outcasts, and frequently forced into prostitution. For every waria that experiences acceptance, there are more that are destitute. Stories of being stripped, having their heads shaved, and being chased and beaten are more commonplace than those celebrating their cultural influence. 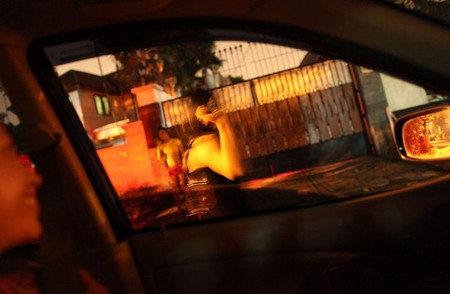 Despite the increasing acts of discrimination, warias are not invisible members of society by any means. Prominent waria icons like Dorce Gamalama are seen hosting talk shows and acting and singing on television, while individuals like Mama Yuli, who became the first waria to gain a master’s degree in law, has been at the forefront of nationwide lobbying for equality. Most modern cities such as Jakarta, Denpasar, and Yogyakarta have bars and cabarets that are packed every night with crowds awaiting to see their favourite warias perform. An old age home and even a mosque for warias have been constructed, fighting off scrutiny and backlash in an effort to provide community-wide support.

As widespread tolerance of warias increases, acceptance is only impending.