Traditional Rituals in Bali You Should Know About 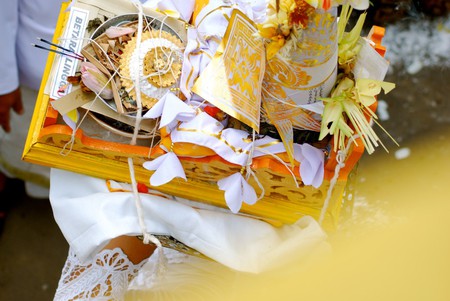 The paradise island of Bali offers endless activities and adventures for every tourist. However, it’s in the traditional rituals that the true essence of Bali’s rich culture lies. Discover the traditional Balinese rituals you should know about.

The majority of Balinese people are Hindus. They believe that the deceased should be cleansed by fire before being sent to the other side. This belief translates into a ceremony called ngaben, the cremation of the deceased during a special ritual on specific dates chosen by the elders. For the Balinese, this ceremony is considered a joyous occasion as families let their loved ones go to nirvana. Families aren’t even advised to cry at all. 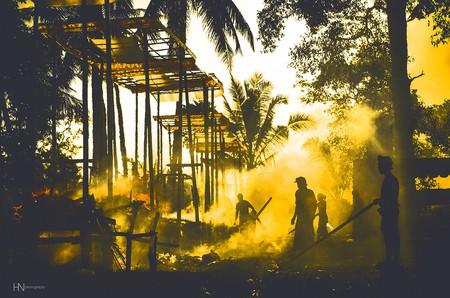 Kuningan, or Balinese new year, calls for one of the most festive celebrations on the island. Different localities observe this holiday differently. The people of Bongan village in Tabanan celebrate by making it rain money. The Balinese believe that ten days before the new year, their deceased ancestors visit the earth, and return on new year’s day. On the day the ancestors take their leave, the people of Bongan thoughtfully throw their money up in the air to provide for them, and as a way of giving thanks.

This ceremony is performed when a Balinese reaches puberty. The teeth-cutting ceremony, or Mepandes, is conducted to eliminate common vices like greed, lust, anger, and jealousy. Boys and girls engage in a special religious rite before their front teeth are scraped by elders as a symbol of letting go of their harsh nature, concluding with a prayer to ask for blessings. 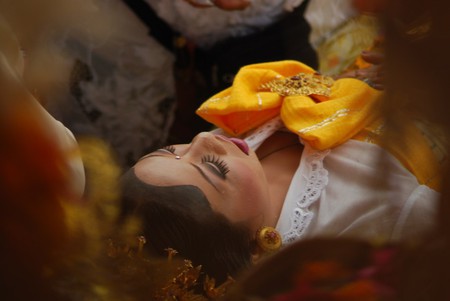 A religious/cultural tradition of self-harm or piercing is evident in many cultures in Indonesia. On Bali, the ritual is called ngurek. Although practiced by different cultures and religions, the rituals are based on the same principle of faith, and are seen as an extreme demonstration of total belief in God. Participants believe that God will protect them from harm, even if they attempt to pierce, stab, or otherwise hurt themselves. This ritual is often held in public places for other people to see.

The Melasti ceremony is held before the Balinese day of silence (Nyepi), when the locals refrain from any non-prayer activity, including working and cooking. The Melasti ceremony is an opportunity to cleanse the soul with water, so is conducted on beaches and lakes. It is elaborate and involves intricate steps and symbols, including dipping the body in the water while wearing a beautiful prayer outfit and praying.

Melasti Ceremony 😌 www.wikipedia.com Melasti is a Hindu Balinese purification ceremony and ritual, which according to Balinese calendar is held several days prior to the Nyepi holy day. It is observed by Hindus in Indonesia, especially in Bali.[1] Melasti was meant as the ritual to cleanse the world from all the filth of sin and bad karma, through the symbolic act of acquiring the Tirta Amerta, "the water of life".[1] Melasti ceremony is held on the edge of the beach with the aim to purify oneself of all the bad things in the past and throw it to the ocean.[2] In Hindu belief, the source of water such as lake and sea water, are considered as the source of life(Tirta Amrita).[1] In addition to performing prayers, during Melasti ceremony, all of sacred objects which belongs to a temple, such as pralingga or pratima of Lord Ida Sanghyang Widi Wasa, and all of sacred equipments, are being cleaned and purified.[2] Amazing pic by @dediisuwardi #melasti #melasticeremony #upacaramelasti #upacara #nyepi #menyepi #bali #visitbali #ilovebali #pantaimelasti #ungasan #uluwatu #jimbaran

This ritual is unique to the village of Trunyan in Bangli Regency, Bali. Instead of burying the deceased or cremating them, bodies are laid on the ground, surrounding a big tree in the village, followed by prayers and ceremonies. The centuries-old tradition can be seen in the piles of skulls and bones that surround the tree. Strangely enough, the area does not smell of decomposing bodies, as the enzymes from the tree and decomposing bodies mix together.

Also known as the “pandan leaves war”, this ritual from Tenganan village provides quite a show for curious tourists. Men gather to face each other in a war that uses thorny pandan leaves as weapons. This ritual is dedicated to the Lord Indra, the god of war in the Balinese belief system. After the battle, participants are treated and prayed for by elders so they don’t feel pain.