Top Things To See and Do in Malang, Indonesia 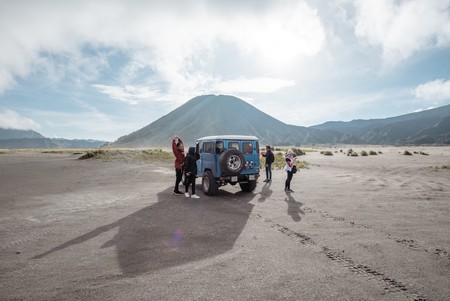 Tourists may be familiar with the tropical paradise of Bali, urban jungles Jakarta and Surabaya, or even the mystical Tana Toraja. But the East Javan city of Malang offers unmissable things you may not expect from such a low-key destination. From exotic beaches to amusement parks, discover the top things to see and do in Malang, Indonesia.

Malang’s rich and diverse topography begets numerous of magnificent waterfalls scattered around the area, each with its own charms and beauty. Tumpak Sewu, for instance, consists of a myriad of flows gushing together through a lush and majestic cliff, creating one big awe-inspiring waterfall. Coban Putri, on the other hand, has attracted many tourists for its pristine waters and fun photo-worthy spots, such as a splendid swing overlooking the greeneries. You might also want to look into Madakaripura Waterfall, which is the tallest in Java, or Coban Tundo where daredevils can try some cliff-jumping actions. 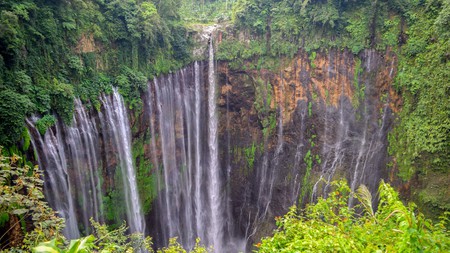 This small island off the southern coast of Malang has some of the most exotic beaches and natural wonders. The Segara Anakan Lagoon features kilometres long of clear turquoise water, surrounded by lush hills that protect the lagoon from strong currents, making the area perfectly safe to swim and dip in. Tourists can also explore the island for more beaches, well-rewarding hikes with mesmerising views and encounters with thriving wildlife. 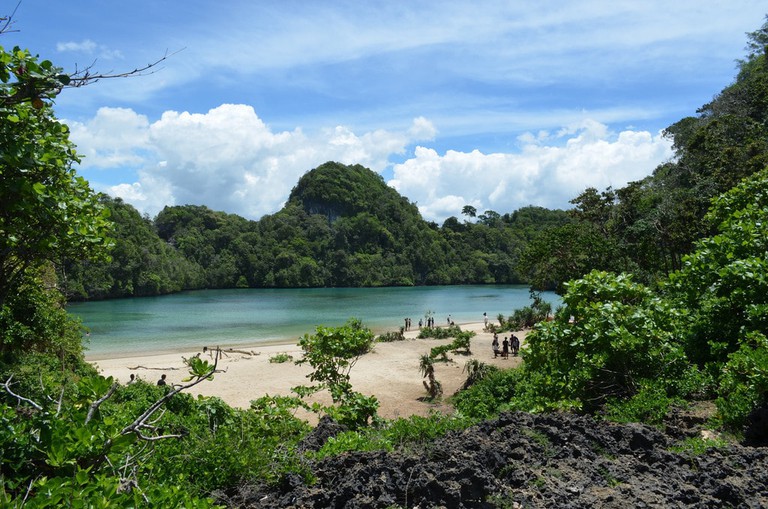 Also known as Mahameru (or ‘The Great Mountain’), this mountain is not only Java’s highest peak, it also hosts numerous dreamy sights to behold. At 3,676 metres, for most people it takes more than three whole days to conclude a hike. But for nature-enthusiasts, that only means three days of immersing your weary souls into the lush vegetation, enjoying the gorgeous alpine view, and observing various wildlife and biodiversity along the way. Some of the most popular spots along the Semeru hiking trail are the picturesque Ranukumbolo Lake and the vibrant Edelweiss field. 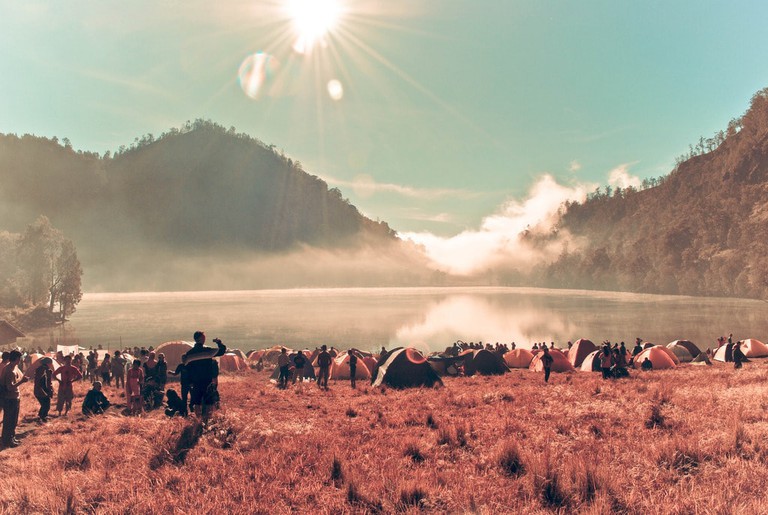 The City of Batu was a part of the Malang Regency, and it is home to some of Indonesia’s most iconic amusement parks. The Jatim Park chain (short for Jawa Timur, or East Java) has three establishments in one huge complex, each with its own theme and takeaway. Jatim Park 1 offers numerous fun rides for kids and adults, a waterpark, and cultural exhibitions. Jatim Park 2 is more educational, covering a zoological museum and a walk-in zoo. Jatim Park 3 is dedicated to the prehistoric era, with a fascinating dinosaurs theme and decoration.

During Indonesia’s ancient times, Malang was a crucial locality in the sovereignty of the Singosari Kingdom. That episode of history has left us with some impressive and important historical sites to observe. One of them is the Singosari Temple complex that consists of several temple buildings and intricate huge stone statues. Another one is the Jago Temple, which shows influences from both Buddhism and Hinduism architecture. 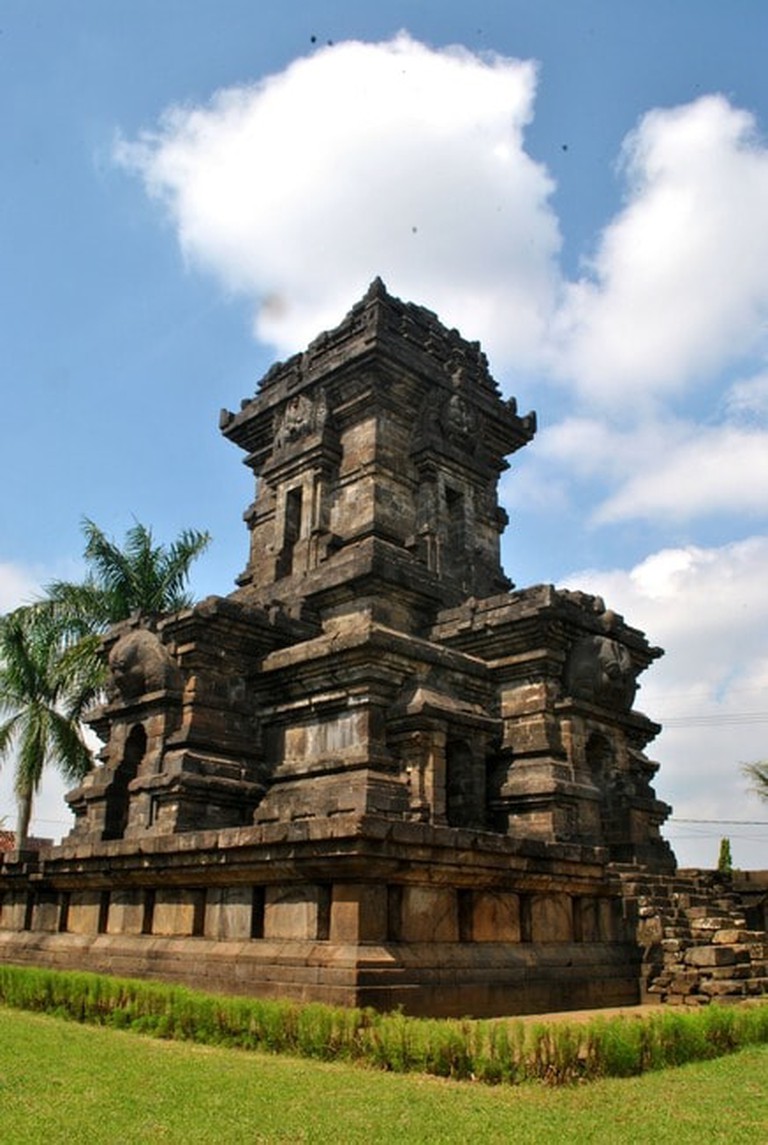 Malang’s most colourful spot comes in the most unexpected way, tucked in the most unlikely neighbourhood. A few years ago, a riverside slum was transformed into a splendid rainbow village, and since then it’s like every dingy wall has forgotten its gloomy past and is now gleaming with bursts of colours and fun sketches and 3D pictures. Virtually every corner is an Instagram-worthy spot, not to mention the overall magical vibe the splashy place reflects. 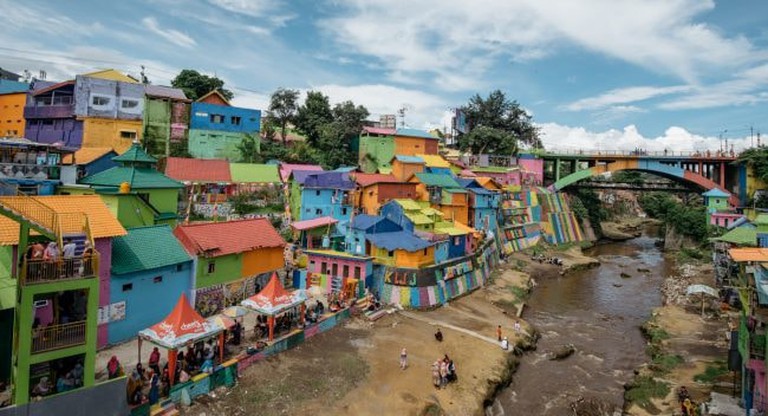 This iconic volcano does not really belong to the Malang district, but the city is one of the most frequented hubs for the famed Bromo sunrise tour. Tourists can start their journey from Malang a little after midnight to arrive in Mount Pananjakan just before the glorious sunrise. From the sightseeing spot, tourists can view one of the most iconic and perhaps most photographed scenery from Bogor, mixes of wonderful colours at the backdrop of the hypnotisingly beautiful mountain complex of Bromo. From there, tourists can proceed to hike Mount Bromo itself to see the massive crater and surrounding wonders. 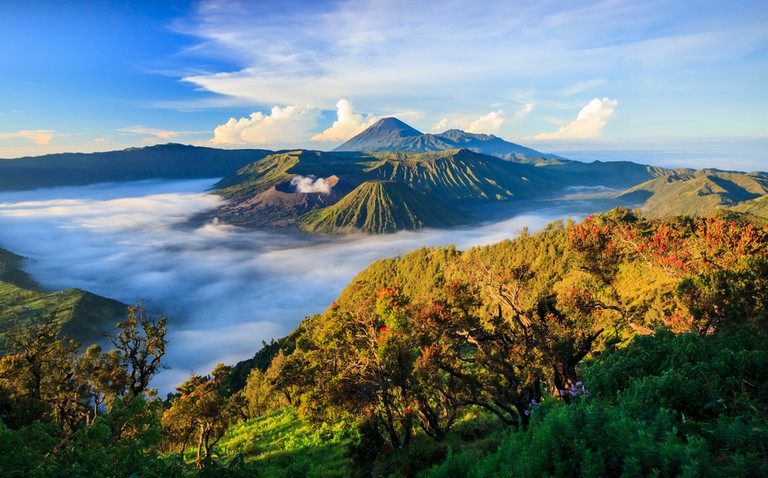 Far beyond the lively city and modern tourist attractions in Malang is the extensive stretch of splendid coastline, making up some of the most beautiful beaches on the island. Once you’re in the area, you can venture from one beach to another conveniently. Some of the spots you don’t want to miss are Balekambang Beach with its gorgeous sea temple, Goa Cina Beach with stunning small islands formation, and the impossibly staggering three-coloured beach, Pantai Tiga Warna.