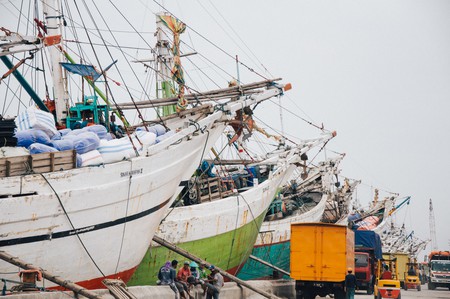 Traditional boats lined up neatly in a rustic harbor, ornate and painted with beautiful colors. It is a charming sight to see. But more than an eye candy or Instagram post backdrop, the Sunda Kelapa Harbor in Jakarta was once a key figure in the city’s history.

Before settling with Jakarta, the area that now serves as Indonesia’s capital has had various names. Before 1527, the now Jakarta was called Sunda Kelapa, a name determined by the ancient kingdom that reigned over the area at that time, Sunda Kingdom. 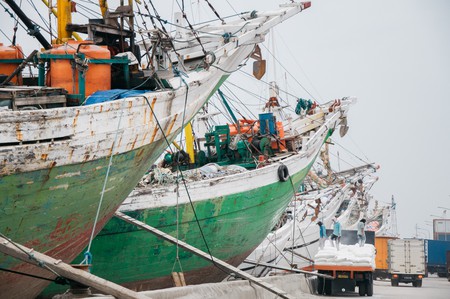 The name itself is a testimony to the port’s long and grand history. The earliest known record of this port dates back to the 13th-century, stating that the Sunda Kelapa Harbor was the main port of the Sunda Kingdom that ruled over most part of Western Java. Another source suggests that the port has been operating long before that, perhaps since the 5th-century, as a functioning harbor for the Tarumanegara Kingdom.

Sunda Kelapa Harbor was one of the main ports that shouldered the busy international trade between kingdoms and nations around the globe. Traders came from China, India, and Europe to get spices, especially pepper, which was Sunda Kingdom’s main commodity. 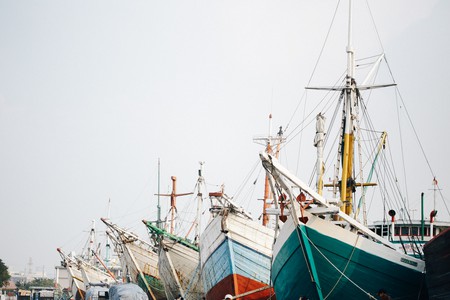 The Portuguese, in particular, established close ties with the Sunda Kingdom and were privileged with more access to the pepper trade and granted permisson to open offices in the area, in exchange for military assistance.

Sunda Kelapa Harbor and the birth of Jakarta

Threatened by Sunda’s alliance with the Portuguese, the Sultanate of Demak (a Javanese Muslim state located on Java’s north coast) planned to attack the port to severe the ties and take over the mighty, important harbor. On June 22, 1527, the Sultanate invaded the Sunda Kelapa harbor under the leadership of Fatahillah. The Sultanate changed the town’s name to Jayakarta. This monumental event is now considered the birth of Jakarta, a festive occasion celebrated every June 22. 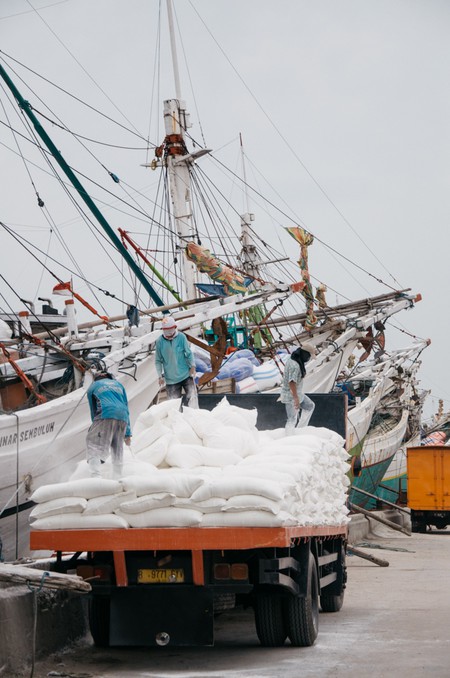 Under the governance of the Demak Sultanate, the harbor continued to serve international spice trade, mainly trading with the Dutch who first arrived in 1596. Realizing how they were reaping a lot of gain from agreements with the Sultanate, the Dutch East India Company seized the port, established new buildings around it, and changed the name of the city to Batavia. After independence, the Indonesian government returned the port to its original name, Sunda Kelapa.

Sunda Kelapa Harbor served as the city’s main port until the late 19th-century, when trading activities were moved to the newly-built Tanjung Priok port. Now, the harbor serves more as a historical site than an actual port, though several fishing and transportation businesses still make use of it. The nearby buildings built by the Dutch are preserved as museums and cultural spots and include the Fatahillah Museum, Bahari Museum and Wayang Museum. The port, along with its surrounding area is now known as the Old City of Jakarta, a historical neighborhood that gave birth to the now-metropolitan capital city. 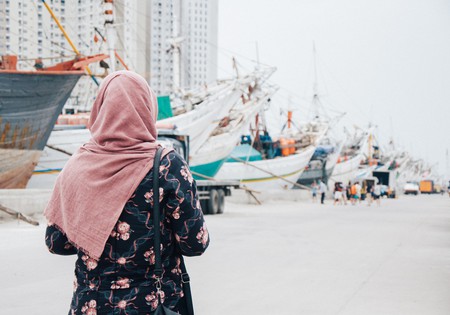