The Schoolgirls Who Held a Hungerstrike to Save Their Island 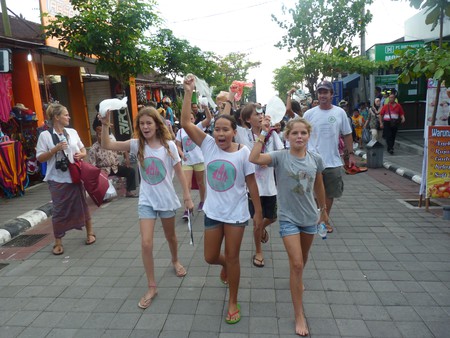 How far would you go to save the place that you love? For two extraordinary sisters from Bali the answer is any length. Tween activists Isabel and Melati Wijsen have been campaigning to rid the Indonesian island of plastic since 2013 with their grassroots movement Bye Bye Plastic Bags.

In 2015, they took a petition containing 100,000 signatures to the governor of Bali. After being turned away they staged a hunger strike, inspired by their hero Mahatma Gandhi. Finally, the governor agreed to meet with Isabel and Melati and signed legislation promising to ban all plastic bags on the island by 2018, not bad for two girls yet to celebrate their fourteenth and sixteenth birthdays.

Bali is a paradise, with some of the most beautiful beaches in the world. But what many admirers do not know is that the island also has a serious plastic problem. It is estimated that 30 million plastic bottles are used every day and discarded in different ways. Were it not for daily clean-up teams, its golden sandy beaches would be hidden beneath mountains of rubbish. 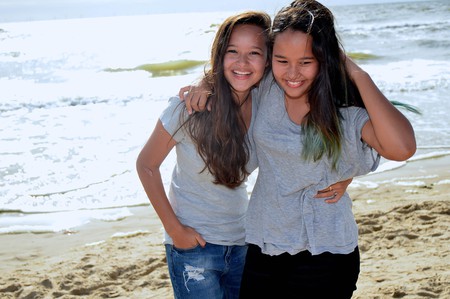 From a young age, the Wijsen sisters knew they had to do something about this unsustainable problem the island’s older generations were ignoring. Instead of feeling powerless, the precocious sisters have used their age as an advantage to make others sit up and take notice.

‘The fact that young kids are getting involved has definitely been the key to our success,’ they told us. ‘We think it is about time that young voices are being heard. Plastic that is not picked up or recycled will come back to us, it is our future that we stand up for and we are proud of the role BBPB has played so far.’ 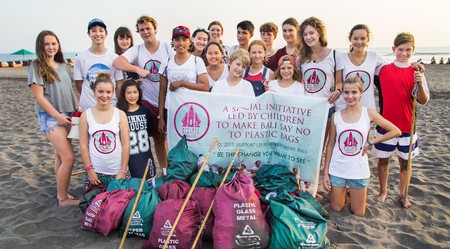 It is hard to argue. BBPB has launched divisions in Jakarta, Sydney and Melbourne and counts prominent conservationists as supporters. The sisters have been invited to speak around the world, including at a Ted conference in London which has been watched over a million times.

Isabel and Melati are students at the Green School, quite possibly the most beautiful school on earth and certainly one of the most progressive. They say that their teachers are behind them all the way and the school allows them to ‘focus more on the larger picture of BBPB and the youth movement it has set in motion.’

However, convincing friends and family that a hunger strike was necessary to achieve their goal was more difficult. For the girls, the decision ‘wasn’t hard at all’ and they consulted a dietician who advised them not eat between sunrise and sunset, rather than totally starve. Needless to say, the stunt attracted publicity for Bye Bye Plastic Bags and after two days the governor of Bali relented.

During this meeting, he agreed to pass legislation to ensure that Bali would be plastic bag free by 2018, although two years later this timeline has proven to be a little too ambitious. ‘Some steps have been made in the right direction. Our guess is that making people pay extra for plastic bags will be the closest we will get by next year.’

Still, these are important steps. In the UK, a 5p charge has reduced the use of plastic bags by 78%, according to one supermarket chain. In 2016, Bye Bye Plastic Bags scored a major victory by convincing Bali’s Ngurah Rai International Airport to go plastic bag free.

It seems the sisters’ enthusiasm and determination knows no bounds. Their mission is not only to improve the conditions on Bali but to inspire other enterprising teens to stand up for what they believe in. ‘Find out what your passion is and commit to it. This might be anything, as long as you do it with pure intention, unpolluted by greed, political or personal agenda.’ Wise words indeed.

On February 19, Bye Bye Plastic Bags collaborated with 21 other like-minded organisations involving 1,200 people in 55 locations to stage Bali’s biggest ever clean-up, collecting over 40 tonnes of rubbish. ‘The rest of the year we’re dedicating to local initiatives, raising awareness and making sure Bali’s politicians don’t forget their promise to say no to plastic bags by 2018.’ Something tells me they won’t.