The Most Exciting Activities to Do On Lombok Island 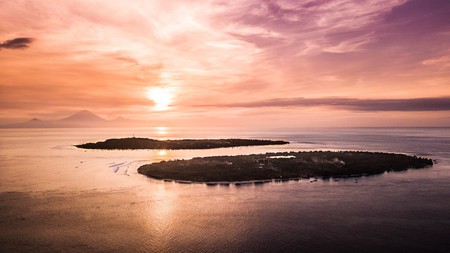 Colourful sunsets, crystal clear waters, sandy beaches and lush mountains are just a few things a traveller can expect when visiting Lombok in Indonesia. Here are some of the fun-packed activities you should try out in between relaxing on the beach and sampling the local cuisine.

Lombok is home to the second highest volcano in Indonesia, Mount Rinjani. At 3,726 metres (12,225 feet), it offers spectacular views over the island and across the ocean. Within its huge crater lies Lake Segara Anak as well as some natural hot springs you can bathe in. The gruelling hike up to the summit covers different terrains including dense rainforest, dry savannah and rugged rocks. The trek to the crater rim typically takes two days and one night, but visits to the summit and down into the lake are usually part of a longer tour package. Trekking season for Mount Rinjani lasts throughout the dry season from April until December, as climbing in the rainy season can be quite dangerous. For the traveller looking for a less challenging hike, Pergasingan Hill in Sembalun offers incredible views of the villages and farmland in the surrounding valleys. This climb only takes three hours, perfect for those with less time on their hands. 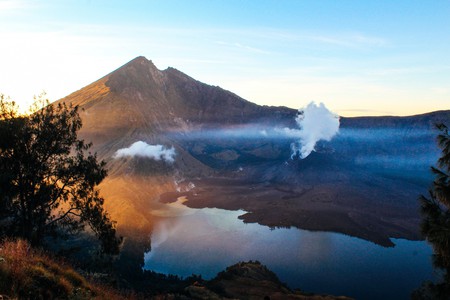 No trip to Lombok is complete without a visit to at least one of the three small islands off the north-west coast. The absence of motorised vehicles on these islands only adds to the beauty of the white sand beaches and azure blue waters. Each island has its own personality: Gili Trawangan is the largest and most developed of the three and is labelled the ‘party island’, generally attracting a younger crowd; Gili Meno, dubbed the ‘romantic escape’ or the ‘honeymoon island’, is the smallest and quietest of the three, and is most popular with people looking for rest and relaxation; finally, Gili Air is a balance of the other two, with plenty of beach bars and restaurants while still maintaining a peaceful atmosphere. Island activities include snorkelling, diving, surfing and stand-up paddleboarding, or taking in the views with a relaxing cycle around the island of your choice, which takes between one and two hours. 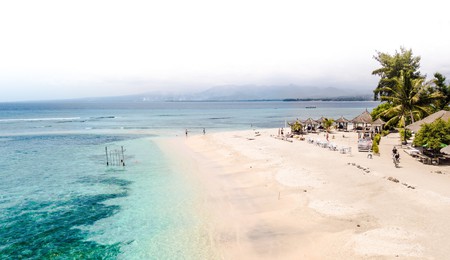 There are some magnificent diving and snorkelling sites in Lombok such as the Sekotong area, which is located around a peninsula off the south-west coast. There are several tiny islands dotted around this area with unspoilt fringing reefs that are perfect for exploring. The Magnet is Lombok’s most famous dive site, located in Belongas Bay on the southern coast. Its name comes from the number of hammerheads, barracuda, eagle rays and other big fish which are drawn to this site. The Gili Islands are one of Indonesia’s best places for diving, with a high chance of spotting wildlife such as turtles, reef sharks and manta rays. There are many reputable diving companies and snorkelling tours in these spots, and the best time to dive coincides with the dry season, which starts in March and extends into November. 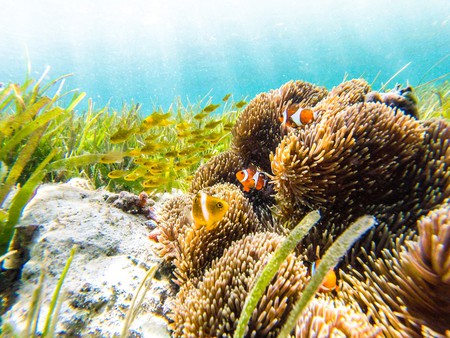 Lombok has some world-class waves and offers surf breaks for every level, from beginners to the most adventurous pros. Most of the surf spots are located in the south of the island, the most notable being Desert Point, Mawi, Kuta, Gerupuk and Ekas Bay. As people from all over the world are drawn to this area to enjoy the surfing, these places are catered for visitors and, though they’re not as developed as the north of the island, it is easy to find accommodations and facilities. If you’re a surfing novice, locations such as Senggigi, Mangsit and the three Gili islands will be better suited to you. Surfing is not as prominent in these locations, so surfers who do come here will benefit from the smaller crowds. Lombok and the Gilis boast plenty of surf schools, so newbies won’t have a problem finding somewhere to learn. 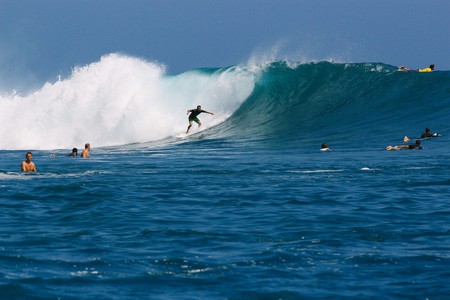 Cool down and swim under the falls at one of Lombok’s many waterfalls, most of which are located on the north of the island. The most famous waterfall is Tiu Kelep, known for its size and the force of its water. To get there, visitors must follow a trail through a rainforest, first stopping at Sendang Gile, a smaller waterfall, before reaching Tiu Kelep. Gangga Waterfall has three ‘stages’—a visit there is perfect for adventure lovers, as seeing the whole waterfall involves climbing and trekking between the three levels. Central Lombok is also home to Benang Stokel, a collection of five different waterfalls within a few minutes’ walk of each other. One is called Benang Kelambu, appropriately meaning ‘curtain threads’, as the water flows down a huge wall draped in vines. 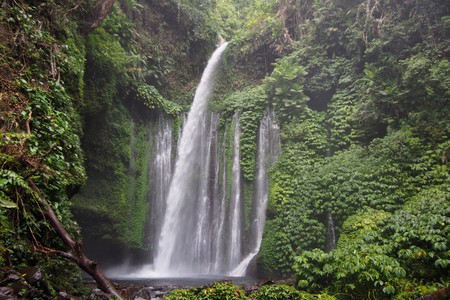