How One of Indonesia's Poorest Regions Produced Generations of Top Athletes 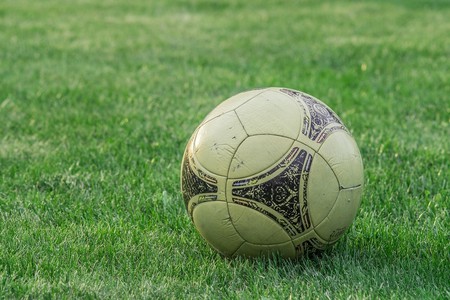 Indonesia is a huge and diverse nation, sprawling from the Shariah-governed Aceh to the easternmost region of Papua. Often identified or generalized as a far-flung territory with traditional tribes and underdeveloped land, Papua is considered well behind the far more modern societies in other Indonesian cities, especially those in Java.

From economy, education, to infrastructure, Papua represents Indonesia’s most underdeveloped side, and it may be a surprise to many that something superior can come from this region.

But subordination doesn’t apply to Papua’s athletes, mainly football players. The region’s football club, Persipura Jayapura, often nicknamed the Black Pearl due to the dark and strong physique of the Papuan athletes, has five national championship titles under its belt along with other achievements in various leagues, making it Indonesia’s most successful club.

The strong and skilled Papuan football athletes are such a blessing for the Indonesian national team, as well. Boaz Solossa, for example, has been captain of the national side since 2014 with outstanding records, including top scorer for several leagues and becoming the first Indonesian to be ranked among Asia’s Top 50 Players by FourFourTwo magazine.

Impressive as he is, Boaz is not the only shining ‘black pearl’ from Papua. From the legendary, late Hengki Rumere, who was famous for his defending style often likened to Paolo Maldini, to the young Okto Maniani, Papua has become the national team’s main contributor of top athletes. 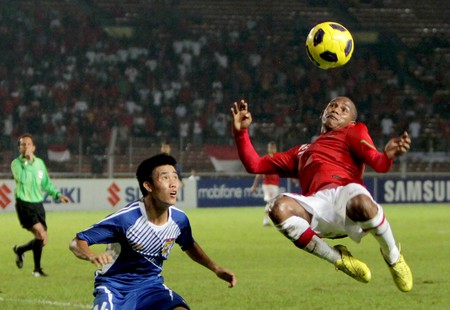 What makes the Black Pearls?

Considering the relatively untouched land and remote location, Papuan people are used to extreme living conditions. Children are skilled and strong enough to go back and forth through the hills and jungles daily since early ages. In other words, the environment of the Papuan people helps shape their robust physical strength and strong figure later projected onto the sports field. The people’s tribal and warfare history also calls for fit and resilient physical and mental strength.

The geographical and historical factors also interact with other socio-economic conditions. Similar to the phenomenon identified in South America, early exposure is another contributing factor in the making of top Papuan athletes. Impoverished children often find a lot of time on their hands and take joy in playing anywhere they can settle, from abandoned lots to open fields. So before even entering formal training, many kids are already very skilled playing in awkward fields—muddy ground, uneven shape, barefooted, under the rain, and every other natural condition there is. 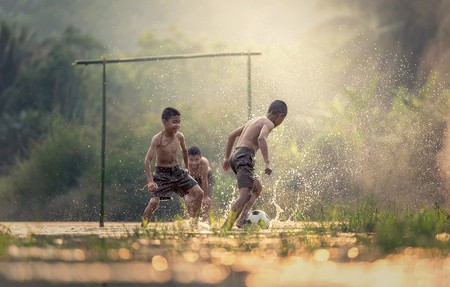 Beyond winning and losing, techniques and goals, playing football is even more of a social activity. In contrast to professional training experience, local kids play casually with friends and neighbors, making football a sustainable and enjoyable activity to keep up with every day. No fee, no pressure, just a lifestyle that makes life a bit more fun and pleasant.

Notable athletes and the future of sports from Papua

Beyond football, Papua also nourishes other remarkable athletes, including the female weightlifting champion Raema Lisa Rumbewas who won a silver medal at the 2004 summer Olympics, among other international achievements.

The rower Erni Sokoy, often nicknamed the Queen of Pedals, is also a Papuan athlete with several gold medals under her belt. And there’s also Margaretha Herawati, a record-breaking swimmer from Papua.

With all these spectacular talents and potential, it’s only appropriate that the government pours in more resources to cultivate Indonesia’s breeding ground for top athletes. President Jokowi has expressed his promise to pay more attention to the management of sports and athletes in Papua during his 2014 campaign—we’re still counting on that, and will see what the future brings for this immense potential.