The Big Move: An Expat's Guide to Living in Indonesia 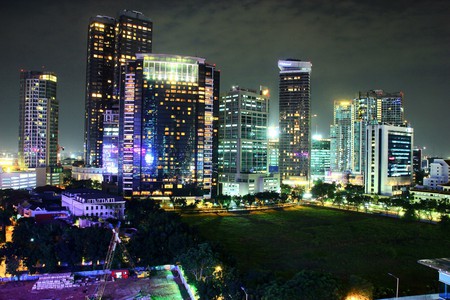 If you’ve been fantasizing about life in the tropical paradise of Indonesia, with its mesmerizing nature and vibrant culture, this guide could give you the nudge and inspiration to act. However, moving to a whole other country is a big decision, and not one to rush into — read our expat’s guide to living in Indonesia.

Bureaucracy in Indonesia can be complicated to navigate, so make sure you have all the paperwork and basic information you need beforehand to avoid unnecessary confusion. Be sure to obtain the right visa that will allow you to stay or even work in Indonesian-based companies. Be informed on important dates, such as when you need to report to the regional immigration office and get a stay permit card or register at the local police headquarters, and always get everything renewed as needed.

Choose the right city for you

Indonesia is a vast archipelago with 17,000 islands and even more regions. Deliberately planning to move to Indonesia gives you the privilege to choose a city according to your personality and preferences.

The unique balance between thriving nature, traditional culture, and flourishing modernity creates a certain atmosphere that attracts thousands of expats and millions of yearly tourists to Bali. Even within the island, there are many great neighborhoods to choose from. For a quintessential island life with majestic surf breaks and boho youthful feels, setting up home in the beach town of Canggu might be the best option. For a more modern beach-side lifestyle with lavish resorts and restaurants, Seminyak is the perfect neighborhood. If you’re after artistic pursuits, try tracing the steps of numerous other great artists before you and head to Ubud for a serene, inspiring life in an authentic cultured village. 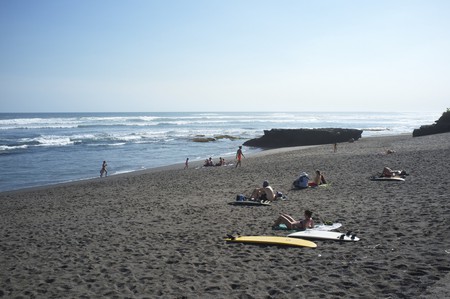 Many of Jakarta’s residents are stuck in a love-hate relationship with this vibrant metropolis. Just like every other city, Jakarta has its strengths and weaknesses. If you can’t live without mega shopping malls, hip new restaurants, and tall big offices, Jakarta is your city. As the country’s business and lifestyle hub, there are also plenty of opportunities to network with other professionals in the city, if that’s what you’re looking for. Of course, you’re going to have to deal with crazy traffic at times, but at least there is always a fresh new bar and stores to stop by and wash that weariness away.

Academics, artists, and old souls may find themselves completely captivated by Yogyakarta. It’s a town in which cultural heritage is not only preserved but flourishing under new contemporary interpretations. Manifestations of the rich Javanese culture can be found everywhere, from the architecture to the customs, inspiring you to lead a creative and cultured life. The city is also known as Indonesia’s academic hub, due to the abundance of universities, libraries, and educational center. 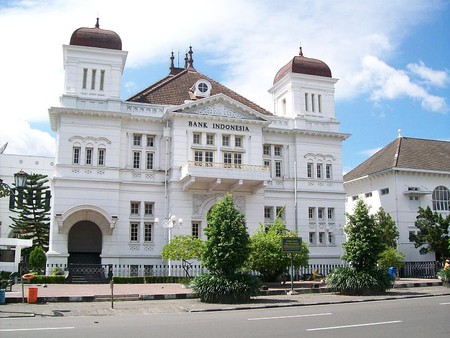 Whether you want a secluded life on a hilltop or a vibrant life in a city center (or even a little bit of both), Bandung is worth considering. The city has enough of a modern side to keep you excited, but it’s still wrapped in authenticity and a natural feel. The streets are lined with concept stores, novelty coffee shops, and other creative establishments. Bandung is a great place to live and create for stylish, contemporary individuals who still prize refreshing lush greenery, fresh breezes, and other highland natural features. 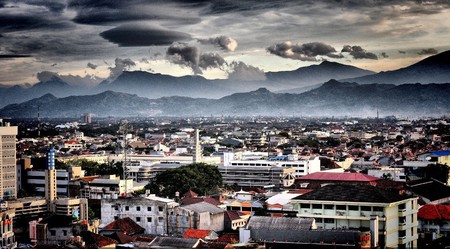 Bandung, a city with a view | © Amateur Indonesian Photographer/Flickr

Surabaya is the second most populous city in Indonesia, and a prominent economy in the eastern part of the country. It has everything a metropolis has to offer, from shopping malls to tall office buildings, but it’s still smaller in population than Jakarta. It’s located in a strategic position to manage business activities throughout Asia. Surabaya still has a lot of opportunities to uncover for creative, ambitious business leaders.

Surabaya at night | © Everyone Sinks Starco/Flickr

You may know that Indonesia is home to the largest Muslim population in the world, or have heard some stereotypes that have led you to think you have to behave a certain way in this country. In truth, Indonesia is a very diverse nation with more than 300 ethnic groups, each with their own specific customs. Once you’ve decided on a location, get informed about the specific culture there. Once you’ve arrived, take time to observe on how people interact with each other and their other customs.