The Best of Indonesian Pop Music 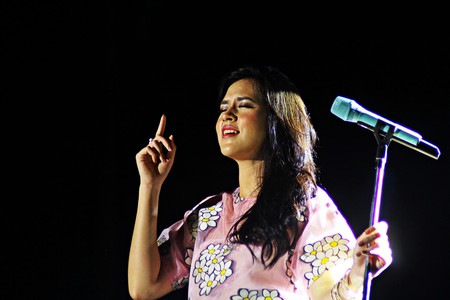 Indonesia’s charming diversity extends to its pop music scene, where artists from different backgrounds and genres provide different colors and zest to the lively entertainment domain. From singers to bands, easy-listening to a little jazz and R&B, discover the best of Indonesian pop music you can enjoy.

Even from her busy teenage years recording albums and presenting shows, Agnez Mo dreamed of going ‘international’. And while there is a time when Indonesia hadn’t seen her in a while, this talented singer, songwriter and actress apparently paved her way into stardom in the international stage. She has collaborated with Keith Martin and starred in a Taiwanese drama series. As a musician, Agnez Mo is loved for her strong vocals, upbeat sounds and soulful ballads.

As a singer and songwriter, Tulus keeps the balance in presenting works that are light enough to be popular but sophisticated and jazzy enough to set him apart from other pop artists. His poetic lyrics add elegance and class to his music, topped with his own bouncy vocals that actually tell stories and charm hearts. Ever since his debut album in 2011, Tulus has been nominated for and won prestigious awards, including the Indonesian Choice Award and Rolling Stones Editors’ Choice Awards.

This Jakarta-born singer, songwriter and producer is the Asian artist with the highest album sales outside of Asia. Her international success was solidified by numerous awards and achievements, including topping the Billboard charts in several countries for her hit “Snow on the Sahara”. Anggun is also a much-loved judge for several talent shows, including the 2017 Asia’s Got Talent. In total, Anggun has released four Indonesian-language studio albums — during her early career — five in English, and another six in French.

The band Noah first debuted as Peterpan in 2000. The band was very productive, and they released hit singles and albums in the early 2000s, some of which have also been heard and loved on foreign charts, especially Malaysia’s. After several changes in formation, Peterpan was reborn as Noah in 2012, retaining much of its original mark and popularity. Both Peterpan and Noah are loved for their easy-listening songs and simple but poetic romance lyrics.

The phenomenal musical career of Raisa Andriana, who is often referred to as Raisa, was boosted by her hit single ‘Serba Salah’ in 2011. She showed up on the stage of the prestigious Java Jazz Festival the exact same year, illustrating her fast-rising popularity, earned by her lovely vocals, as well as lighthearted music and videos. In 2012, she collaborated with David Foster as the only Indonesian singer performing at the David Foster and Friends Asia Tour. She continues to be one of Indonesia’s most-loved sweethearts.

With more than 10 albums under his belt, Glenn Fredly has become somewhat legendary in Indonesia’s music scene. He’s known for his R&B style, which he first explored in the 1990s, a time when R&B was not a widely-known genre in Indonesia. Glenn Fredly has released numerous hits since his first studio album in 1998, including ‘Januari’ and ‘Salam Bagi Sahabat’, which have withstood their popularity throughout the decade. His marvelous success in the music industry has led this artist to start his own music label called Musik Bagus.

Ahmad Dhani is a renowned musician, credited for the rise of many young, fresh musicians. His delicate eyes and ears for good music also make him an excellent songwriter and music arranger. More than a man behind the scene, Ahmad Dhani was also the frontman of his band Dewa 19, which was formed in 1986 and enjoyed immense popularity until the 2000s. Dewa 19 was disbanded in 2011, but Ahmad Dhani continues to work with various musicians and create amazing works, including several solo projects.