The Best Diving and Snorkelling Spots in Bali, Indonesia 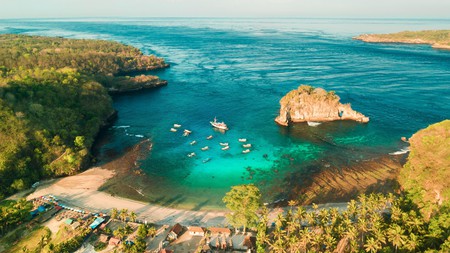 With crystalline waters, Bali is a must-visit if you’re a fan of diving and snorkelling | © Konstantin Andreev / Alamy Stock Photo

Bali is loved for its stunning beaches and never-ending waves, yet the farther you descend below the surface, the deeper you’ll come to learn the charm of the island. Here’s our list of the best diving and snorkelling sites in Bali.

You can enjoy an unforgettable snorkelling trip around the Gili Islands with Culture Trip as part of our specially curated 12-day Bali adventure. 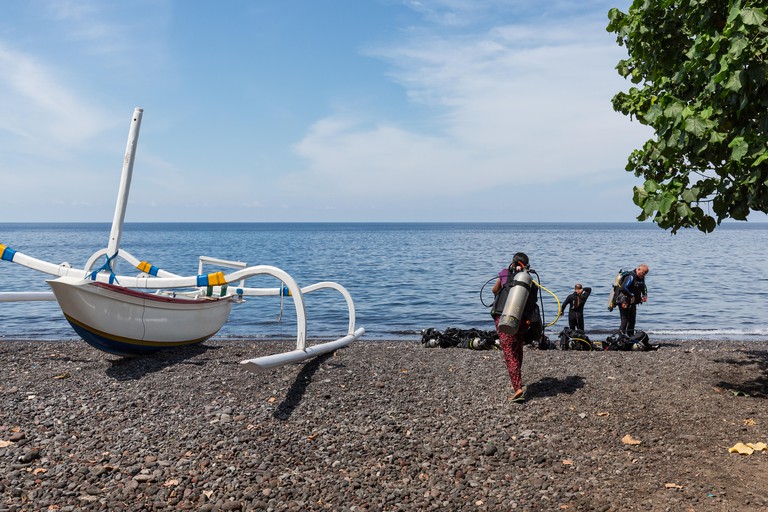 © Hudson Fleece / Alamy Stock Photo
The waters of Tulamben Beach are home to the USAT Liberty, which sank after being torpedoed during World War II. Now the shipwreck sits 30m (98ft) below the surface. And while the remains of the big ship appeal to many tourists and adventurers, only experienced divers have the privilege to explore it fully down to the bottom. Not to worry though, as beginner divers and snorkellers can easily explore the upper part of the ship – where marine life thrives, bringing colour to the rather stern wreckage scene. 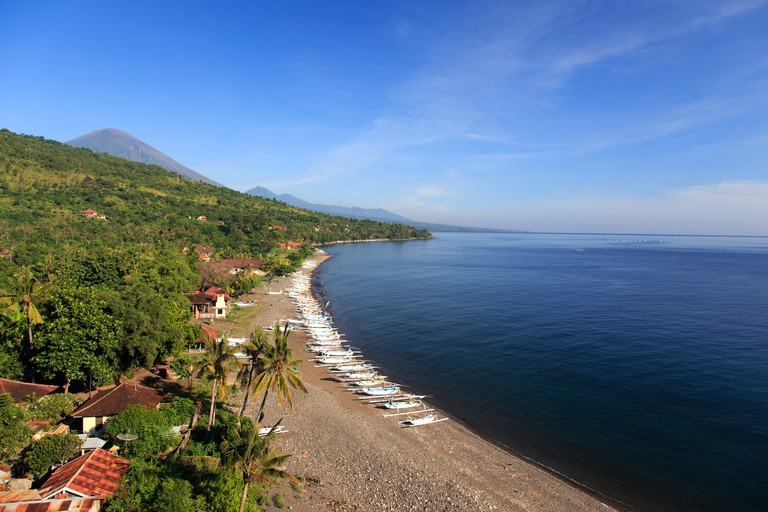 © Michele Falzone / Alamy Stock Photo
Almost as though it’s forgotten the terrible war, a Japanese patrol boat from WWII sits serenely at the bottom of Lipah Bay. The destruction of the boat has brought new forms of life – the wreckage sustaining magnificent corals and marine creatures. The dive site is easy to access from the black-sand Amed Beach, with the wreckage just 12m (40ft) below the surface. 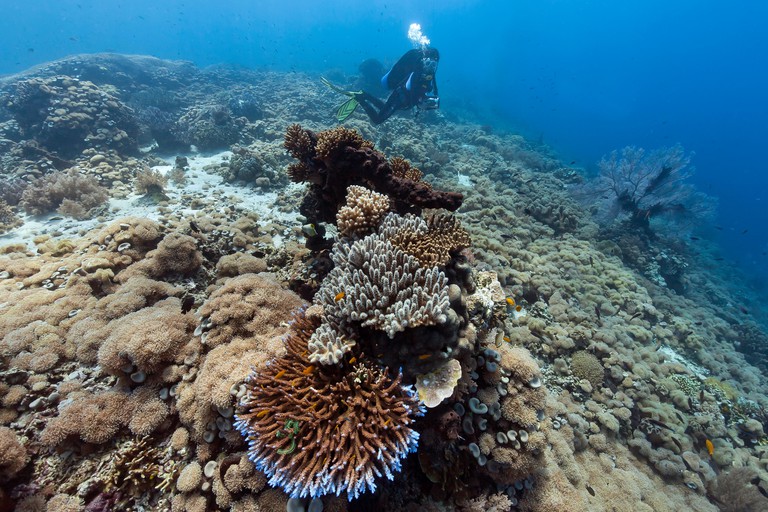 © ImageBROKER / Alamy Stock Photo
Not your mainstream dive site, Pos Dua is a spot on Menjangan – a small island just three hours from mainland Bali. The marine beauty here beams up to the surface, visible by just dipping your face slightly into the clear water. From there, decide how far down you want to go. The area features a magnificent abyss stretching as deep as 40m (131ft), creating a majestic wall covered in corals – which only gets more incredible the deeper you dive. 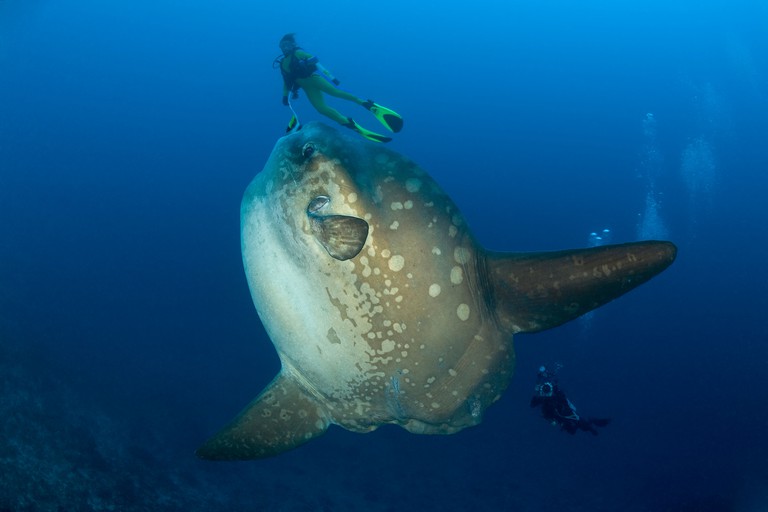 © Steve Bloom Images / Alamy Stock Photo
At Crystal Bay, hundreds of tropical fish swim around stunning corals, presenting divers and snorkellers with a breathtaking sight. It sits between the Nusa Lembongan and Nusa Penida islands and is often protected from strong currents – making it an easily attained gem. Occasionally, turtles, sea snakes or manta rays make an appearance – a great bonus for your day under the surface. 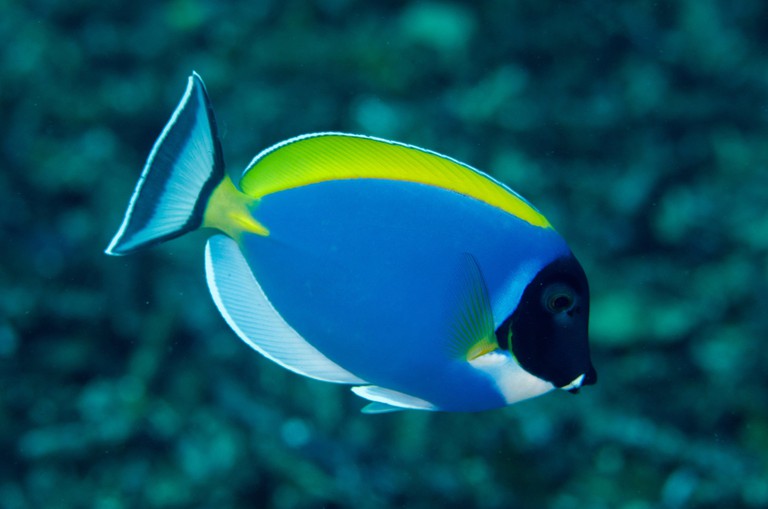 © agefotostock / Alamy Stock Photo
These three tiny islands hold big challenges and attractions for daring divers. The nearby sea is home to many sharks, as well as large blackjacks and the bony ocean sunfish (Mola mola). Gili Tepekong is the best place to spot them, while sharks are often seen near Gili Mimpang. Meanwhile, Gili Biaha has an often-crowded shark cave. The three islands are close together, so you can tackle the trio in one visit. 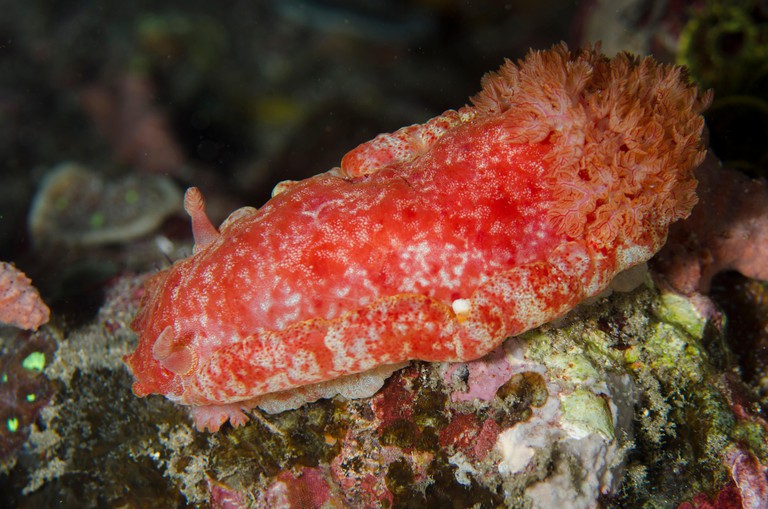 © Colin Marshall / Alamy Stock Photo
Even if you are a newbie diver or snorkeller, you don’t have to miss out on the rich marine life of Bali. The Blue Lagoon – technically a shallow coral reef – is a perfect site for beginners, as it has calm, shallow waters and stunning corals. Even so, the dive point – a mere five minutes from Padang Bai – also has something for adventure seekers. The spot is perfect for night dives when rare marine species roam, including the Spanish dancer and leopard shark.
Give us feedback