The Best Bali Temples to Visit 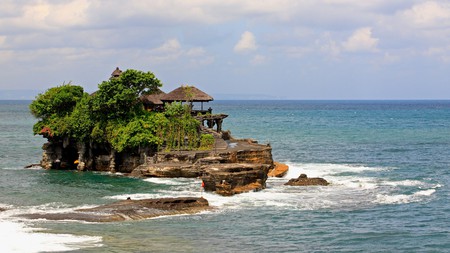 From Lempuyang Temple to the Elephant Cave near Ubud, these must-visit Hindu shrines provide insight into the history of the Island of the Gods.

From the misty mountains to the salty shores, you’ll find ornate temples of all sizes across Bali. These pura (temples) are important places of worship for those practising Balinese Hinduism. Since the religion is predominant in Bali, you’ll find over 20,000 temples across the island. Many are open to visitors, provided that you wear a sarong and respect traditions. Here are a handful of Culture Trip’s favourites.

If you’re looking for an immersive Balinese experience, book yourself onto our specially curated 12-day trip, encompassing temples, waterfalls and surf spots. 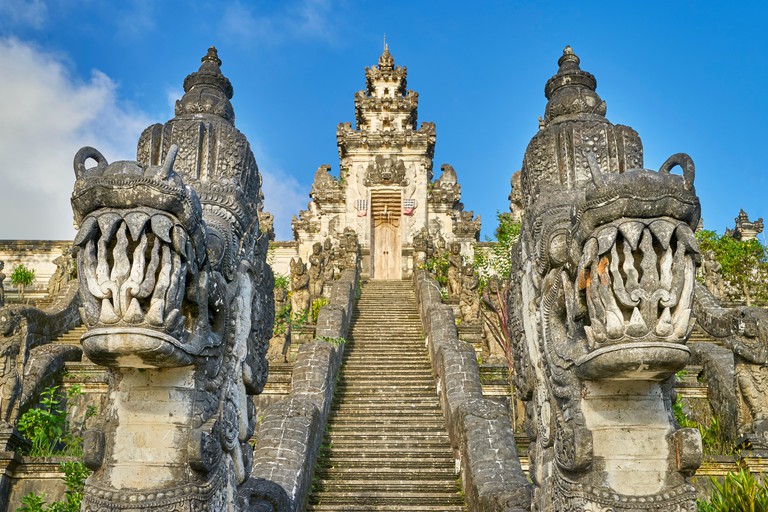 © Jan Wlodarczyk / Alamy Stock Photo
At Lempuyang Temple, you’ll find the iconic Gates to Heaven, a stone doorway that frames the peak of Mount Agung. It’s one of the oldest and most highly regarded temples in Bali, part of the Sad Kahyangan Jagad — the six main temples regarded as the pillars of the island. Getting to Lempuyang from Seminyak or Denpasar takes around two hours depending on traffic, but it’s worth spending the whole day in the area.

Hindu Temple
Facebook
Email
Twitter
Pinterest
Copy link
Share
Built atop a rock formation that becomes an island at high tide, Tanah Lot is known as the temple of the sea. Misty waves crash onshore, but you can still walk near the temple at low tide. Beyond the shoreline, you’ll find well-kept gardens and other Balinese Hindu shrines dotted around the grounds. Come for sunset – it’s a formidable spot, roughly 30 minutes from Canggu.

Batuan is a classic Balinese village temple, split into three separate areas accessed through a grand, intricately carved gate. Despite being built in 1020CE, the architecture is incredibly well-kept — allowing each mystical statue and detail to stand out. Ubud is less than 20 minutes away by car. 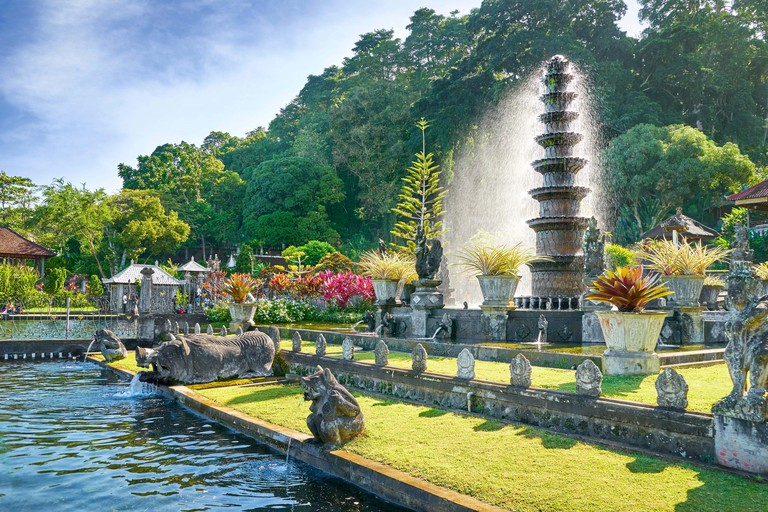 © Jan Wlodarczyk / Alamy Stock Photo
Head east to the Karangasem Regency and you’ll find the water temple of Tirta Gangga. A former royal palace, it takes its name from the Ganges river, a sacred place in Hinduism. Stepping stones over koi ponds, multi-tiered fountains, and ornately carved stone figures are scattered throughout its grounds. Beyond, the area is full of wide-spanning rice paddies. It’s around 90 minutes from Ubud by car – and a must-see in Bali.

Hindu Temple, Natural Feature
Facebook
Email
Twitter
Pinterest
Copy link
Share
Sky-high rock spires and countless shrines adorn the landscape of Pura Besakih, referred to as the mother temple of Bali. Expect sweeping views of lush countryside, set in the foothills of Mount Agung. Over 80 individual shrines and temples lie within the complex, each representing different celebrations and anniversaries. Head there early to beat the crowds. 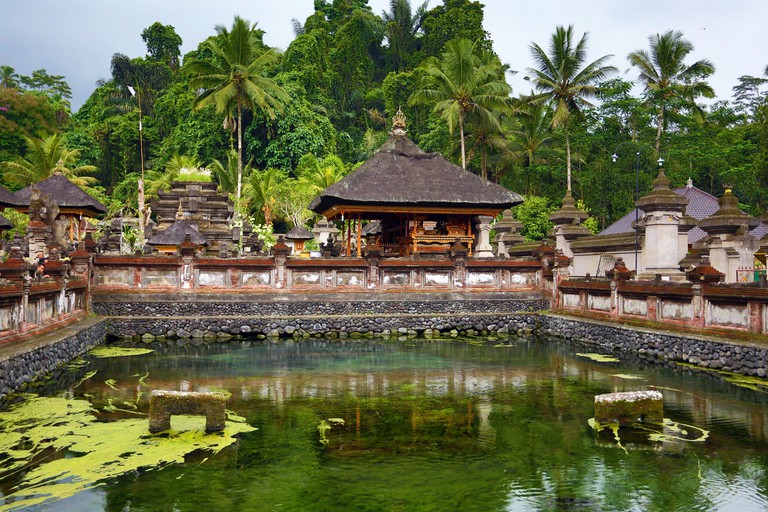 Hindu Temple
Facebook
Email
Twitter
Pinterest
Copy link
Share
Staggering limestone cliffs and a curious population of monkeys surround the grounds of Uluwatu, a cliffside sea temple overlooking the Indian Ocean. It’s one of the six main temples, or Sad Kahyangan Jagad, so it’s worth the trek down to the very southern tip of the Bukit Peninsula. Uluwatu Temple is largely constructed from black coral rock, and offers some of the best sunset views on the island. 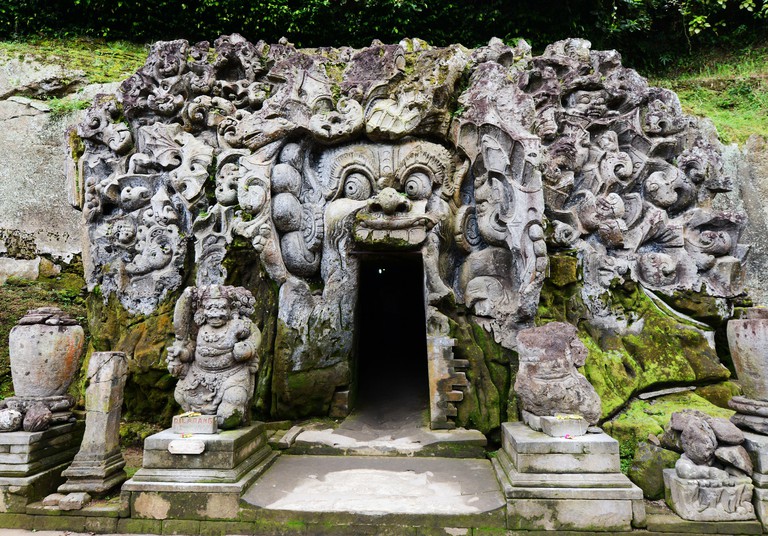 © Boaz Rottem / Alamy Stock Photo
The grounds of Goa Gajah – also referred to as the Elephant Cave – are deeply entwined with the jungle, right on the edge of Ubud. Enter through the mouth-shaped doorway, carved into a giant slab of rock. Outside, there’s an immaculate courtyard and two square bathing pools. Arrive before 10am for a quiet stroll through the gardens.
Give us feedback