The Adventure Traveler's Guide To Indonesia 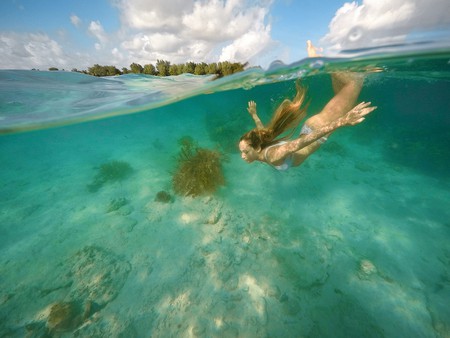 When people think of Indonesia, it is Bali that typically comes to mind. With its verdant rice paddies, colorful festivals and pristine beaches, Bali tends to eclipse Indonesia the way Paris does the rest of France. With Indonesia made up of more than 17,000 islands, paying attention to one corner of the country would be a mistake. From hiking in the wilds of Borneo to scuba diving in Wakatobi, The Culture Trip recommends the following adrenaline-pumping experiences for Indonesia bound adventure travelers. 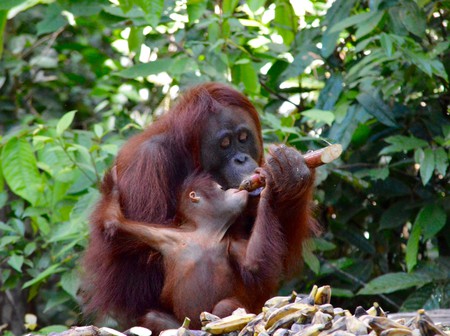 See the Wild Orangutans in Borneo

The riverboat cuts through the murky water as the morning fog slowly dissipates, unveiling the lush rainforest kissing the river banks. The sound of distant monkeys mingles with the choir of birds announcing a new day in this exotic locale. Welcome to Borneo, the third largest island in the world that is split between Indonesia and Malaysia. The country is best known for its rare population of wild orangutans that are native only to Borneo and neighboring Sumatra. The once-targeted animals now reside safely within the borders of the Tanjung Puting National Park. An overnight riverboat takes you into the heart of Borneo’s jungles where Camp Leaky — an active research center —studies the behaviors of its red-haired neighbors. A 3-day trip in Borneo may find you with dirt-streaked legs and sweat-drenched clothes but the adventure alone will be well worth the sacrifice.

While Borneo’s orangutans are majestic, distant and calm; Bali’s monkeys are in-your-face pickpockets that snatch umbrellas from hands and sunglasses off heads. The Balinese monkey is a macaque and at the Sacred Monkey Forest in Ubud, almost 600 can be found living amongst the moss-covered temples. The Monkey Forest is modeled off the Hindu philosophy of Tri Hita Karana, which focuses on the harmonious relationships between people, God and the environment. At the Sacred Monkey Forest, harmony is seen in the temple rituals, the preservation of the monkeys and rare plants as well as the harmony between this forest and the busy streets of Ubud. While a day spent at Monkey Forest isn’t exactly adrenaline-pumping, it is adventurous to venture into the world of these rambunctious and mischievous animals. 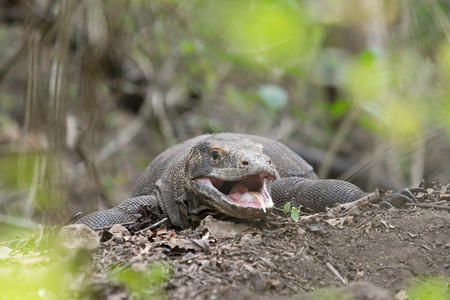 It’s quiet in Komodo, aside from the sound of dirt crunching beneath your sneakers and the wind blowing through the tower-like trees. A local guide cuts through the trail, his walking stick tapping the earth as he keeps a wary eye trained on the brush, scanning for Komodo dragons. Like something straight out of Jurassic Park, Komodo National Park is wild, ancient and far off-the-beaten-path. The park extends across numerous islands with Flores, Padar and Rinca as the main destinations. Travelers are drawn to Komodo to see the dragons that call these islands home. Komodo Dragons can grow up to 10 feet in length and weight up to 300 pounds; their size is enough to intimidate but add their venomous bite and you have a real predator for the monkeys, deer and humans on the islands.

5:30am and for once you’re not lamenting the early morning hour. You’re perched atop a mountain with the sort of view that can turn the most hardened soul, spiritual. The morning fog kisses the side of the volcano as the surrounding peaks peer from the mist. As the sun hits, the mountains come alive with orange-red hues painting the scene in front of you. This is Mount Bromo, one of the world’s most active volcanoes and Indonesia’s most hiked mountain. At over 7500 ft, Mount Bromo rests in Bromo-Tengger-Semeru National Park in East Java. While there are sunrise tours to Mount Bromo that include a car ride to the summit, these tours tend to be crowded with tourists. An alternative is to hike to the summit, which takes you away from the cars and crowds so you can have a transcendental moment high above the rest of the world. 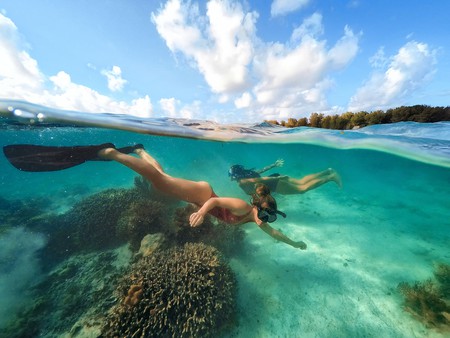 Scuba Diving and Snorkeling in Wakatobi

Arriving in Wakatobi is like stepping into that dreamy screensaver you stare at on long days at work. The islands are what Bali must have looked like long before it was dubbed “the Island of the Gods” and invaded by tourists. The islands that make up Wakatobi in southeast Sulawesi are home to the largest reef outside of the Great Barrier Reef in Australia. According to the Indonesia Tourism board, Wakatobi is home to 942 types of fish and 750 coral varieties, making the islands the epicenter of marine biodiversity. A hot spot for scuba divers and snorkelers alike, the waters of Wakatobi are warm, clear and bursting with a kaleidoscope of colorful marine life.

It’s difficult nowadays to find a place that’s truly off-the-beaten-path. Almost every beach, mountain and forest now requires the sidestepping of selfie sticks. Sumbawa is perhaps one of the few places left that has yet to bare the markings of tourism. Found in West Nusa Tenggara, Sumbawa is a haven for pro surfers seeking their next big wave. Of the many surf spots that Sumbawa boasts, Lakey Beach is the most popular. With Lakey Beach facing a reef, the waves are said to be fierce and not for the faint of heart. In other words. Lakey Beach is hardly the place to test the waters as a novice surfer.