The 10 Most Inspiring Women to Know in Indonesia 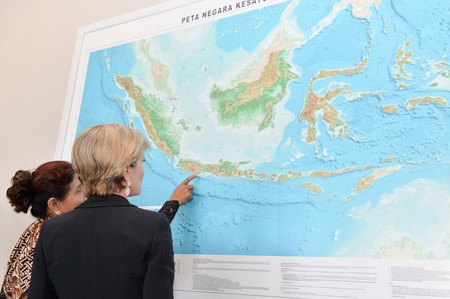 Although still often regarded and treated as the second gender, women in Indonesia are doing their best to break the ceiling and make a change. From politicians to fashion designers, discover the most inspiring women to know in Indonesia.

This inspiring lady came into the spotlight after her appointment as the Minister of Maritime Affairs and Fisheries in 2014. Before assuming office, she was already quite an accomplished entrepreneur, distributing and exporting seafood products to Asia and America as well as operating a charter airline called Susi Air. As a minister, the heroine came up as a unique figure that often does eccentric, anti-elite things such as patrolling in a pickup truck or appearing in casual attire with a cigarette in her hand. Some people seem to be fixated on the fact that Mrs. Susi never finished high school. Nevertheless, her achievements on boosting the fishery industry and enforcing laws on Indonesia’s water have proven her capabilities. The minister’s down-to-earth personality has also led her to be cherished as Indonesia’s favorite politician on social media. 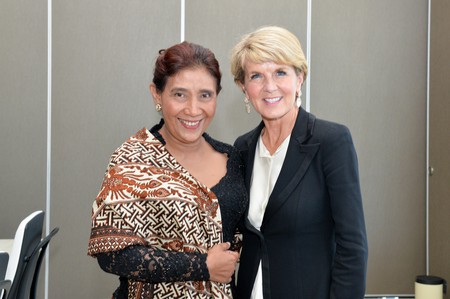 Sri Mulyani Indrawati is a leading economist from Indonesia. She was the country’s Minister of Finance twice, appointed in 2005 and 2016. However, her most impressive achievement lies in between the two periods, when she became the managing director of the World Bank. That makes Mrs. Sri Mulyani the bank’s most senior woman ever. Her attempts in improving Indonesia’s economic strength bore impressive results; during her care, the country hit its highest record of economic growth since the 1997 Asian financial crisis. In 2008, the economist was ranked the 23rd most powerful in the world by Forbes, as well as the most powerful woman in Indonesia. 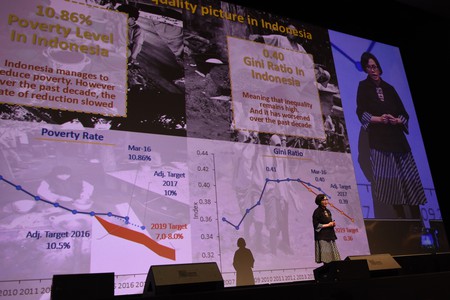 As a female fashion designer, Anniesa Hasibuan boldly brought Indonesia to the international fashion runway, introducing the nation’s rich culture to the fashion industry. She is the first designer to present a Muslim wear collection at New York Fashion Week. Her bold and relentless personality shines through her dashing yet modest fashion pieces. But beyond fashion and taste, this young woman is so mindful of social issues around her that she uses fashion to promote a bigger change and awareness. In another event, the fashion designer even cast all-immigrant models to present her masterpieces as a political statement against the anti-immigrant and anti-Muslim sentiment of the Trump administration.

#Repost from @zackyliciouss – #AnniesaHasibuan Fall 2017 #Collection Unforgettable beautiful moment on this February at NYFW Fall/Winter 2017, DRAMA. Much love to every women around the world ❤ Thank you February and welcoming March with new ideas ✨ #AnniesaHasibuan #AnniesaHasibuanOfficial #NewYorkFashionWeek #AHxNYFW@Regrann

A post shared by Anniesa Hasibuan Official (@anniesahasibuanofficial) on Feb 27, 2017 at 11:14pm PST

Christine Ay Tjoe is a rare breed of female Indonesian contemporary artists who has managed to make her works seen and appreciated by the international public’s eye. As one of Indonesia’s foremost female artists, her works are popular in international auctions as well as local galleries. As a senior artist who has been creating for decades, her heartfelt, intimate expressions through art also serves as a portrayal of Indonesia’s social transformation throughout the years.

In a vast archipelago like Indonesia, Butet Manurung’s initiative of alternative education for secluded communities goes a long way in improving the country’s overall literacy. She started Sokola Rimba, a school that applies an anthropological approach to indigenous tribes, embracing their customs to introduce science and literacy. Since 1999, the activist has left the glamour and comfort of the city and gone deep into the jungles to find ethnic tribes and develop ways to provide the necessary education for them. The Man and Biosphere Programme by UNESCO has recognized her and her work, and she also received the Magsaysay Award, often dubbed the Asian Noble Prize.

Karen Agustiawan was the president director of the government’s oil and gas company Pertamina for two terms until 2014, making her the first woman to hold the position. At 50 years old, she was also one of the company’s youngest ever directors. Due to her achievements and innovations in Pertamina, as well as the private sector, Forbes listed her first on the 2011 list of Asia’s Power Businesswomen. After her resignation in 2014, Mrs. Karen has been focusing more on education and international forums.

Mari Elka Pangestu is the first female Chinese Indonesian to hold a cabinet position in Indonesia, serving as Minister of Trade from 2004 to 2011 and Minister of Tourism and Creative Economy from 2011 to 2014. The tourism industry and creative economy grew significantly under her care, and she is greatly credited for improvements on creative sub-sectors such as fashion, handicrafts, performing arts, film, media, as well as sports tourism. As an active sponsor of local creative industries, she also made efforts to encourage Indonesian artists to keep creating, making the heroine widely respected and loved by young people. 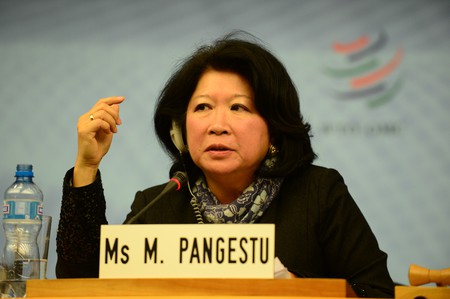 In 2015, Indonesian President Joko Widodo appointed nine women to form a selection committee, with the mission of picking the country’s head of Corruption Eradication Commission. The president handpicked Mrs. Destry to be the committee’s chief out of high respect and also because of her impressive and versatile track record as an economist who has worked at the government-run bank, embassies, and universities.

A legendary badminton athlete, Susi Susanti has become the epitome of a good badminton player in Indonesians’ daily discourse. Not just in her home country, the now retired athlete is also one of the most accomplished players in the history of the women’s game. Susi Susanti is the only female player to ever hold the Olympic, World Championship, and All-England singles titles at the same time. She also presented Indonesia its first gold in the Olympics in 1992. After retiring due to her pregnancy, the woman who also married badminton player Alan Budikusuma now manages a sports equipment corporation and sport physiotherapy centers.

After an impressive career at McKinsey in Singapore, an Indian IT company and another one in the U.S., Catherine went home to Indonesia and contributed greatly to her home country’s startup and e-commerce landscape by co-founding online retailer Zalora. The prominent e-commerce site is part of the Rocket Internet family and has received massive funding from big names including JP Morgan. Thanks to her strong analysis and managerial skills, Zalora now handles at least 700 transactions daily.