The 10 Most Beautiful Towns In Indonesia

Indonesia is one of the largest and most diverse countries in the world. Incredible natural landscapes including stunning ocean views as well as volcanoes, mountains and hills can be found across the country. Rich in history and culture, Indonesia is also home to a number of charming towns, ten of which we explore in the following list. 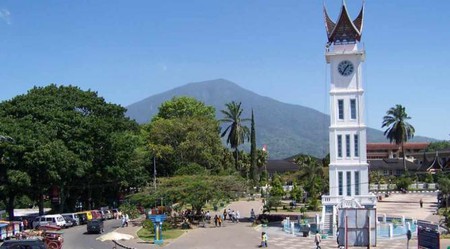 Bukittinggi is a charming little inland town located in West Sumatra. Set against the backdrop of two stunning mountains, and a beautiful canyon, Bukittinggi offers incredible views. Cobbled stoned alleys, colorful markets, and tasty street food can all be found around the clock tower, the most iconic building in Bukittinggi. This small town is also a cultural hub as it nurtures and preserves Minang traditions and customs. Only a short distance away from the city center, visitors can explore traditional villages with houses which boast typical Minang architecture. 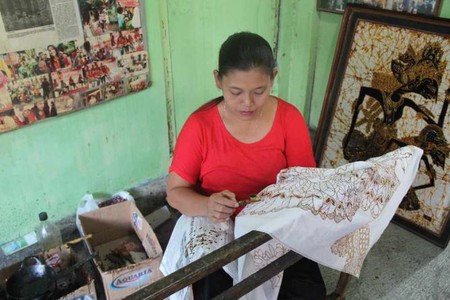 Yogyakarta, popularly referred to as Jogja, is one of the most charming towns in Indonesia where tourists go to soak in local culture. It has endless narrow alleys to get lost in while searching for street art, food stalls, puppet makers, batik and silversmiths. Without doubt, Jogja is the main cultural and historical hub in Java. It is the gateway to the country’s most magnificent temples, namely Prambanan and Borobudur. A visit there will certainly take you back in time to the two greatest kingdoms; one Buddhist, the other Hindu. 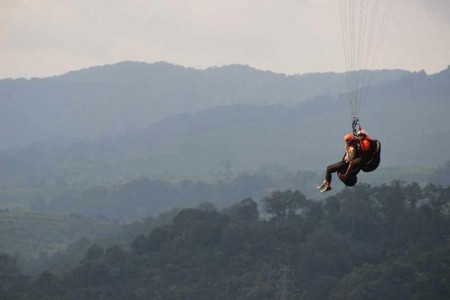 Paragliding I Courtesy of Sarine Arslanian

Just outside of Jakarta, Bogor is the perfect weekend escape for Jakarta’s city dwellers. The town itself is very charming, relaxing and green. It is home to the renowned botanical gardens, and is surrounded by beautiful tea plantations, and the Puncak mountain range. In addition to strolling around the botanical gardens, going on a safari tour, a berry picking experience, and paragliding in Puncak are some of the most popular activities that tourists engage in when they visit Bogor. 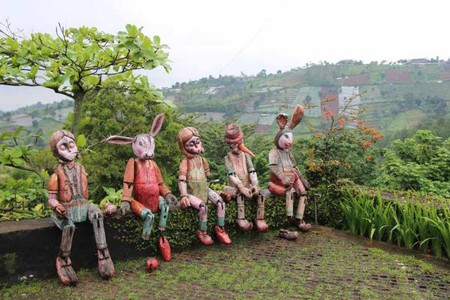 Located in West Java, Bandung is one of the coolest and most beautiful cities in Indonesia, often referred to as the Paris of Java. Nature lovers will be mesmerized by the scenic landscapes in and around the green city of Bandung, food lovers will find such a variety of mouth-watering dishes to suit their tastes, and fashion lovers will be delighted to explore the many outlets in the city. Finally, culture lovers will love the Angklung performances and the art galleries. 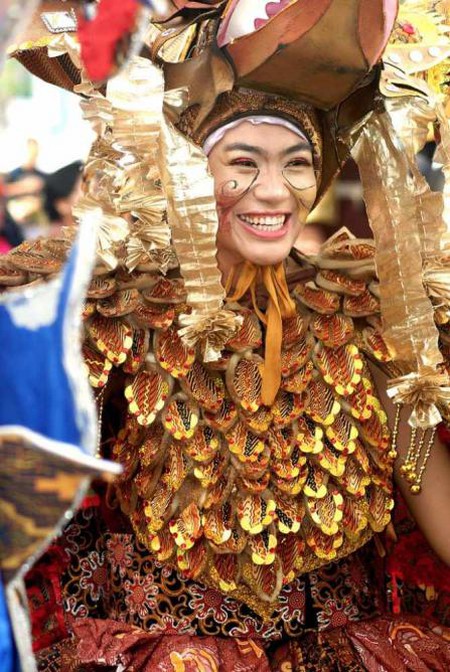 Located in Central Java, Solo bears many similarities with its twin sister, Jogja. However, as it is smaller in size and remains less touristy, it has preserved much more of a local Javanese character. Historically, Solo has been a major royal city, home to the royal enclaves of the Mangkunegaran Principality and the Kasunanan Kingdom. Today, the town has a thriving arts and culture scene and is a famous educational center. Batik is one of the art forms that they truly master here. Solo is also said to be home to the most softly spoken and charming people in the region. 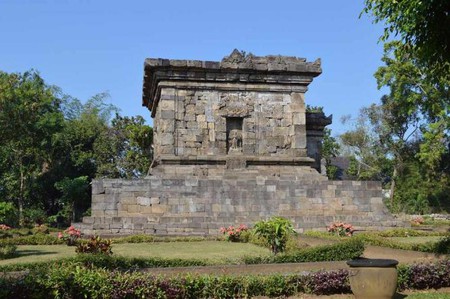 Situated in East Java, Malang is a stunning, cool and clean city in Indonesia which used to be the seat of the Mataram Kingdom. It is also a city which played an important role throughout history; this is reflected in the many historical remnants which are scattered around Malang. Rich in local culture, Malang has many temples that attract local and foreign tourists. In addition to the beautiful architectural sights of interest within the city, the stunning tea plantations, waterfalls and mountains are not to be missed. Malang is also home to many beautiful beaches such as Balekambang, Ngliyep and Sendang Biru.

Mount Arjuna on the road to Batu I | © MGA73bot2/WikiCommons

Back in colonial time, Batu used to be the charming hill town that welcomed Dutch visitors who went on retreats. Today, it is the wealthy Indonesians from East Java’s bigger cities who travel there the most, as they have built weekend villas up there. The beautiful town is an agricultural hub, and tourists can see apple orchards and orchid nurseries everywhere. It is surrounded by stunning mountains and hills all around, one of which, ‘Gunung Banyak’, is used as the paragliding site for both national and international competitions.

A stronghold of the Dutch in colonial days, Manado is home to the Minahasa people, and their culture, traditions and architecture are still preserved. Trade with the neighboring Philippines, and the spice trade with countries around the world were what made the town prosper for a long time. However, since the bombings of World War II and the local insurgency of the 50s, most of the older buildings lie in ruins. Nevertheless, the town remains prosperous by local standards, and is interesting due to the fact that, unlike most of the country which is predominantly Muslim, Manado contains a big Christian population. 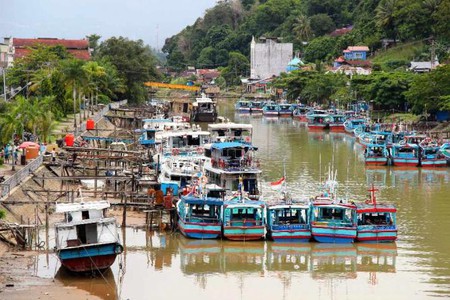 When Indonesians think about food, they regularly think about tasty Padang food. Indeed, wherever you go in the country, you will find a large number of Padang restaurants, which are very distinct with their buffalo horn-like curved roofs. So what better place to visit to relax and indulge in delicious food? Historically, Padang played a significant role as an important Dutch harbor town. The colonial period is reflected in the city’s architecture and tourists can visit the colorful and charming Dutch old town, and the harbor. The old Chinatown is a worth a visit too. 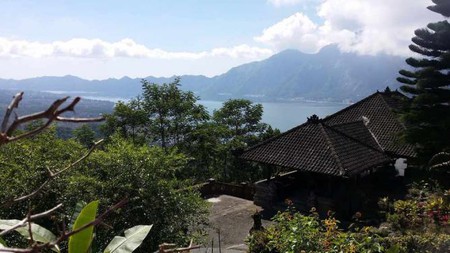 Located on the island of Bali, Ubud is a charming and relaxed rural town with beautiful rice terraces. It is the island’s cultural hub as many contemporary artists have decided to set up their studios and galleries in the area. Ubud is also where exotic festivals take place, and where tourists go for yoga retreats. Unlike other towns in Bali, Ubud has managed to preserve the island’s colorful and rich Hindu heritage. It has also managed to stay quiet and peaceful, far away from the party scene of Kuta.