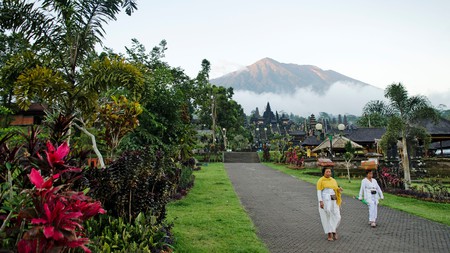 As staying in becomes the new normal, Culture Trip invites you to indulge in a spot of cloud tourism – experiencing the sights and sounds of a place without leaving your home. So, put on your slippers and let’s take a virtual – and utterly effortless – tour of Indonesia’s finest.

Indonesia, a sprawling archipelago brimming with dynamic cultures and natural wonders, is now slowing down due to the coronavirus pandemic. Since you, too, are self-isolating and cannot travel, here’s how to bring the country into your home instead.

Nasi goreng (fried rice) is the unofficial national dish of Indonesia, due to its widespread popularity throughout the country’s different cultures. Aside from the distinct savoury taste, the beauty of nasi goreng is its versatility.

There is no single recipe to make nasi goreng. Other than key ingredients like rice, sweet soy sauce and garlic, you can throw virtually anything into the mix. The most ubiquitous version of nasi goreng is probably with egg. Some people like to add more flavours, such as shredded chicken, mutton, shrimp paste or any combination of those. 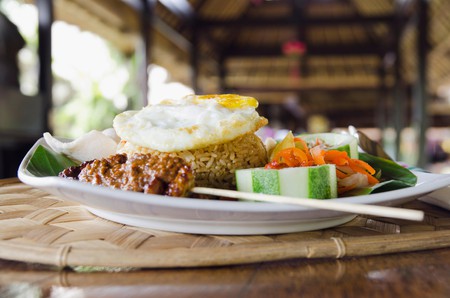 If you want to try this Indonesian comfort food, heat a splash of cooking oil, sauté some chopped garlic, scramble an egg and then fry the rice while drizzling it with sweet soy sauce. Add salt and pepper to taste (chilli if you’re feeling adventurous). Anything beyond that is up to you – mix it with your favourite side dish or whatever you have at home.

Jamu is Indonesia’s prized ancient herbal recipe that has boosted the health of many generations. Depending on where you live, you may be able to find instant jamu – perfect for home brewing – at your local supermarket. If that’s the case, making your own can be easy and fun. For something refreshing, try the beras kencur recipe, which helps boost the immune system. Kunyit asam (turmeric-tamarind) is another popular option as a tangy, warming beverage that has the added benefit of easing inflammation. 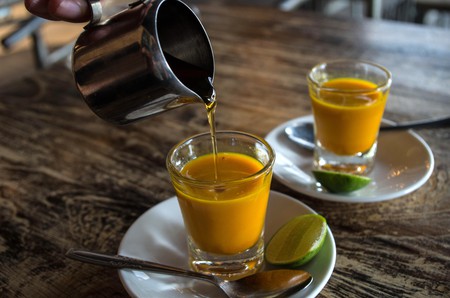 Get into indie Indo

In recent years, Indonesia’s independent music scene has been flourishing with fresh, unique voices. Some of these artists even dominate the charts and stages across the nation, alongside major international names. If you’re not confident about your Bahasa Indonesia, start with a few English-language songs by Stars and Rabbit, The SIGIT or Frau.

If you want upbeat tunes to dance to, a spot of dangdut will lift your spirits. Dangdut is Indonesia’s indigenous music and employs a breadth of musical instruments, from electric guitars and traditional sitars to a lot of percussion instruments. Classics from Rhoma Irama and Elvy Sukaesih or contemporary ones from Via Vallen will entice you to get up and move to the beat. 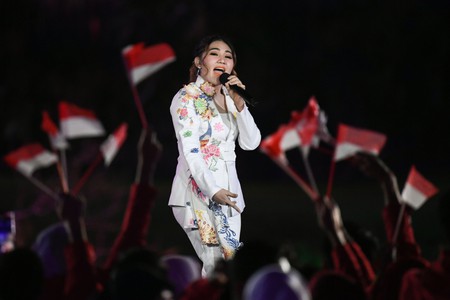 When the nation’s most creative and brilliant minds meet a rather conservative government, that results in a pretty long list of banned artistic creations, including films. Some of these films have instead been screened overseas, where many received prestigious awards. The Act of Killing (2012) reveals hushed stories about the Indonesian mass killings that took place between 1965 and 1966. Despite being nominated for an Academy Award in 2014, this film was never shown in any of the mainstream theatres across Indonesia. Memories of My Body (2018) was released in a limited number of cinemas only, as it was boycotted for its candid sexual narrative about a Javanese dancer.

Indonesia’s saman dance is normally a grand performance where a group of dancers kneel side by side and do some intricate, fast-paced hand claps and arm movements. But you can have fun learning the moves on your own (or with virtual isolation buddies!) from online tutorials. Start with a beginner course before graduating to a hard class (or just watch a really cool performance of colossal saman). 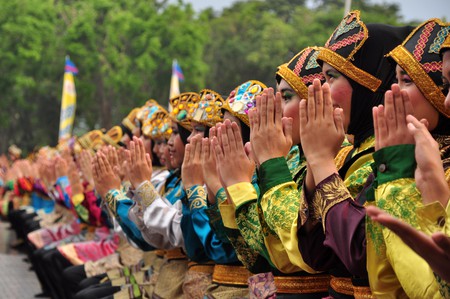 Saman is mostly done on your knees, so you won’t have to worry about stepping on someone’s toes. The hands and arms movements create beautiful, rhythmic claps that become its own music. You don’t even need any equipment or prior dancing experience. Just get in a kneeling position, and you’re set!