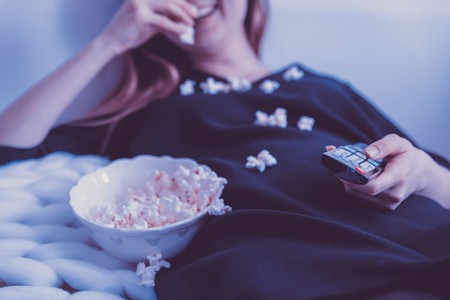 A soap opera genre both loved and hated by Indonesians, sinetron is a heady mix of class struggles, Islamic teachings and deus ex machina resolutions – all with a distinct flavour of the archipelago.

Indonesian sinetron TV shows are worlds filled with brutal clichés and absurd occurrences. Most plots seem to involve evil stepmothers, characters being hit by cars in slow motion, or babies who were accidentally swapped at birth. Some sinetrons verge on the fantastical, where Batman randomly shows up wearing a shiny costume, or the protagonist keeps a poorly animated dragon as a mode of transport.

Nowadays, Indonesian prime time TV is an empire ruled almost single-handedly by sinetron. The word is abbreviated from sinema elektronik (Bahasa for ‘electronic cinema’), a form of Indonesian soap opera. In Indonesia, sinetron has been a television fixture for almost as long as the screen’s existence as a household staple. Nonsensical as they are now, sinetrons have not always been this way. The first sinetron serials shown in the country date back to the 1980s, while the nation’s first TV station, TVRI, was established in 1962.

A brief history of sinetron

Aku Cinta Indonesia (I Love Indonesia) and Losmen (Inn) are among the pioneers of early sinetrons in 1980s TVRI. At that time, sinetrons were aired weekly, or even monthly. During this time, the station also imported soap series, mostly from other Asian countries like the widely popular Oshin from NHK Japan. Despite fierce international competition, sinetron had a loyal Indonesian following, even though it wasn’t quite the craze it is now.

It wasn’t until the 1990s that Indonesia’s privately owned stations ushered in a sinetron renaissance. Talented local producers were hired en masse, creating a wave of fresh new titles that went on to define a generation. Raam Punjabi, an Indian Indonesian businessman, built an entertainment empire with its foothold in sinetron, earning him the title “Indonesian soap king”.

Fast forward to the modern day and sinetron continues its dominant reign over Indonesia’s TV screens. It has become common practice for stations to air sinetron starting as early as 5pm until at least 9pm, a sensible move considering the genre’s soaring ratings. In October 2018, at least 13 of TV’s 20 top-rated programmes can be categorised as sinetron. As many as 35 titles have been released in 2018 so far, and this number does not include the long-standing series from the years before. The longest-running sinetron, Tukang Bubur Naik Haji, has more than 2,100 episodes under its belt since premiering in 2012.

Sinetron uses a live-shoot system known in the Indonesian film industry as ‘striping’. No one really knows how the name came to be, but some say it was inspired from the tight-packed stripes on busy airtime schedule tables. Some call it ‘stripping’, which seems to fit the reality of depriving the shooting process of proper time and preparation. 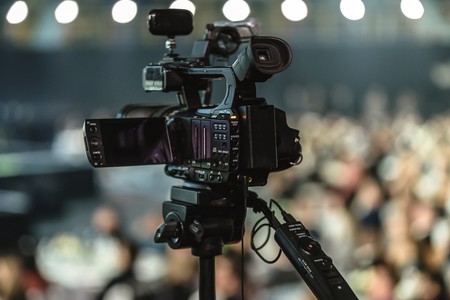 Sinetron is often made with hasty shooting process | © PhotoMIX-Company / Pixabay

Unlike pre-produced series, the hasty shooting process allows producers to create and air new episodes every single day, (or at least every weekday). Writers have very little time to brainstorm plot development and end up throwing conflicts around, often without a sense of continuity. Young, new actors barely have time to develop characters, resulting in rigid evil versus good in a black-and-white world. Crews are encouraged to get things done fast, because it’s only 24 hours before the next episode has to air.

Naturally, this has an impact on the quality of the final product. Writers rush to come up with a new storyline every day, actors and crews work overtime, and there isn’t much time to finalise pre-production steps. Hence why sinetron plots flow faster than human logic can follow, as the audience can see through the absurdity of drama often portrayed by sinetron.

In the sinetron world, a wealthy heiress falling in love with a humble worker from the lower classes looks like an everyday occurrence. Not to mention the prevalence of amnesia as the aftermath of any illness or accident. Sometimes random beasts and mythical figures make their way into the story. One time, a sinetron brought a poorly crafted rendition of Marvel’s Thanos onto the screen – just because people were buzzing about the newest Avengers movie. At one point, the popularity of the Twilight series even inspired a werewolf-themed sinetron, Ganteng-Ganteng Serigala (Handsome Wolves).

The Broadcasting Commission of Indonesia (KPI) has repeatedly reproved sinetron for presenting unrealistic stories, joined by critics and audiences who are concerned about the substandard quality. Regardless of this, the sinetron industry shows no sign of slowing down. Ratings are as high as ever, with popular titles being continued for the 1,000th episode, plots stretched as long as people are still watching.

Escapism for the working class

The struggles of the working class have been a long-running theme for many popular sinetrons. From the humble life of a rice porridge vendor trying to save money for umrah in Tukang Bubur Naik Haji, to a comical everyday drama of a bajaj driver in Bajaj Bajuri, many sinetrons have succeeded in recreating the real lives of their audience on screen. 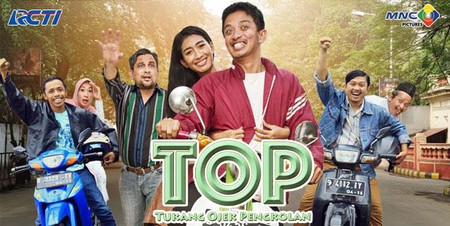 “Sinetron is a pleasant form of entertainment for me because I can totally relate to the stories,” says Wiwi, a minivan bus driver in Jakarta who spoke with Culture Trip. “Life is hard, but as long as we keep our faith and be forbearing, everything will turn out fine.”

For years, Wiwi has tried his best to catch every episode of Tukang Ojek Pengkolan, the country’s longest-running sinetron, which revolves around the household drama in the life of a motorbike taxi driver.

Morals of the story

Despite the excessive dramatisation and sometimes utter disregard of realism, sinetrons usually have an underlying moral message for the audience. Yovantra Arief, researcher and deputy director with Indonesian media study center Remotivi, identified ‘family’ as the gist of most sinetrons. Family has always been an important and treasured concept in Indonesia. Devotion to parents, manners towards the elderly and relationships with siblings are among themes found in most sinetrons.

“There’s always this elder or revered figure who has some kind of wisdom, and there’s this ideal image of a family or parental role model,” Arief explains. “After all, these series were first designed to be family entertainment.”

In its own universe of morals and ideals, sinetron rewards the act of respect or subjugation towards elders (even in the form of evil stepmothers), forbearance and solidarity. The promotion of these values is not unique to sinetron. Instead, the genre may be adhering to the format of local folklore and bedtime stories, which seem to operate within the same world of wisdom – teaching youngsters that it’s always better to be kind, obedient and loyal to your family.

In 2003, Rahasia Ilahi (Divine Secret) became the first Islamic drama to gain commercial success, a feat that ushered in the era of religious sinetron. By 2010, Indonesian audiences had already been offered as many as 335 Islamic sinetron titles.

Many popular Islamic sinetron nowadays revolve around the logic of azab, or divine punishment. An episode of azab sinetron calls for a kind of ‘sinner’, usually the most dishonourable of misbehaving husband, greedy boss, gamblers, drunkards and such. This character will enjoy a sinful but gratifying life oppressing other people, until azab comes in the form of the most painful death. We’re talking face burnt in a frying pan, eaten by worms, and, the newest sensation, struck by a meteor. 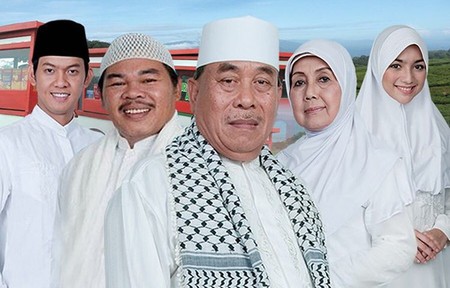 This kind of sinetron becomes more than just a form of entertainment – it’s how Islamic teachings become mainstream. In some cases, this is how children learn the tenets of the religion.

Some appreciate how Islamic teachings enter pop culture via the religious content of sinetron, while others argue against the oversimplified (but at the same time overly dramatised) portrayal of religious tenets, the commercialisation of religion, or inappropriate representations of Islamic teachings in gory divine punishments.

Presenting relatable cliches but at the same time bending realities, offering substandard quality that has proved to be enjoyable, the nation is torn between loving and hating sinetron. But sinetron will continue to reign on Indonesian television for many years to come.