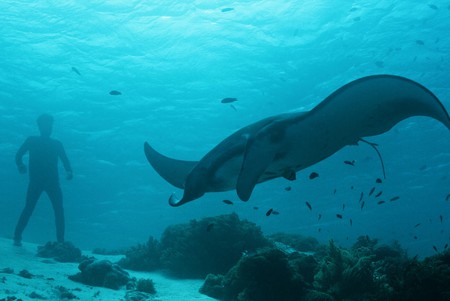 It took Michael Board 250 freedives to get enough footage for Novo Amor’s stunning underwater music video.

The famous freediver held his breath for up to three minutes for each shot as he performed multiple takes while swimming with sea turtles, snakes, eels, giant manta rays and a colourful array of fish.

The video for ‘Birthplace’, which was filmed by directing duo Sil van der Woerd and Jorik Dozy, is released today and aims to highlight the growing problem of plastic in the ocean.

Van der Woerd blasted the issue as a “rapidly growing tumour” and revealed the pair approached Novo Amor, otherwise known as Ali Lacey, with the idea for the video when they first heard ‘Birthplace’.

Board is seen in the video marvelling at the beauty of marine life until he comes across a plastic bag in the water and then looks up to see a pile of trash floating above him.

The serene beauty of the ocean is quickly replaced by an underwater nightmare clogged with plastic bottles, cans and wrappers.

For Welsh singer-songwriter Lacey, it’s an issue that needs to be dealt with urgently. 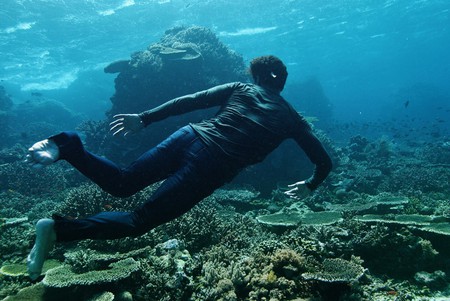 Famous freediver Michael Board was hired for the shoot | © AllPoints

“By not tackling the problem, we’re heading towards oceans that, by 2050, may contain more plastic than fish. The problem threatens our marine life, our entire food chain and our whole ecosystem.”

Freediving involves diving without any breathing apparatus – instead divers hold their breath until they resurface.

Brit Board, who now lives on the Indonesian island of Gili Trawangan, usually swims in a wetsuit with a mask, but he had to ditch those for the shoot.

Van der Woerd said: “For Michael, our freediver, there were many challenges. Normally he wears a streamlined wetsuit, fins, a mask, a nose clip and a snorkel. But in our shoot he had none of that. He had no fins and wore real clothes that soaked up water and didn’t provide any warmth.

Board gets trapped in a deluge of plastic waste | © AllPoints

“Michael couldn’t wear a mask, so he was practically blind underwater. Salt water was constantly stinging his eyes. In the footage, we see the turtle and manta ray in great detail. Michael just saw a blurry shape and often didn’t know whether it was coming towards him or getting away from him.”

The crew spent 35 hours underwater in Bali capturing footage. They filmed in two locations: Amed as it has calm waters and Komodo because of its pristine coral reef. 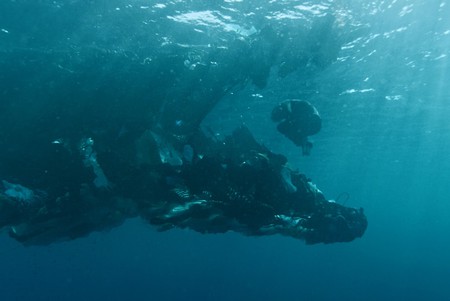 Until he gets swallowed up by a whale | © AllPoints

Local school children helped to collect the plastic to cover it in exchange for school books.

“The whale refers to the story of Jonah and the whale, in which Jonah is swallowed by the whale and in its belly repents and cries out to God in prayer. If we as humanity don’t change, we will become like Jonah, stuck inside the whale’s belly, stuck in an ocean of waste,” Dozy explained.

For Lacey, the video perfectly captured the essence of what his track was trying to say. 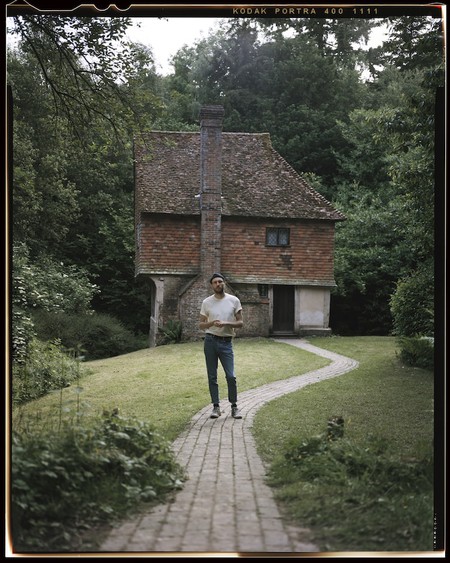 “‘Birthplace’ is about being enthralled by a memory, to the point of it breathing life through your actions and your character, almost like protectively not letting go, like a mother who obsessively lives vicariously through her children.

“To recognise a need for change, but not move on or take control of one’s actions is an unhealthy attitude in any situation. I feel like this is reflected in the video, where our lead character – essentially standing in as humanity – becomes surrounded by the self-inflicted and continuous damage to our world, our birthplace.”

‘Birthplace’ is taken from Novo Amor’s debut solo album of the same name, which is set for release on 19 October via AllPoints.