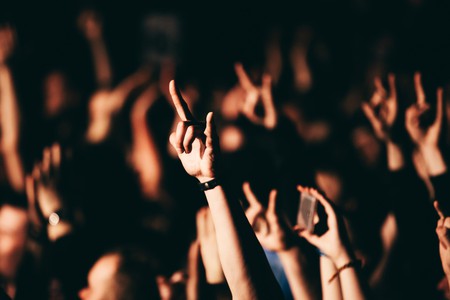 Three schoolgirls from Indonesia are defying Muslim stereotypes by playing in a heavy metal band, called Voice of Baceprot.

VoB have won widespread praise for their music and appeared on national television, but their success has come at a price – the girls have been on the receiving end of death threats and hate mail, with religious leaders opposing their gigs.

Roughly 90% of Indonesia’s 250 million-strong population are Muslim. Most of them are moderate, but the band reside in conservative West Java.

Kurnia, 16, told The Guardian: “We can play metal and protect our morals. Of course Islam and metal can match. Why not?

“Metal is a just a genre of music. The problem is it is often associated with bad things, but it doesn’t have to be.”

The band, who all wear hijabs, sing about social issues such as religious tolerance and are hoping to release an album.

Kurnia said: “We are dreaming of performing overseas, like in England or America.” Rahmawati added: “Maybe VoB could be famous.”

VoB, which means “noisy” in their ethnic Sundanese language, have already amassed thousands of fans on social media.

They were introduced to metal by their music teacher Erza Satia, who now acts as their manager. Slipknot, Rage Against the Machine and Lamb of God are credited as influences.

The band have an important message for young women in Indonesia.