Meet the Indonesian Artist Tricking Everyone with Fake Celebrity Photos

In the diverse and dynamic nation of Indonesia, social media is often a battleground for political debate, religion-loaded wrangles, and heated discussions about everything and nothing. And like every good debate, arguments are backed by plentiful facts and figures due to the rise of internet and technology that makes everything easier to find. Or does it? Meet the Indonesian artist tricking everyone with fake photos.

In 2016, a fiery national discourse was ignited by a photograph of Ahok, Jakarta’s then mayor, with an attractive woman on each arm – one of them landing a kiss on his cheek, much to the disdain of conservative Indonesians. It wasn’t long before people jumped in with their own theories, identifying those two women as escorts at Alexis, a well-known adult entertainment venue in Jakarta. 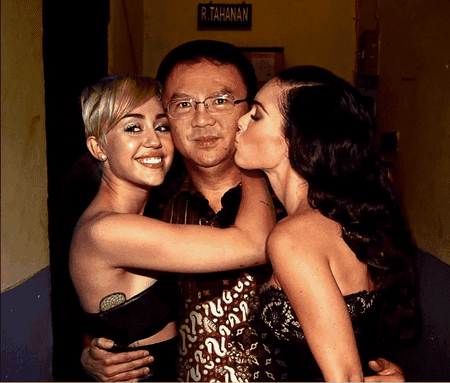 Of course, if you stop and examine the picture just for a second, you’ll see that the two women are Miley Cyrus and Angelina Jolie. The photo doesn’t make any sense. In reality, the encounter happened inside the Photoshop canvas of Indonesian digital artist Agan Harahap.

In this fast-moving digital world, no one’s got the time to stop and think, let alone fact-check everything the screen shows. We respond to pictures faster than reading the captions. We type comments faster than figuring out what it means, and click ‘share’ faster than knowing where it came from. 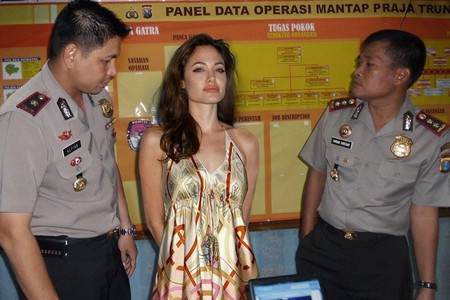 It’s surprising how a single image, albeit surfacing in the middle of political heat, could stir so much slanderous campaigning and tempestuous political debate over nothing. Beyond the odd internet conspiracy theorist who bets his ears that the picture is real, many others are much more invested in the doctoring skills of the artist himself.

Agan Harahap, the artist behind the photos, claims the nation’s weak internet literacy is fuelling the political and religious divides among people in Indonesia. across the nation. “This turbulent political situation made my timeline so boring,” says Agan Harahap in an exclusive interview with Culture Trip. “Everyone was fighting each other, everyone put forth arguments and series of news posts related to their own favoured political candidates or by posting the opposite candidate’s infamy, whether it’s true or a hoax”

He also admitted that the photos started off as a joke, but “when the photos spread and became believed by many, I enjoyed playing around the weakness of this community’s literacy more,” he explained.

Unlikely friendships and Justice For All

Agan Harahap’s extensive work disrupts ‘reality’ beyond the wild realm of Indonesia’s politics. In his ‘History X’ series, Agan rewrites history by creating an image of Indonesia’s first president Soekarno talking with Marilyn Monroe, Elizabeth Taylor, and Jackie O. Imagine how stunned he was when an archival foundation for Soekarno contacted him to get a hold of that image for their records. Or even stranger, when he overheard someone claiming to have seen the pictures before.

Others were much less believable, like the photo of Fidel Castro and Batman. It may look legitimate visually, but challenges everything we know about the ex-president and the fictional DC Comics superhero.

Haraphan’s ‘Justice For All’ series puts international celebrities such as Angelina Jolie, Justin Bieber, Rihanna, and Kim Kardashian under the custody of Indonesian police officers or even in jail. Beyond the flawless photograph, everyone should be able to question the narration suggested by the picture and whether it’s real. 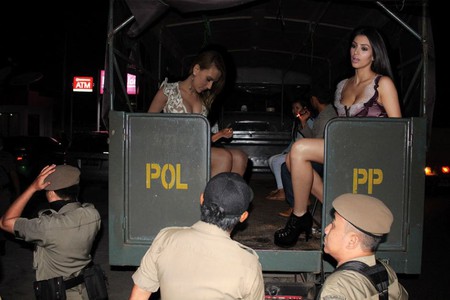 “I’m glad if anybody, or even the media just consume and believe the news I doctored. My goal is achieved when certain parties or media realise their mistake in spreading the news I created,” said the artist. With the upcoming elections in Indonesia next year, Agan is keen to see the dynamic discourse that will undoubtedly emerge on social media, and what new works he can create from it.