Krakatoa: The Volcanic Eruption That Shook The World 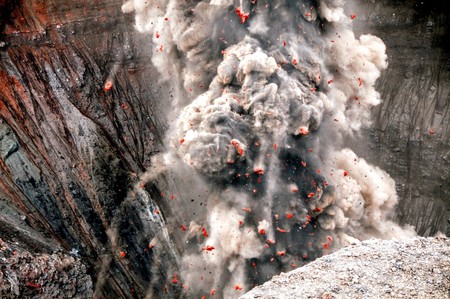 Observable from the western coasts of Java and Lampung in Sumatra, Krakatoa is a delightful sight to behold. The volcanic island is also a promising destination for hiking and snorkelling. But beyond its stunning black sandy beaches and colourful coral reefs, Krakatoa made history when its 1883 eruption really shook the world, killing more than 36,000 people.

The eruptions and aftermath

It was a Sunday afternoon, August 26, 1883. The massive volcano spewed ash clouds about 35 km (22 miles) over the island. Krakatoa was in unrest, and had been so for a while. Signs of volcanic activity had been observable since May when a German warship spotted clouds of ash above the island and some localities experienced earthquake shocks. But the uproar was especially violent that day in August, as Krakatoa continued to let out explosions throughout the day, the cascading of materials to the sea creating a tsunami.

Terrifying as it sounds, the worst episode didn’t arrive until the next day. An early morning explosion at 5.30 a.m started a sequence of four deadly eruptions that led to even more catastrophic events. The largest explosion that day was so ferocious that it was heard as far away as Perth, Australia, about 4,500 km (2,800 miles) away from the volcano. 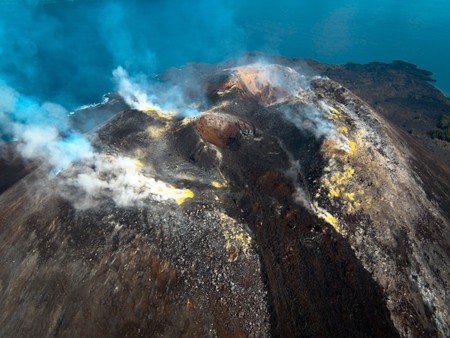 But the piercing sound, despite rupturing eardrums of people 600 km (400 miles) away, was barely significant enough to worry about. The explosion was tantamount to one from 200 megatons of TNT, if that comparison makes it any easier to imagine the massive blast and consequent devastation. That’s also 10,000 times more powerful than the Hiroshima atomic bomb.

And even that was not the worst part just yet. The collapse of debris to the undersea caldera ignited a huge tsunami not long afterwards. At nearly 36 m (120 ft) high and with a violent bluster, the tsunami swamped nearby small islands, destroyed 165 coastal villages, and accounted for about 90% of the overall death toll from the catastrophe.

Everything went grimly silent after the final blow. Bodies were floating over the ocean and tsunami-washed lands. Ash clouds darkened the sky, expanding 440 km (270 miles) away, and people in Lampung and Jakarta couldn’t see the sun for days. Layers of gases filled the stratosphere, creating a filter that made the sky look odd, while the sun appeared otherworldly green, blue, and silver from different parts of the world. 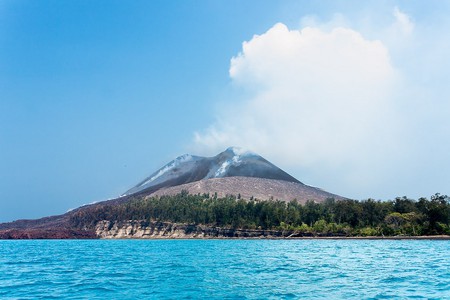 The aftermath of Krakatoa’s 1883 explosions continued. The average global temperature dropped by two degrees for the next five years. For months, the sky darkened globally and sunsets were flame-red. One day in New York, fire engines were dispatched after getting calls of an apparent firestorm.

When Krakatoa erupted in 1883, all but approximately 30% of the volcano was discharged with the blast. The remaining part, called the Child of Krakatoa, inherits its mother’s temper. Sitting on the ancient caldera that also gave birth to the great Krakatoa, this child volcanic island is not only active, but keeps growing as much as 4 m (13 ft) per year.

Child of Krakatoa has erupted many times since, although nothing as devastating as the 1883 events. Most times, this volcanic island is a seemingly harmless natural reserve and tourist attraction, popular for hiking and snorkelling. Its last eruption was in 2009, and scientists are still studying and speculating whether or when the next deadly eruption is due.