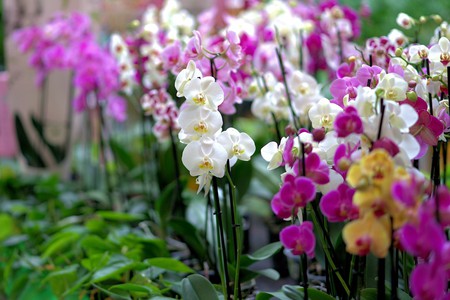 Not many people realise that Jakarta is more than its concrete jungle and notorious traffic — look beneath the surface and you’ll discover a treasure trove of hidden gems, from secret gardens to abandoned ruins.

On the surface, Jakarta may not appear to have many adventures to offer. While many are content with shopping or bar-hopping after a long day’s work, Culture Trip invites you to go beyond the mainstream and discover the city’s hidden gems. From natural attractions to other unlikely destinations, discover Jakarta’s best-kept secrets.

This vast urban forest is strategically located and provides your daily (or even weekly) fix of fresh air. It’s also hidden enough to not have you bump into every other weary urban dweller looking for a quick stroll in the greenery. Other than the whopping 4,800 trees of 63 different species, this space also has children’s rides, playground, and a peaceful lake.

The historical landmarks and stories surrounding this cemetery make it a fantastic (if unlikely) spot to spend an afternoon. Originally a burial ground for Dutch noble families, the place was first established in 1795 as a final resting place for deceased foreign officials. Most of the remains have now been either relocated or flown home, but the majority of the iconic tombstones still stand as silent witness to some of the influential lives of Indonesia’s colonial past. It’s justifiable that a cemetery museum doesn’t exactly make a popular tourist destination, but give it a chance and you’ll be surprised to see the elegance, architecture, and fascinating stories most people have been missing.

Taman Prasasti Museum arguably is one of the most beautiful places in Jakarta. . The museum was formerly a cemetery, built by the Dutch colonial government in 1795 as a final resting place for noble Dutchmen. Known as Kebon Jahe Kober, the cemetery was built to accommodate the increasing number of death that was caused by an outbreak of disease in Batavia. . Kebon Jahe Kober cemetery is located close to the river Kali Krukut. This river was once used as a transportation mode for carrying the dead to the cemetery via boat. . In 1975, the cemetery was closed to make way for the construction of the Central Jakarta mayoralty office. At a request from the local government, some corpses were removed by relatives while others were taken to Tanah Kusir cemetery in South Jakarta. Many tombstones, sculptures, and statues were removed and damaged during the construction of the office and now only 32 tombstones remain in their original positions. . The cemetery was officially inaugurated as Taman Prasasti Museum on 9 July 1977, by Ali Sadikin, the former governor of Jakarta. . (Photos taken on Friday, 27 April 2018) . #tamanprasastimuseum #museumtamanprasasti #museum #cemetery #batavia #history

Literally meaning ‘roots house’, you’d think you’re in a scene of Jumanji or some hut deep in Borneo jungles when visiting Rumah Akar. Roots and vines are creeping on the sides of the brick walls, creating a peculiar atmosphere of eeriness and nostalgic warmth. Rumah Akar is an easily overlooked building when walking around the Jakarta Old Town complex, but once you find it, a fruitful photo session is guaranteed.

Do what makes your soul shine 👌🏻 . . . Peninggalan bersejarah

To find a verdant garden in the middle of concrete jungle is a delightful surprise, but imagine the thrill of spotting a dreamy museum nestled in the centre of that garden. This private residence and museum brings home Indonesia’s heritage objects obtained from auctions abroad. Statues, paintings, and other artifacts are displayed neatly throughout the rooms and gardens. As this is also a private home, visitation requires prior reservation.

A mosque hidden amid tall apartments and office buildings wouldn’t be an odd sight to see in Indonesia. But throw in a boat and it’s definitely one of the quirkiest scenes in the city, one missed by most due to its unassuming location. Inspired by the story of Noah, an ‘ark’ was built alongside the Agung Al Munada Darussalam Baiturrahman Mosque in Casablanca, earning it the nickname ‘Masjid Perahu’ (or the ark mosque). The ark mosque also has 20 collections of ancient stones and a giant Qur’an.

Bidadari Island is known as a resort isle, nearest to Jakarta compared with its other sisters in the Thousand Islands archipelago. But more than idyllic beaches and villa-front hammock, this island is also a historic site, used as a quarantine island during the early colonial era. Despite the new face of luxury, that past is imprinted on the island in the form of ruins, fortress, and other warfare artifacts. Martello Fortress has been devastated by natural disasters, especially the 1883 Krakatoa eruption, but some parts of the structure remain standing, enticing the sense of wonder and curiosity in daring travellers who come all the way to visit.

Avid flower collectors may not be strangers to this orchid garden in South Jakarta. But for the rest of us, the idea of a colourful orchid garden in the bustling part of the city may sound like a dream. But dreams do come true, and five hectares of flamboyant orchids in different breeds and colours invigorate the area. If the lovely sight and smell inspire you to start an orchid collection of your own, just point and purchase to bring home your first flower pot.

It’s no secret that Taman Ismail Marzuki (TIM) is one of Jakarta’s liveliest art and culture hubs. But only a few have ever heard of the small independent bookstore inside the extensive complex. Galeri Buku Bengkel Deklamasi sells mostly used books and cassettes accumulated throughout the decade. Dedicating time to comb through the unassuming shelves will grant you some rare finds and delightful surprises along the way, the ones you can bring home for an affordable price.

Secondhand bookstore visit and other adventures ‘round Jakarta before this birthday girl (+6 days late) leave for Oz. #waitforme #optimisticallyoptimistic